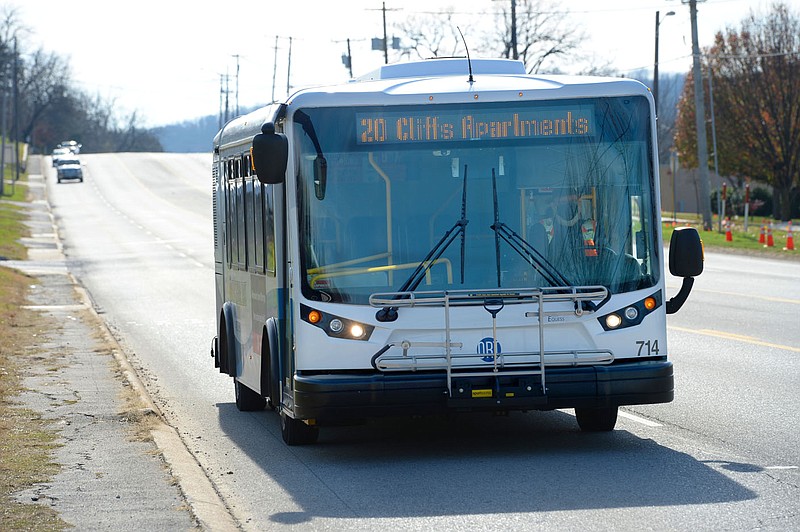 The authority overseeing public transit in Northwest Arkansas should better reflect who pays for the service, transit officials said Wednesday.

A new plan envisions a more urban focus on transit in the region with representation on the board commensurate with how much money a given entity contributes. Alliance Transportation Group developed the plan, called Connect Northwest Arkansas. The current board makeup gives equal voting rights to four counties and four cities, some of which contribute little or nothing to public transit costs.

Mike Lanier, who represents Madison County on the board, said he understands the urban shift, but also hopes rural areas retain some voice in the process.

"I think that we should be urban focused, but I do want to keep the people in the rural communities engaged somewhat in ORT, whether that is as a committee person or as a nonvoting, nonoffice holding member of the board. Just whatever the board thinks," he said.

Lanier said board involvement is important because federal money may be available that rural areas could use to provide better transportation options they might not be aware of otherwise.

"I don't want to see them just pushed to the outside, but, realistically, transit is going to go where the population is and who wants to fund it," Lanier said.

Voting representation on the board should be reserved for those who actually support public transit, he said.

"I'm tying voting rights to funding participation," Lanier said. "I think it is a wise move to go toward a structure that if you don't believe enough in the idea of transit to fund it, then you probably should not have the same type of voice as other governmental entities that are willing to fund transit."

Washington County's representative, Sharon Lloyd, said she thinks the county should remain a voting member of the board.

"I hope that's not even a suggestion, taking that away," Lloyd said. "That you would not be a voting member because we only focus on urban."

J.D. Allen with Alliance said it's less a matter of rural versus urban and more about who contributes.

"What they're saying is right now the urbans are the only ones paying any money into the system," Allen said. "So, all they're saying is let's see if we can come to some kind of consensus on what is a minimum payment that you have to pay to be a voting member, and it's the board's decision to figure this out."

Five local entities contribute 98.5% of all transit funding that comes from entities in the region, according to the Northwest Arkansas Regional Planning Commission.

Fayetteville, Springdale, Rogers, Bentonville and the University of Arkansas, along with state and federal government grants, pay for public transportation in the region to the tune of about $8 million a year. Washington County chips in about $23,000 a year and Benton County about $15,000. Carroll County and Berryville together contribute about $21,000.

Madison County doesn't contribute, yet they have the same voting weight on the board as other members.

Ozark Regional Transit officials say 96% of their ridership is in the urban area.

Implementing all of Connect Northwest Arkansas would require substantially more money than the region now dedicates to public transportation. The recommended way to increase funding is a one-fourth-cent sales tax that would be levied within the four major cities that make up the urban areas of Northwest Arkansas.

Hop on the bus, Gus

The Connect Northwest Arkansas public transportation plan is available on the Northwest Arkansas Regional Planning Commission website for those who want to check it out. Here’s the link: www.nwarpc.org/transit/connect-northwest-arkansas/ .