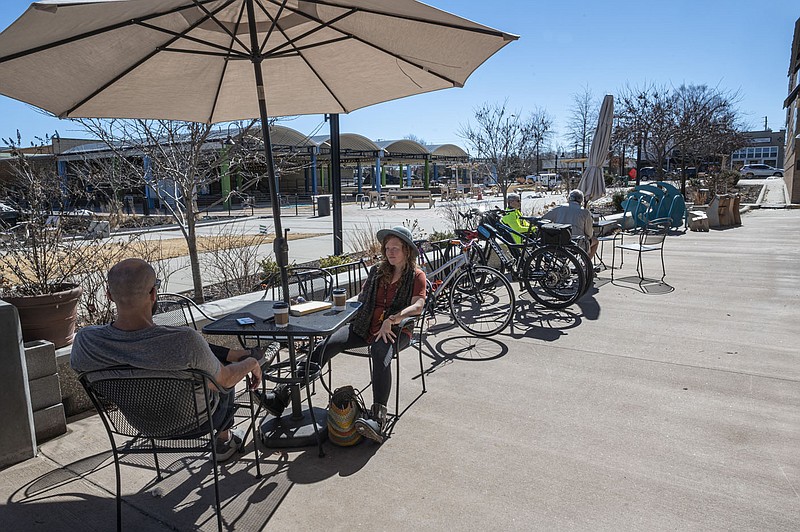 Gabe Carter visits with Madalyn Love Tuesday at Trailside Coffee Company off the Razorback Trail and across from Turnbow Park at Shiloh Square in downtown Springdale. Check out nwaonline.com/210224Daily/ for todays photo gallery (NWA Democrat-Gazette/Spencer Tirey)

SPRINGDALE -- The Downtown Springdale Alliance can count 28 new, developing and growing businesses in the city's central district last year -- despite the shutdown created by covid-19.

"The year was unprecedented," said Jill Dabbs, executive director of the Alliance. "But we never slowed down."

Dabbs gave the Alliance's annual report Tuesday night to the City Council. The city contracts with the Alliance for $50,000 per year to provide development efforts and events to support the revitalization efforts of the city's downtown district.

The contract has been the same for the last five years, although the Alliance's role has grown, Dabbs said. The Alliance keeps the calendar and schedules events for Shiloh Square and Turnbow Park. The group also administrates millions of dollars in grants awarded for development in the district, including Luther George Park.

The Alliance operates each year with a $300,000 budget, Dabbs said. Additional money comes from sponsorships and ticket revenue, she said.

In the district, customers can buy beverages from the bars and restaurants serving alcohol and carry their drinks as they walk, shop and gather downtown, Dabbs said.

Among the new and expanding businesses, 13 are restaurants, bars or will incorporate such entertainment in their projects.

"Here's the opportunities the outdoor dining district you approved have provided," Dabbs told the council. "This went a long way to support the restaurants and bars in the district during the shutdown."

The city in 2019 began work to create an arts district downtown. The district has brought investment in the arts, as well as a creative culture, art installations and makers' spaces, Dabbs said.

The city's establishment of an arts district also has recruited talent to Springdale to help local artists, she said.

The Walton foundation and the Arkansas Economic Development Commission provided grants to build facades for three store fronts on Emma Avenue that should be completed by early spring, Dabbs continued.

Dabbs reported, that because of the virus, the Alliance had to halt all planned public events until the fall. "But we figured it out," Dabbs said.

The Alliance recorded 5,000 people downtown for the four events it offered in 2020. The socially distant events included different opportunities for entertainment than in a nonpandemic year, Dabbs said. These proved so successful, the activities will carry on this year, she continued.

For example, Oktoberfest was spread out over a month rather than limited to one weekend, and the Dia de los Muertos event was moved from the Arts Center of the Ozarks to outside at the Shiloh Square, she said. 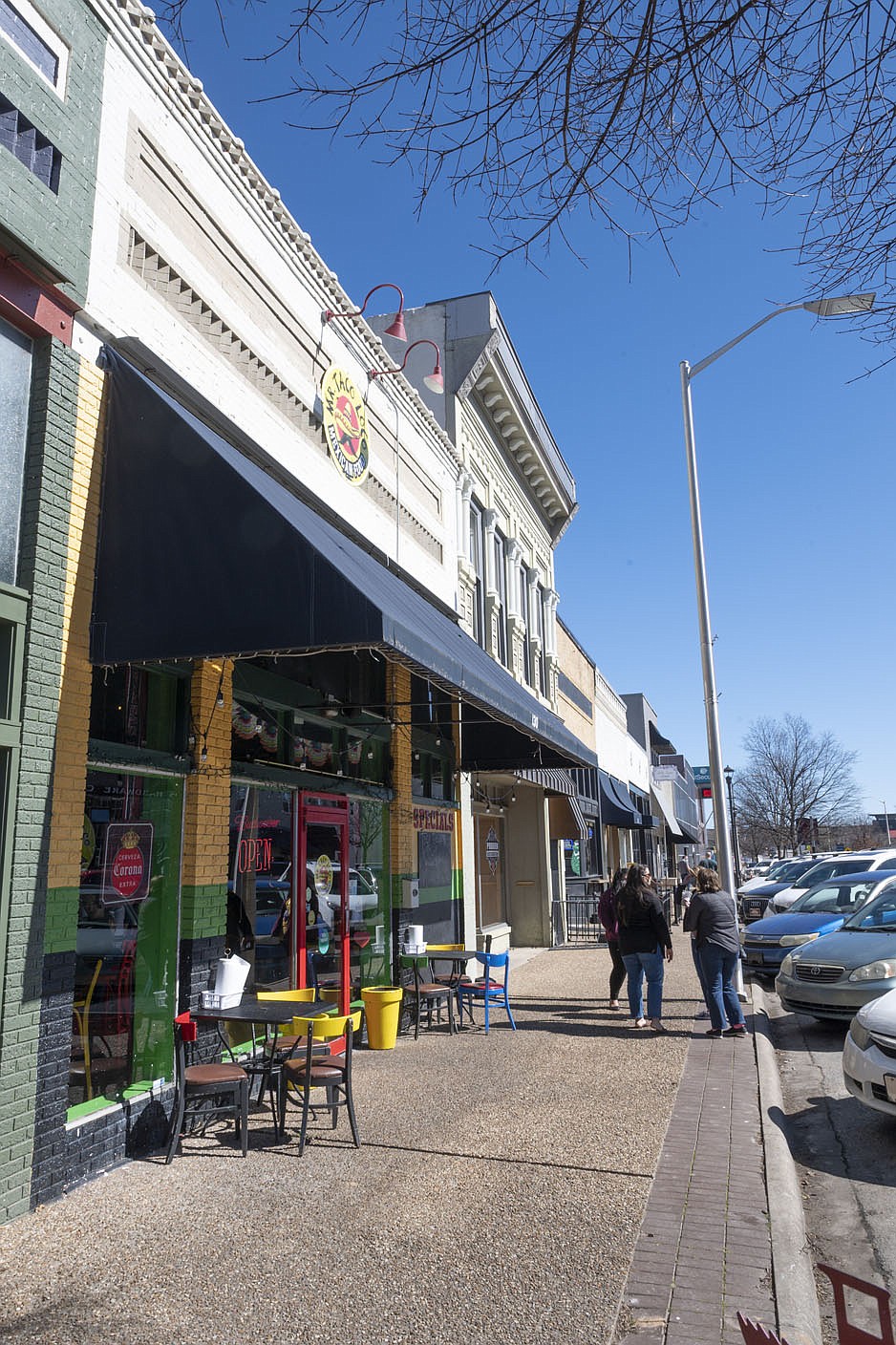