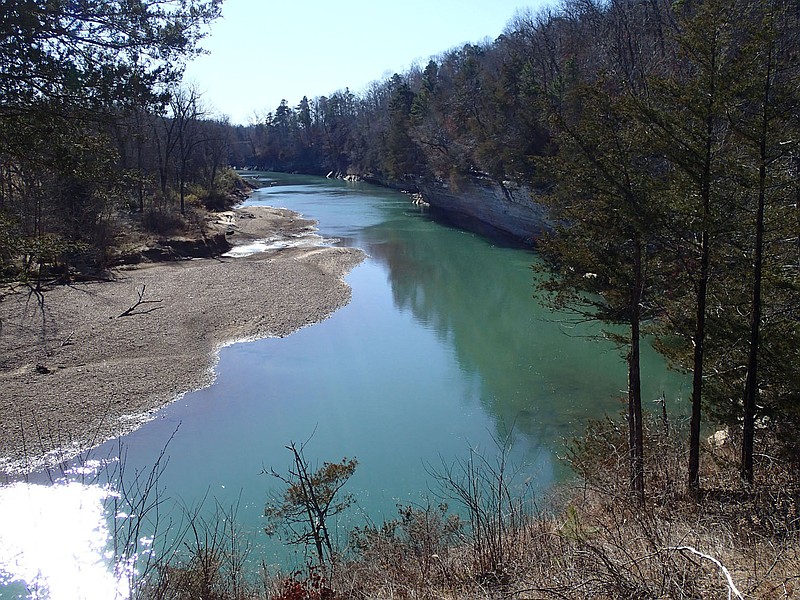 A high point of exploring the War Eagle Loop is a view of the War Eagle River from a bluff top. The overlook is about two miles downstream from War Eagle Mill. War Eagle Loop, at 6 miles, is part of the Hidden Diversity Multiuse Trail at Hobbs State Park Conservation Area. (NWA Democrat-Gazette/Flip Putthoff)

Miles of trails are pleasant strolls through the woods, but several Ozarks pathways lead to "the good stuff."

That could be a waterfall, spring or scenic view from a crag that juts from a towering cliff. A trek around the War Eagle Valley Loop at Hobbs State Park-Conservation Area offers a forested stroll, and "the good stuff" with grand vistas of the War Eagle River from a bluff top.

War Eagle Valley Loop meanders for six miles through the heart of the state park. It's part of the larger Hidden Diversity Multiuse Trail. This backcountry route has four loops and several short spur paths that would take in some 23 miles if a wanderer hiked, biked or rode a horse over the entire length.

The whole enchilada of six miles was more distance than a group of hikers wanted to chew on a frosty 20-degree morning in January. The hike-master took a vote. "Do you all want to hike the whole thing or get right to the good stuff?"

"Take us to the good stuff," was the unanimous chorus. The shorter hike would meander a tad over two miles to the river overlook, then two miles back for a total of around 4.5 miles.

Hikes on the War Eagle Valley Loop generally start at the Townsend Ridge Road trailhead two miles south of Arkansas 12 on Townsend Ridge Road. It's a good idea to sign in at the trail registry kiosk. The staff at Hobbs keeps records of trail traffic. Then if money is needed for trail improvement, they have some hard numbers to justify the expense.

The leader signed the register. Then the half-dozen hikers set out from the trailhead, eager to stoke their internal furnaces and warm up with a good hike.

This 4.5-mile out and back is fairly level and do-able for hikers of all abilities. Circle the whole six miles and there are a couple of moderate climbs that might rate a 6 on the wheezer scale.

Miles seem to pass quickly on hikes with a group. Conversation was lively covering the two miles and a little extra to "the good stuff" at the river overlook. The trail teases along the way, offering views of the War Eagle valley. In October, hikers can see the big tents of the War Eagle Fair arts and crafts one-half mile away as the eagle flies.

From here, the trail curves downhill to the bluff top and magnificent views of this lovely Ozark stream. Gaze off the left and hikers see the river as it flows downstream. Peek off to the right and one is looking upstream. War Eagle Mill is about 1.5 miles upstream from the overlook.

Turn around and hike back to the trailhead to complete the 4.5-mile hike or continue on to finish the 6-mile loop.

When the Hidden Diversity trail was planned in the early 2000s, War Eagle Valley Loop was part of the original design, said Mark Clippinger, superintendent at Hobbs. Building the trail was timely.

"It fulfilled a promise we'd made to the equestrian community to include horseback riding in the park," Clippinger said. "And about that time mountain biking was starting to take off."

Hobbs is 12,000 acres in size and is Arkansas' largest state park. Multiuse trail construction at Hobbs was funded by the state's one-eighth-cent conservation sales tax.

Clippinger said the Hidden Diversity Multiuse Trail is the second trail in Arkansas built to include mountain biking. Fossil Flats Trail at Devil's Den State Park was the first.

Laying out the multiuse trail route was done by Clippinger and Al Knox, who has since retired as the park's trail maintenance supervisor. Knox and platoons of volunteers, plus several Americorps workers, built the trail.

Part of the original route along a creek was relocated, Clippinger said, because floods kept destroying it.

War Eagle Valley Loop is a pleasant walk, bike ride or horseback ride through the park, whether it's around the whole loop or out to "the good stuff" at the river. 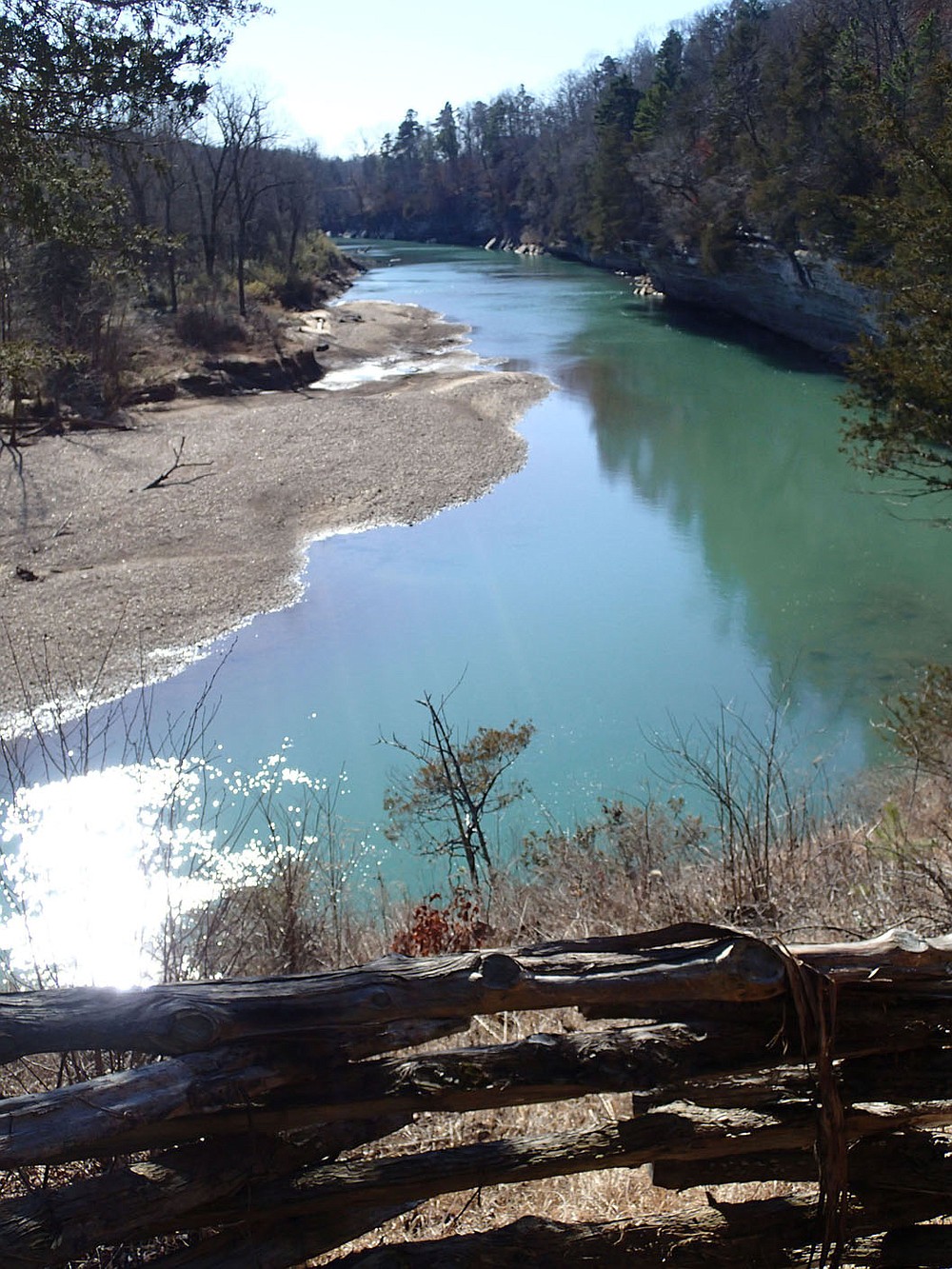 A high point of exploring the War Eagle Loop is a view of the War Eagle River from a bluff top. The overlook is about two miles downstream from War Eagle Mill. War Eagle Loop, at 6 miles, is part of the Hidden Diversity Multiuse Trail at Hobbs State Park Conservation Area. (NWA Democrat-Gazette/Flip Putthoff) 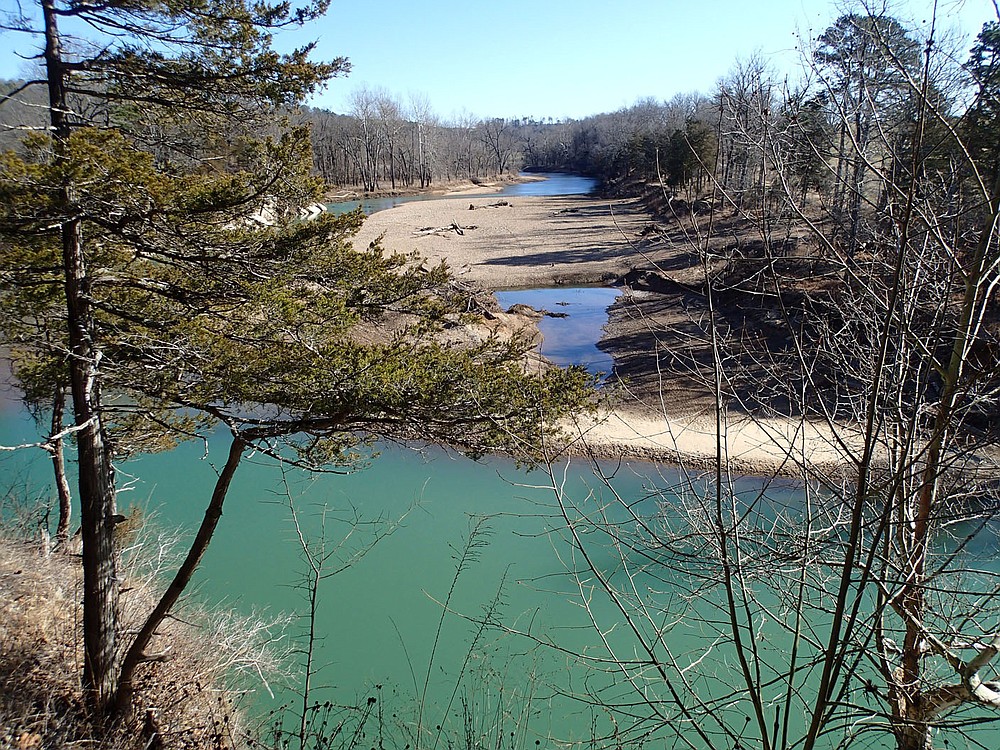 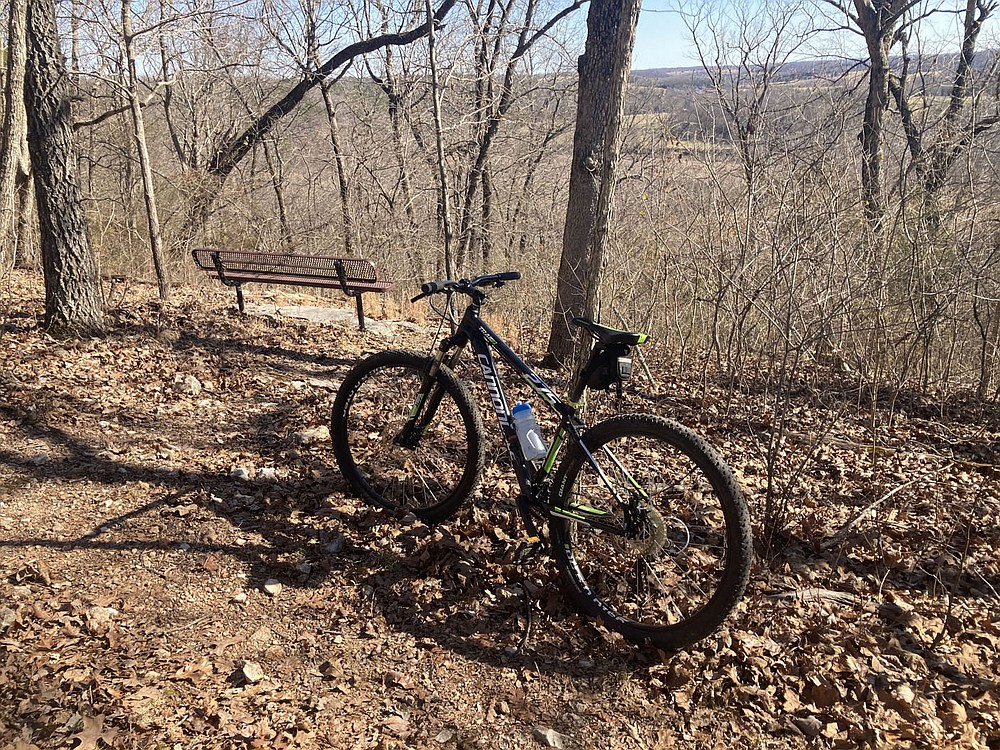 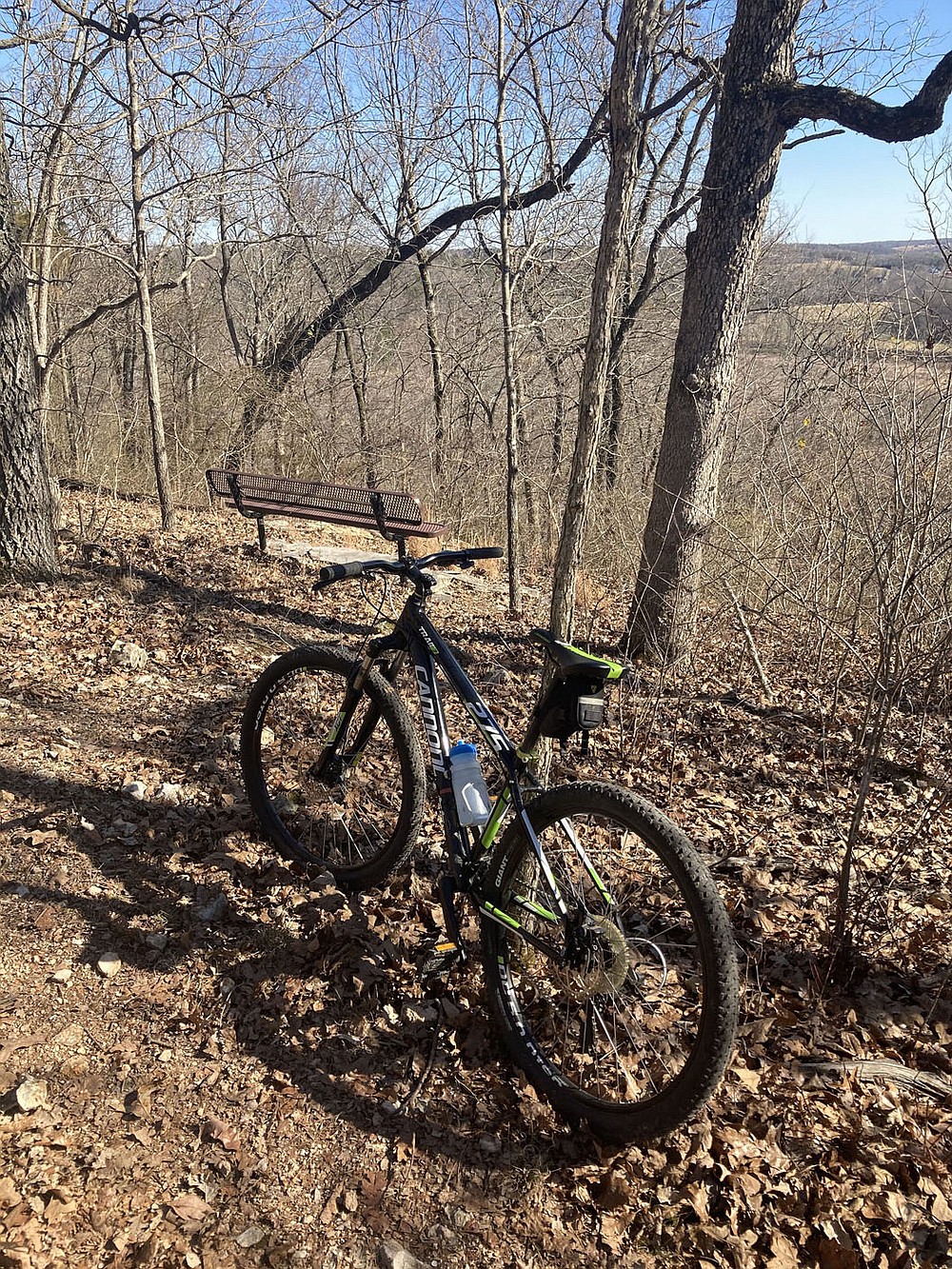 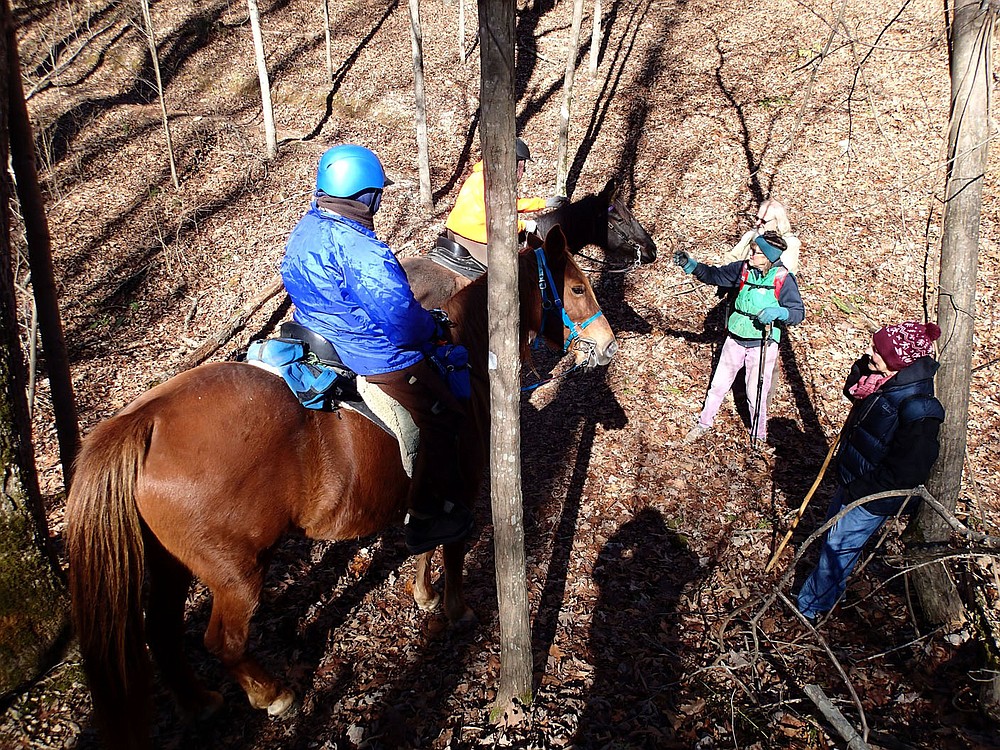 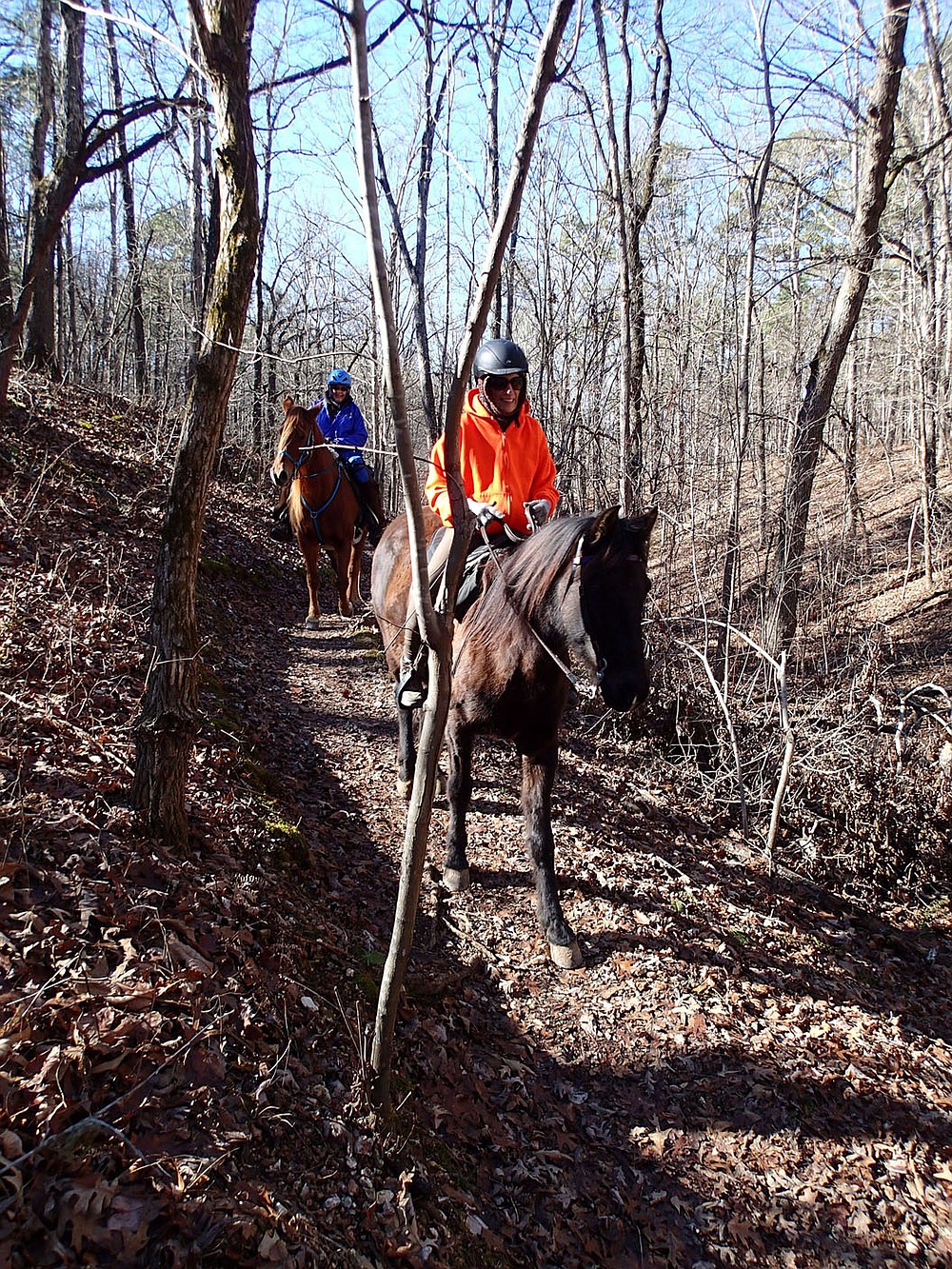 The trail name echoes one of the interpretive themes of Hobbs State Park-Conservation Area, reads the trail brochure. “With awareness, the diversity of life here inspires wonder and discovery.”

• Bashore Ridge Loop, three miles around, plus one-half mile access trail to the loop. This loop is recommended for first-time hikers and mountain bikers.