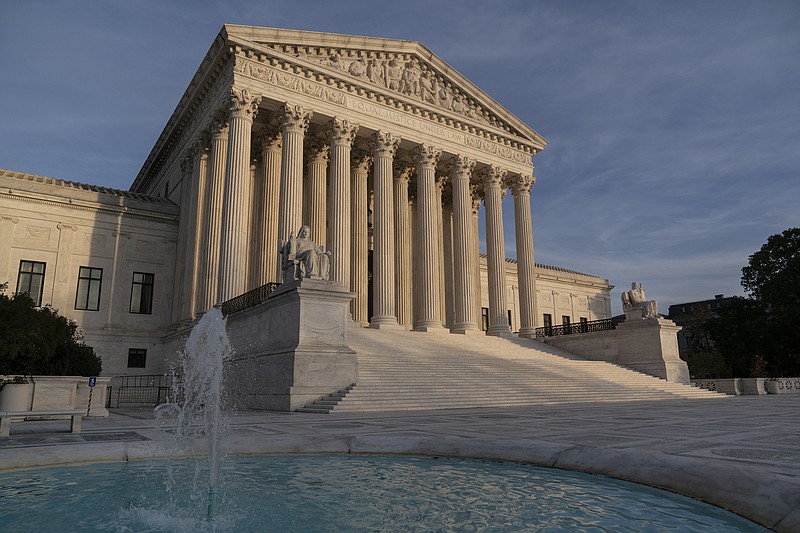 FILE - In this Nov. 5, 2020 file photo, the Supreme Court is seen in Washington. The Supreme Court will take up challenges to controversial Trump administration policies affecting family-planning clinics and immigrants, even though the Biden administration has announced it is reviewing them. (AP Photo/J. Scott Applewhite)

WASHINGTON -- The Supreme Court said Monday it will take up challenges to contentious Trump administration policies affecting family-planning clinics and migrants, even though the Biden administration has announced it is reviewing them.

The justices agreed to hear appeals over former President Donald Trump's policy that keeps taxpayer-funded clinics from referring women for abortions and the "public charge" rule that could deny permanent residency to migrants because of their use of food stamps, Medicaid, housing vouchers or other public benefits.

The cases won't be argued before the fall, and they could be affected by President Joe Biden's orders to potentially reconsider both policies. Biden called for a "top-to-bottom" review of the public charge rule earlier this month.

Federal appeals courts in Chicago, New York and San Francisco have invalidated the rule, but it remains in effect pending the final outcome of the cases, according to the Immigrant Legal Resource Center.

Under the Trump administration policy, applicants for green cards have to show they wouldn't be burdens to the country or "public charges."

Federal law already required those seeking permanent residency or legal status to prove they wouldn't be a public charge. But the Trump administration rule included a wider range of programs that could disqualify them.

Immigrant rights advocates deemed it a "wealth test," while public health experts said it would mean poorer health outcomes and rising costs as low-income migrants chose between needed services and their bid to stay in the country legally.

Last month, Biden also ordered a review of Trump's restrictions on family-planning clinics that caused Planned Parenthood to withdraw from the funding program rather than stop abortion referrals. The group serves 1.6 million low-income women and gave up about $60 million a year in federal funding.

Under the Family Planning Services and Public Research Act of 1970, often called Title X, federal money may not be used in programs "where abortion is a method of family planning."

Abortion rights supporters and opponents have argued for decades whether counseling a patient about abortion or referring a patient to a different provider for an abortion violates that language.

During Trump's presidency, religious conservatives opposed to abortion scored a major victory in their quest to "defund Planned Parenthood" because, among its many services, it is the largest abortion provider in the United States, and they viewed the Title X grants as an indirect subsidy.