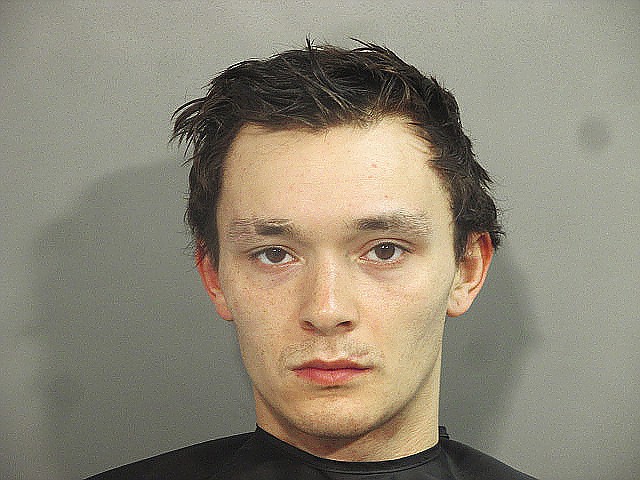 FAYETTEVILLE -- A bullet hit a customer's beer can on a table in a downtown bar Monday evening, but no one was hurt, according to a police report.

Police arrested a man, who said he shot at the bar, soon after the incident at Tables and Ale at 102 N. Block St.

Edward Montgomery, 23, of 6836 W. Wedington Drive was arrested in connection with aggravated assault, committing a terroristic act, tampering with physical evidence and possession of a controlled substance. Montgomery was being held Tuesday morning in the Washington County Detention Center with no bond set.

Officers went to the bar about 8 p.m. on a report of a shooting. The glass door and windows in the front of the bar had several bullet holes, according to the report.

Witnesses told police Montgomery fired the shots. Officers arrested him about 8:45 p.m. at his home.

Montgomery told police he had a .22-caliber pistol with him when he was at the bar, according to the report. He said he argued with a woman and several patrons told him to leave after he threw a beer can against a wall.

Montgomery said two men followed him to the door. He told police he pulled out the pistol and fired one round into the ceiling and fired twice more into the door and window after leaving.

He disassembled the gun and hid it at a construction site before going home, according to the report.

An officer found LSD in his wallet when Montgomery was taken to the county jail, according to the report.