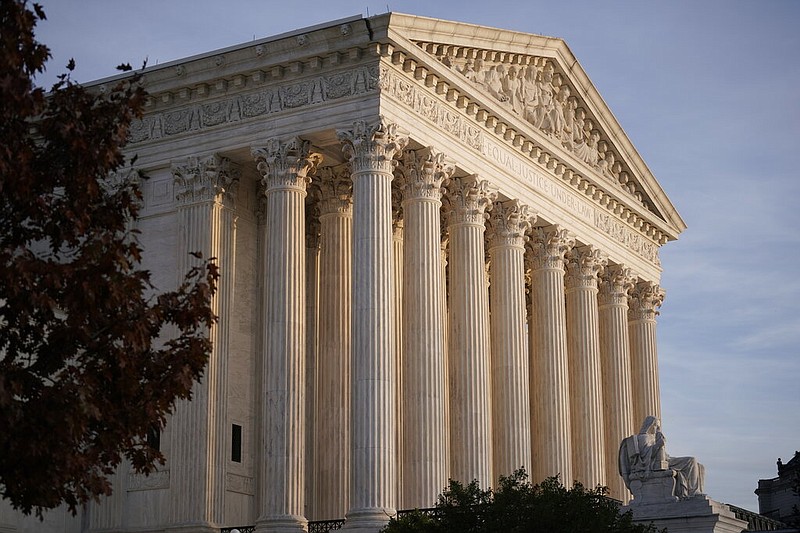 WASHINGTON -- The Biden administration Monday asked the U.S. Supreme Court to cancel March 29 oral arguments in a case involving the Arkansas Works program, pointing to what it called "greatly changed circumstances" in the case.

Rather than proceeding with legal challenges to Medicaid work requirements in Arkansas and New Hampshire, Department of Justice attorneys requested that lower court cases be vacated and that the "underlying matters be remanded" to the U.S. Secretary of Health and Human Services.

Arkansas Attorney General Leslie Rutledge opposed the motion, arguing that the case should proceed as scheduled.

"[T]hese cases are not moot," her office wrote in a 13-page response brief filed Monday. "Nor, given the Government's feeble justification for beginning that process, are these cases even likely to become moot."

New Hampshire has taken no position.

The Medicaid recipients challenging the work requirements have consented to the move, the administration said in its motion.

Roughly 70 million Americans are covered by Medicaid, a roughly $600 billion program that covers many poor and disabled Americans, including many in nursing homes. Pregnant women and their newborns also benefit.

The federal government covered 64.4% of the cost for Medicaid in fiscal 2019, with the states covering the other 35.6%, according to the Kaiser Family Foundation.

At issue are Trump administration waivers that allowed the states to condition Medicaid, in some instances, on the recipients pursuing education, community service or work-related endeavors.

Under Section 1115 of the Social Security Act, the secretary can grant waivers for "experimental, pilot, or demonstration" projects that are "likely to assist in promoting the objectives" of the program.

The statutorily established objective of Medicaid is to "furnish ... medical assistance" for those "whose income and resources are insufficient to meet the costs of necessary medical services."

On Feb. 14, 2020, the U.S. Court of Appeals for the District of Columbia Circuit said federal approval of the plan had been "arbitrary and capricious." In a unanimous three-judge appellate ruling, the court found that in approving the project without considering its effect on Medicaid coverage, the Department of Health and Human Services violated the Administrative Procedures Act.

The Biden administration has "preliminarily determined" that the work-related requirements would "not promote the objectives of the Medicaid program," the eight-page administration brief stated.

In a letter on Feb. 12, the department informed the states that it is "commencing a process of determining whether to withdraw" approval for the waivers, the brief stated.

The work requirements aren't being enforced due to the covid-19 pandemic, the administration added.

"In addition, the approval of Arkansas's work-related requirements will expire by its own terms on December 31, 2021," the Justice Department wrote.

Since the administration has already taken steps designed to rescind the waivers, the lawsuits no longer provide a "suitable context for the Court to address the question presented concerning the scope of the Secretary's authority to approve the Arkansas and New Hampshire demonstration projects."

In answer, Rutledge emphasized the tentative nature of the preliminary steps.

"To start, as of yet there is no changed circumstance at all -- only a proposed revocation," her brief stated.

In addition, the administration lacks the ability to unilaterally revoke the waivers, she noted.

Early this year, in the closing days of President Donald Trump's term, his administration and Arkansas officials signed an agreement making it harder for the federal government to withdraw or modify its waiver.

Under the terms of the agreement, Rutledge wrote, any revocation cannot occur "until nine months after the agency gave Arkansas notice of its proposed revocation."

"This is a politically motivated stunt designed to avoid a Supreme Court decision upholding a program that encourages personal responsibility while still providing healthcare coverage for those seeking gainful employment."