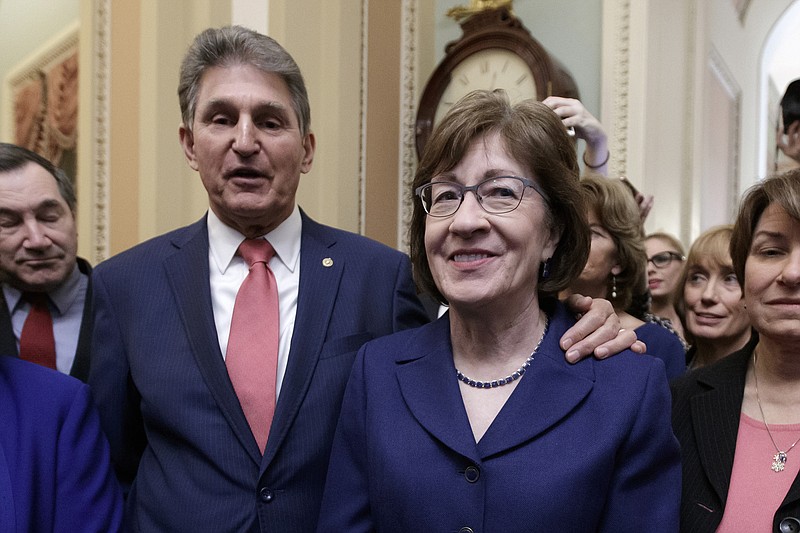 In this file photo from Monday, Jan. 22, 2018, Sen. Susan Collins, R-Maine, is joined by Sen. Joe Manchin, D-W.Va., left, and others as they celebrate the bipartisan effort to end a government shutdown, at the Capitol in Washington. Collins, a moderate Republican, is joining Manchin, a moderate Democrat, in opposition to confirming Neera Tanden, President Joe Biden's nominee for budget director. (AP Photo/J. Scott Applewhite, file)

WASHINGTON -- President Joe Biden's nomination of Neera Tanden to lead the White House Office of Management and Budget was thrown into doubt Monday as key moderate Republican senators said they would vote against confirming her.

Sens. Susan Collins, R-Maine, Mitt Romney, R-Utah, and Rob Portman, R-Ohio, are all expected to oppose Biden's nominee, almost ensuring she will be denied the crossover support needed in the evenly split Senate. Confirmation suffered a setback Friday, when Sen. Joe Manchin, D-W.Va., became the first Democratic lawmaker to oppose the confirmation of Tanden, who would be the first woman of color to lead the agency.

Tanden, who has served as a leading policy adviser to top Democrats, is known for her sharp tweets and views, and opponents noted her past commentary as part of their decisions.

"The tone, the content, and the aggressive partisanship of some of Ms. Tanden's public statements will make it more difficult for her to work effectively with both parties in this role," Portman said in a statement. "I will not be supporting the confirmation of Ms. Tanden."

With doubts growing about Tanden's chances for confirmation, the White House called her "an accomplished policy expert," and Biden said he was sticking with her.

During her confirmation hearings, Tanden apologized for her prolific attacks against top Republicans on social media. Tanden is a former adviser to Hillary Clinton and served as president of the liberal-leaning Center for American Progress.

[Video not showing up above? Click here to watch » https://www.youtube.com/watch?v=Oa1qGoLDNv8]

With the Senate evenly divided between 50 Republicans and 50 Democrats, and with Vice President Kamala Harris serving as a tiebreaking vote, losing Manchin means Tanden would need support from at least one Republican to win confirmation. But none appears to be stepping forward.

Collins said Monday that Tanden has "neither the experience nor the temperament to lead this critical agency," which heads efforts to ensure an administration's priorities are reflected in legislation and regulations. Collins blamed Tanden's past actions and said they "demonstrated exactly the kind of animosity that President Biden has pledged to transcend."

Romney will also oppose Tanden, a spokesperson confirmed, because of her rhetoric on social media.

The Senate Budget Committee is scheduled to vote on Tanden's nomination this week. It's the first real test that Biden has faced on a nomination, with most of his picks for Cabinet positions sailing through the chamber with bipartisan support.

Collins criticized Tanden for deleting tweets in the days before her nomination was announced and said that "raises concerns about her commitment to transparency." She said Congress "has to be able to trust the OMB director to make countless decisions in an impartial manner, carrying out the letter of the law and congressional intent."

"The OMB needs steady, experienced, responsive leadership," Collins said in a statement. "I will vote against confirming Ms. Tanden."

Manchin said bipartisanship is "more important than ever" as the nation faces many crises and suggested Tanden was overtly partisan.

"I believe her overtly partisan statements will have a toxic and detrimental impact on the important working relationship between members of Congress and the next director of the Office of Management and Budget," Manchin said in a statement.

Tanden acknowledged spending "many months" removing past Twitter posts, saying, "I deleted tweets because I regretted them." She said she regretted some of her "past language" on social media, but she refused to say she deleted the comments to help her nomination.

Republicans have signaled that Tanden's confirmation process may trigger a political battle unseen with other Biden nominees, given her history of criticism of GOP lawmakers she'd now have to work with.

Republican senators have griped about Tanden's "harsh criticism" and "personal attacks" in her tweets, such as calling Sen. Tom Cotton. R-Ark., "a fraud" and saying "vampires have more heart" than Sen. Ted Cruz, R-Texas.

Biden, asked Friday whether he would pull Tanden's nomination, said he wouldn't.

"I think we are going to find the votes and get her confirmed," Biden said.

Tanden, 50, has said her values reflect personal experience with the government programs she would play a key role in supporting. The child of Indian immigrants, her parents divorced when she was 5, and her mother spent two years on government support, food stamps and Section 8 housing vouchers in the suburbs of Boston before eventually getting a job as a travel agent.

Tanden has "lived experience having benefited from a number of federal programs as a kid," the White House said on Monday.

"Looking ahead to the committee votes this week and continuing to work toward her confirmation," White House press secretary Jen Psaki tweeted. 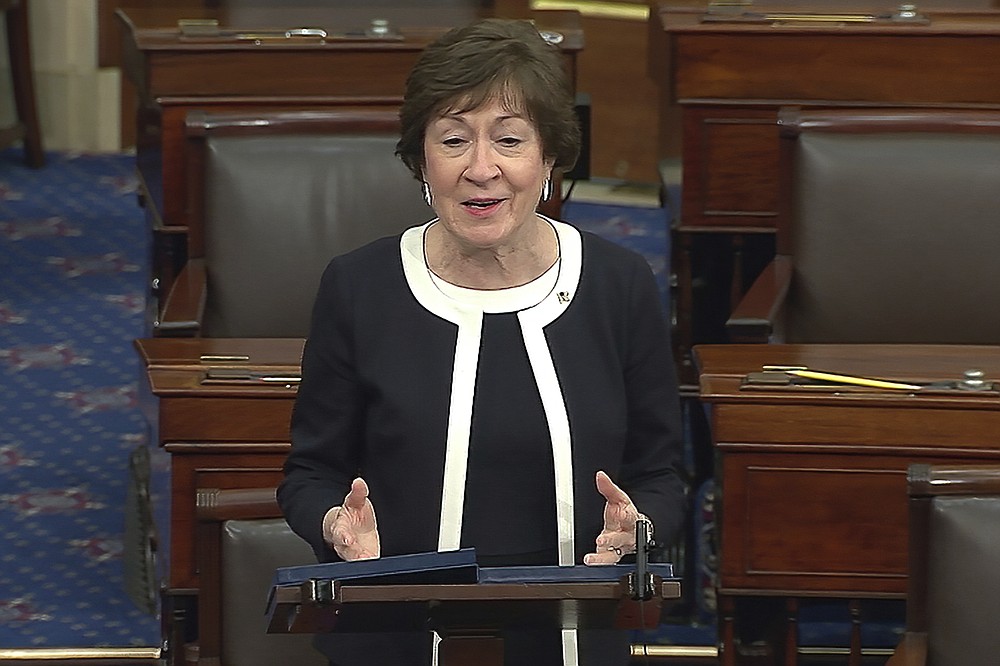 In this image from video, Sen. Susan Collins, R-Maine, speaks after the Senate acquitted former President Donald Trump in his second impeachment trial in the Senate at the U.S. Capitol in Washington, Saturday, Feb. 13, 2021. Trump was accused of inciting the Jan. 6 attack on the U.S. Capitol, and the acquittal gives him a historic second victory in the court of impeachment. (Senate Television via AP) 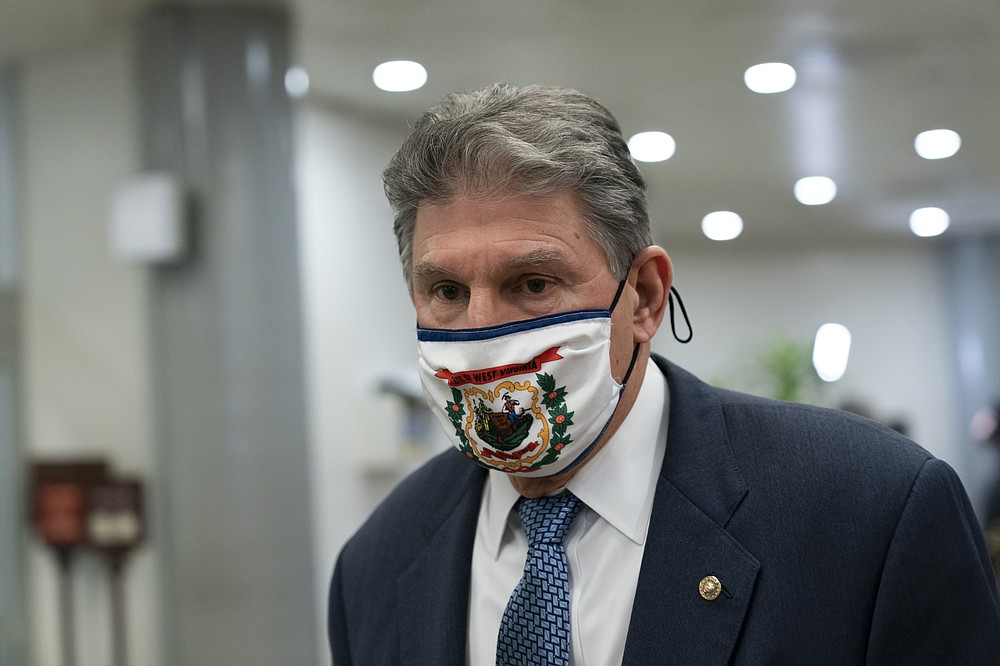 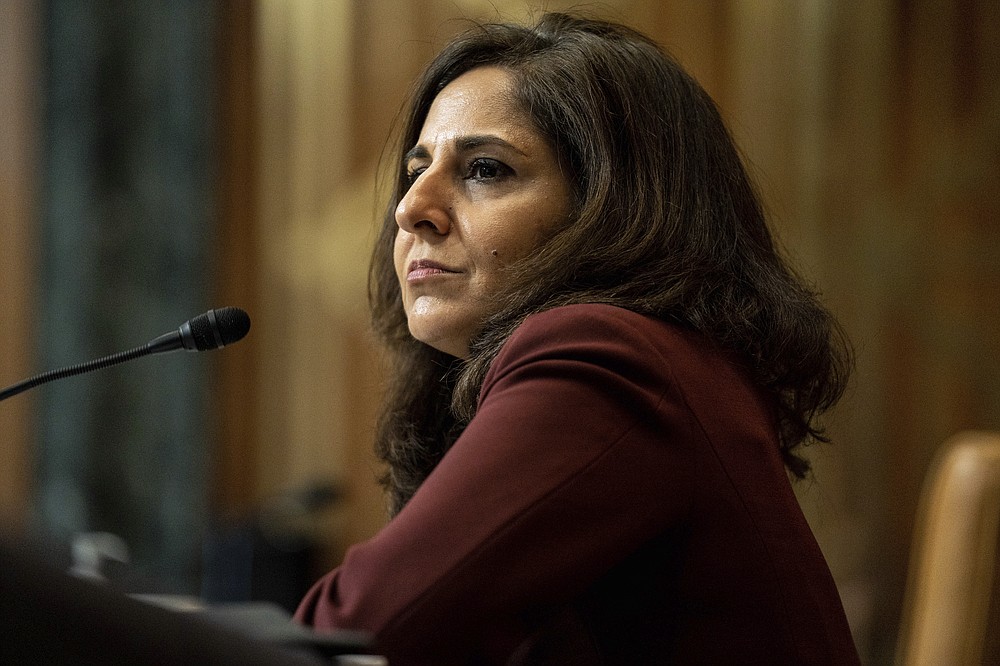 FILE - In this Feb. 10, 2021, file photo Neera Tanden, President Joe Biden's nominee for Director of the Office of Management and Budget (OMB), appears before a Senate Committee on the Budget hearing on Capitol Hill in Washington. (Anna Moneymaker/The New York Times via AP, Pool, File) 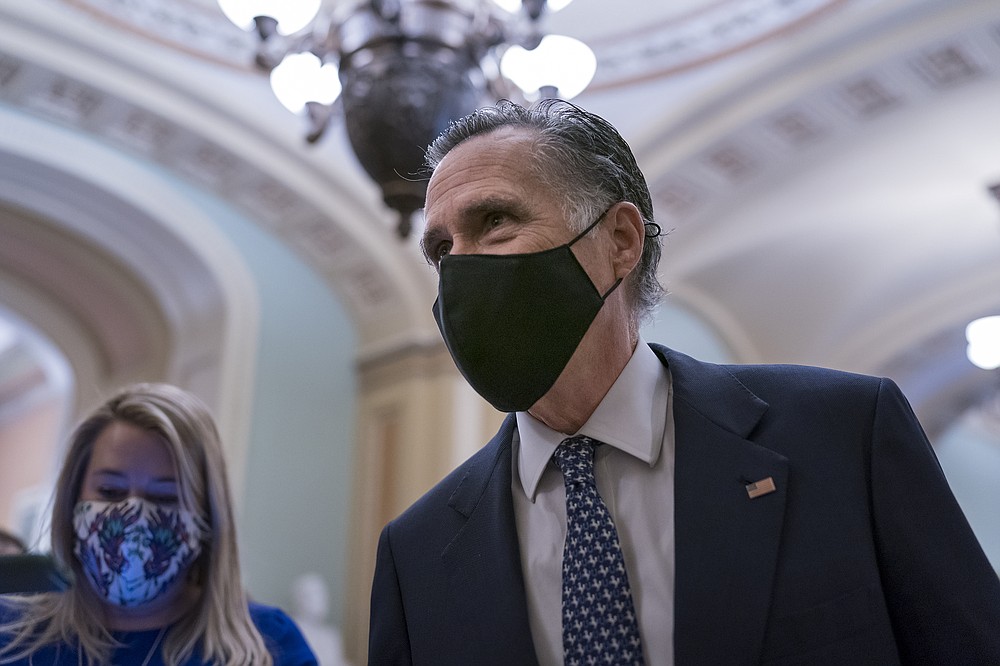 Sen. Mitt Romney, R-Utah, pauses to answer questions from reporters after the Senate voted to consider hearing from witnesses in the impeachment trial of former President Donald Trump, at the Capitol in Washington, Saturday, Feb. 13, 2021. (AP Photo/J. Scott Applewhite)
ADVERTISEMENT