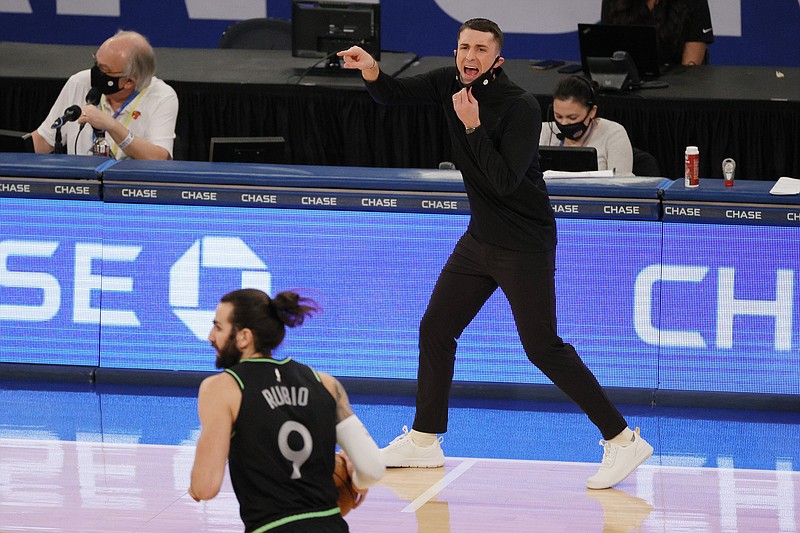 Head coach Ryan Saunders of the Minnesota Timberwolves' directs his team during the second half of an NBA basketball game Sunday, Feb. 21, 2021, in New York. (Sarah Stier/Pool Photo via AP)

The Minnesota Timberwolves fired Coach Ryan Saunders on Sunday night, hours after the team with the NBA's worst record this season lost for the eighth time in the last nine games. A person with knowledge of the situation said that the Timberwolves were finalizing plans to introduce Toronto assistant Chris Finch as the new coach today. The person spoke to The Associated Press on condition of anonymity because Finch's hiring has not been formally completed. Saunders was with the Timberwolves for parts of three seasons, going 43-94. Minnesota has the league's worst record this season at 7-24 and is already 7 1/2 games out of what would be the final play-in spot for the Western Conference postseason. Saunders -- who doesn't turn 35 until April -- is the son of longtime Minnesota Coach Flip Saunders, the winningest coach in franchise history. Flip Saunders died in 2015. Dismissing Saunders is the first coaching change in the league since this season began. There were nine coaches in new jobs entering this season. 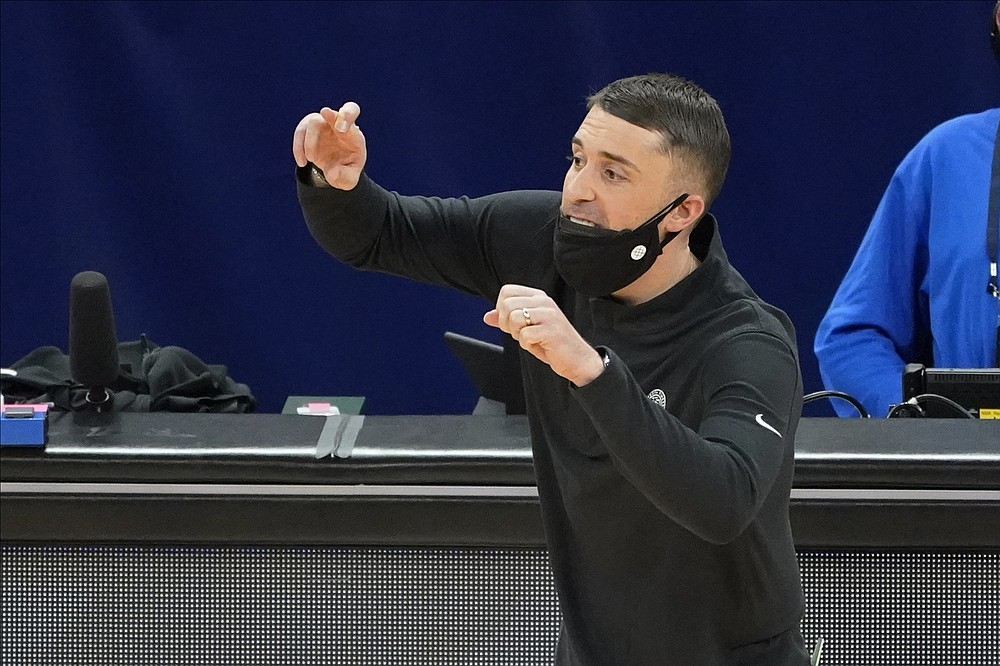 Minnesota Timberwolves coach Ryan Saunders gestures to players during the second half of the team's NBA basketball game against the Toronto Raptors, Friday, Feb. 19, 2021, in Minneapolis. (AP Photo/Jim Mone)
ADVERTISEMENT