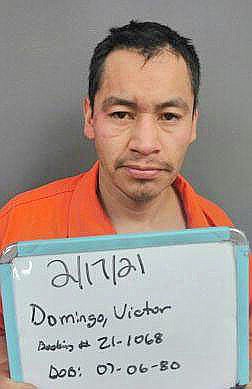 FORT SMITH -- A man was arrested Wednesday in connection with a hit-and-run accident that left another man severely injured.

Victor Pedro Domingo, 40, of Fort Smith told police he was driving a Chevrolet Malibu that hit Juan Antonio Castillo, 33, who was being pulled on an inner tube by his father driving a van with the tube attached by a rope, according to Aric Mitchell, a Police Department spokesman.

The incident occurred at the intersection of North 45th and North J streets at about 3 p.m. Wednesday.

Castillo was taken to a hospital with life-threatening injuries, according to Mitchell.

Domingo was booked at the Sebastian County Jail on counts of leaving the scene of a personal injury accident, no driver's license, and speeding. He was being held Thursday on a $50,000 cash bond.