She got in the governor's race with victory presumed from polling. She spouted absurdly irrelevant national resentments drawn straight from the mouth of her dear leader. She's an agent of the cult intending to establish an Arkansas outpost in case a second insurrection against America is needed.

Arkansas Democrats, meanwhile, can no longer remotely compete in rural Arkansas. That's because of association with the alienating national Democratic Party on issues like abortion, guns, race and semi-socialist economics.

Solid church-going conservative community leaders running as Democratic legislative candidates from Magnolia to Monticello to Ozark got drubbed in November by vastly inferior and littler-known Republican candidates only because of the codes of "R" and "D."

Jim Hendren once was a back-benching right-wing flamethrower in the state Legislature. In the late '90s and early '00s, a Republican governor, Mike Huckabee, father of the aforementioned official Trump falsifier, derided Hendren and other in-party critics from the right as "Shiite Republicans," meaning a divisive extremist sect, who drank "a different Jesus juice."

Then Hendren's uncle, Asa Hutchinson, once thought to be far right in an Arkansas context but now the left flank in the state Capitol, became the Republican governor. He needed to save Medicaid expansion and demonstrate that the Republican tide across Arkansas could produce solid pragmatic government.

Hendren, a fighter pilot and career military man, enlisted in service to his uncle. The experience made him more pragmatic, more inclined to solutions than right-wing rhetoric, and newly respectful of Democratic legislators who chose to help him and his uncle rather than play the Washington game of obstructionism.

Hendren is a combative man of large ego who tends to deride foes. He became so unpopular with Republican senators as the Senate president pro tempore that they voted for a new leadership regime. All the while, Hendren moved leftward, it seemed, at least on race, sponsoring the hate-crimes bill that the hard-righters detest.

Can Sarah Sanders be stopped? Almost assuredly not, as things stand today.

Could Democrats possibly beat her? No. Simply no.

Well, he puts out a video announcing he's leaving the Republicans -- or that they've left him with incivility and nonsense -- and becoming an independent.

He ponders running as an independent for governor. He angles to get between the cult on one side and abject Democratic ineptitude on the other. He wonders if each of those, revealed at its leanest core, amounts to a third of the electorate. That would give him a shot at the other third.

Jesse Ventura became governor of Minnesota with an independent third. That's not to compare Hendren to a celebrity wrestler, exactly.

A competitive independent gubernatorial bid could be seismic. It would further weaken already anemic Democrats, siphoning off some of their 33%. It could try -- try -- to isolate Trumpism at its cultist core and compete with it for the old mainstream Republicans who currently default to Trump but who knew how to be respectable conservatives before Trump made conservatism insane.

That's not to say Hendren is running as an independent for governor, yet.

He told me last week only that there are a lot of people feeling politically homeless in the space between Trump and national Democrats.

He is not alone in that thinking. Former House Speaker Davy Carter, a moderate Republican turned banker, has been pondering the same dynamic and the same political path for himself.

I asked Hendren if he and Carter had talked. He said they had and would talk more, and that there would be more to come.

I made a social media post late last week asserting that yellow-dog Democrats asserting that they needed to devote themselves to the hard work of electing a true progressive Democrat instead of falling in with a conservative independent like Hendren failed to appreciate the embedded anti-Democratic culture of rural Arkansas and the imperative of saving the state from a Trump mouthpiece as governor.

I was surprised at the number and fervor of supportive responses from people I know to be liberal and longtime Democratic regulars. They are at the moment more repulsed by Sanders than loyal to the party.

That is easy to say 22 months from having to mark a ballot.

But Arkansas politics has astounded before in its self-styled peculiarity. It's conceivable our little province could provide a worthy laboratory to test the possibilities of that third-way area between insurrection and alienating liberalism.

John Brummett, whose column appears regularly in the Arkansas Democrat-Gazette, is a member of the Arkansas Writers' Hall of Fame. Email him at [email protected] Read his @johnbrummett Twitter feed. 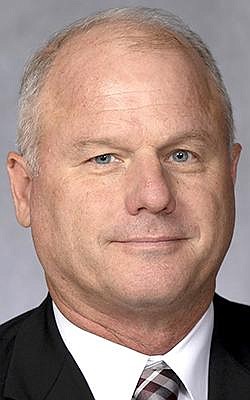