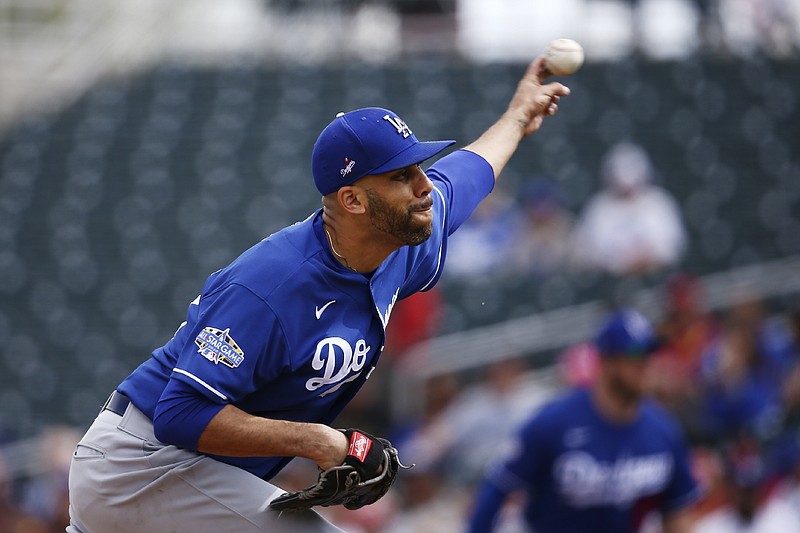 FILE - In this March 2, 2020, file photo, Los Angeles Dodgers starting pitcher David Price throws against the Cincinnati Reds during the first inning of a spring training baseball game in Goodyear, Ariz. Price, Buster Posey, Marcus Stroman and more than a dozen other players who opted out of the pandemic-shortened 2020 season get back to work this week. They not only will have to deal with rust but the demands of MLB’s coronavirus safety protocols. (AP Photo/Ross D. Franklin, File)

David Price spent much of 2020 in front of his television, watching from afar as his Los Angeles Dodgers chased an elusive World Series championship.

Trepidation about playing baseball through a pandemic trumped his urge to play -- but that doesn't mean the 2012 AL Cy Young Award winner never thought about an early return.

"It definitely crossed my mind," Price said Friday from Dodgers spring training in Glendale, Ariz. "But I didn't want to just come back to be back. I wanted to come back to stay."

Sixteen months since his last competitive game, Price is indeed back, just like many of the nearly 20 big leaguers who opted out of the coronavirus-shortened 2020 season -- a list including All-Stars like San Francisco's Buster Posey, Milwaukee's Lorenzo Cain, the New York Mets' Marcus Stroman and Washington's Ryan Zimmerman.

Traded from Boston to the Dodgers last February, the 35-year-old Price pitched in spring exhibitions for LA before deciding to go home. Instead of playing, he did what many Americans have done with their unexpected time -- he watched a lot of TV.

Coming back after all that wasn't a hard decision.

"I feel like our team and MLB handled it extremely well," Price said. "I know they had a lot of protocols they had to go through. The training staff were bending over backwards to keep guys covid free.

Nationals right-hander Joe Ross echoed that sentiment. He hasn't pitched since starting Game 5 of the 2019 World Series, passing on a chance to defend the title because of all the uncertainties at the time about the effectiveness of MLB's protocols.

After early season outbreaks on the Cardinals and Marlins, MLB adjusted its safety guidelines and successfully played through the end of the season. The league has enhanced its protocols this spring, including the introduction of electronic contact tracing wristbands for players to wear around team facilities.

"Everything so far has been going great," Ross said. "It's kind of a normal, quote-unquote, spring training as far as being back on the field and stuff like that."

Teams have concerns about overtaxing pitchers after last year's abbreviated workloads, and those apprehensions are even stronger for pitchers like Ross who didn't pitch at all. It doesn't help that the 27-year-old has a checkered health history, including Tommy John surgery in 2017.

"We have to be very careful," Washington Manager Dave Martinez said. "I know it's been (3 1/2) years since he's had Tommy John, but we want to keep him healthy."

The Mets have similar concerns for Stroman, a 5-7 right-hander who tore a muscle in his left calf last July and opted out a few weeks later. Fiery and confident as always, Stroman thinks he's put in the work necessary to enter the season full bore.

"I never have to get ready because I stay ready," he said. "I'm ready to rock. I'm ready to go out there and throw 200-plus innings like I do every year. My preparations are elite."

An agreement between the league and union promised that players deemed high-risk for serious covid-19 symptoms would still be paid in 2020 if they opted out. Those who weren't high-risk were still allowed to skip the season, but they had to forego their salaries.

For some players, the pandemic wasn't the only impetus for staying away.

Posey and his wife adopted twin girls last summer who were born prematurely, and the family had concerns about their well-being for reasons beyond covid-19 -- although that was certainly also a factor. He joked last week that he kept his arm in shape by throwing diapers.

"You have to really make sure you have the right weight of the diaper so, depending on how well they've been feeding, that plays a lot into my accuracy," Posey said with a grin.

A few players referenced a renewed sense of motivation.

"Baseball is my first true love," Price said. "Being away from it for that time was tough."

FILE - In this March 10, 2020 file photo, San Francisco Giants' Buster Posey hits against the Chicago Cubs during the first inning of a spring training baseball game in Scottsdale, Ariz. Posey, David Price, Marcus Stroman and more than a dozen other players who opted out of the pandemic-shortened 2020 season get back to work this week. They not only will have to deal with rust but the demands of MLB’s coronavirus safety protocols. (AP Photo/Matt York, File) 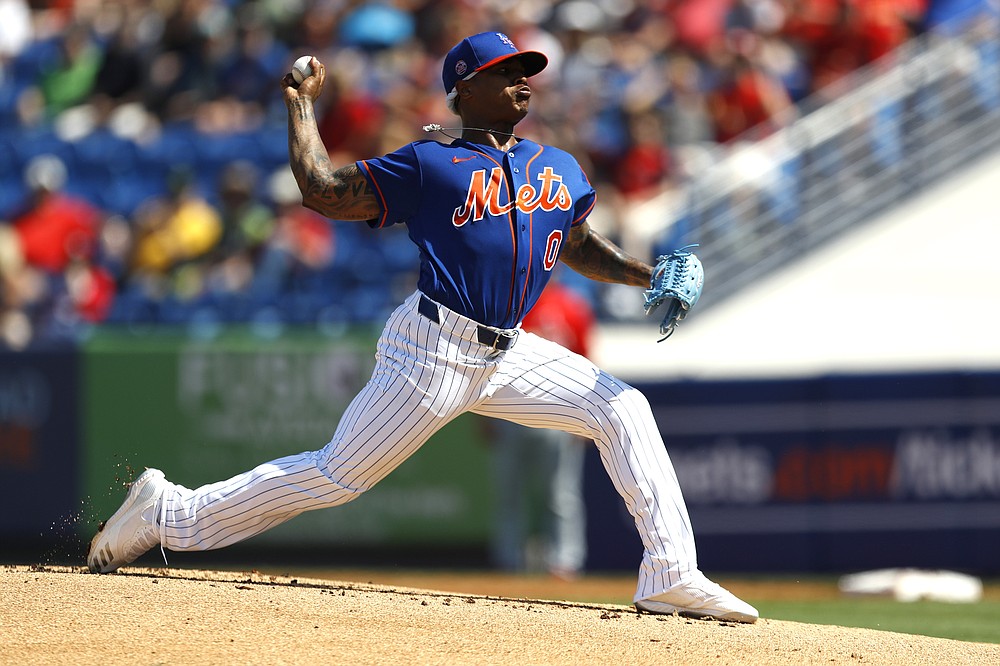 FILE - In this March 4, 2020 file photo, New York Mets pitcher Marcus Stroman throws a pitch to the St. Louis Cardinals during the first inning of a spring training baseball game in Port St. Lucie, Fla. Stroman, David Price, Buster Posey, and more than a dozen other players who opted out of the pandemic-shortened 2020 season get back to work this week. They not only will have to deal with rust but the demands of MLB’s coronavirus safety protocols. (AP Photo/Julio Cortez, File)
ADVERTISEMENT