Amanda Bancroft: What some consider art, others call vandalism 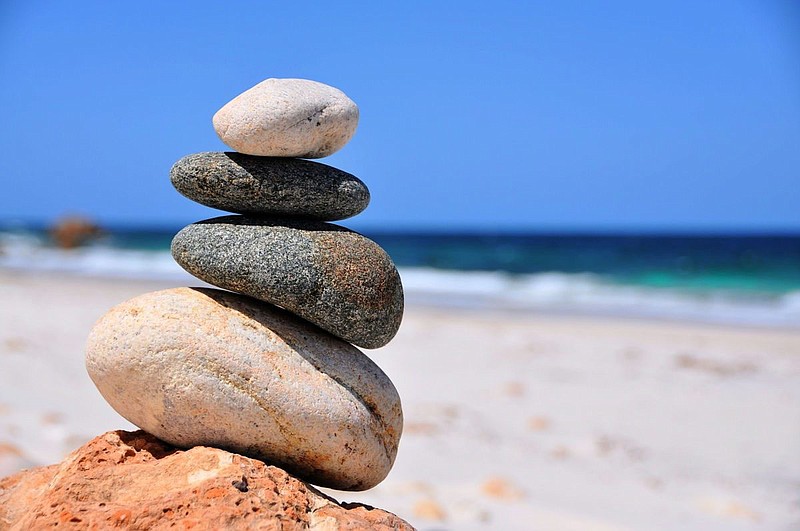 Rock stacking has become controversial as a possible detriment to nature. (Courtesy Photo)

Stacked rocks, also called cairns or inukshuk, have become more numerous thanks to social media spreading the once-less-common practice. Some hikers build many of these works of art and share a photograph of their creation on Instagram, Facebook and other social media -- to get likes, of course. A practice that was once merely meditative has become performance-based, and the result is a cumulative impact on the environment and the wilderness experience.

The biggest complaint seems to be one of aesthetics. If such an obvious sign of human presence is seen along a trail, it ruins the hike. People are walking along, pretending they are the first homo sapiens to look upon a vista or landscape, when wham! A rock cairn breaks the illusion of wildness. Erosion, too, is a big concern. Displaced rocks leave bare soil that can be washed out in heavy rains. Rocks are micro habitats for moss, insects and small animals, so removing them disrupts or kills whatever was able to live on that rock in that specific spot (shade, sun, wind, and elements all play a role).

Another behind-the-scenes aspect is the staff time involved in dismantling and replacing the rocks. While someone, somewhere is building a stack, a park ranger or volunteer is deconstructing it, often at the expense of other more important jobs.

Yet the situation may not be as cut-and-dried as internet articles seem to suggest. There are, in fact, alternative explanations for why people create cairns. Because this is an ancient practice, some cairns around the world (including North America) have been there for hundreds of years and were historically created for navigational and spiritual purposes. Removing them is controversial at best.

How do we know which rock cairns are vandalism and which are trail markers? For sensitive habitat where trails are unclear but hikers need to keep off the most vulnerable points and avoid dangerous places, rocks are stacked by park employees. To become a vigilante and remove every cairn you see could make trails less safe. This is also a good argument for not creating them in the first place, because they can confuse hikers. Do I walk toward the work of art or stay straight?

Then there is the obvious question of the trail itself. Nobody thinks aliens built it. Every hiker is aware that people came here and constructed trails before they trod them. Pretending that a stack of rocks breaks the illusion of isolation more so than the trail it stands next to is an exaggeration. Having done a bit of volunteer trail construction myself, I can attest that it certainly leaves a trace: we remove rocks and tree roots, build bridges and crossings, and so on – whatever it takes to keep hikers safe, prevent erosion, avoid sensitive habitat and give folks a positive experience of nature. Sometimes, a trail must be closed because of overuse. Yet the benefits outweigh the potential harm. The same could be said for cairns, geocaching, Pokémon Go, rock painting or the like. If an activity is getting kids to exercise, reducing depression and bringing people close to the wilderness who might otherwise never think about a tree in their whole life, there is a degree of success in it. However, rock cairns are being abused, and it's become a problem.

It may be difficult to stop this trend, but the same tool that caused it may become the key to eliminating the problem: social media. If organizations and viewers share infographics and images of how rock cairns can damage the environment and detract from the wilderness experience, more people will know and fewer will build these miniature mountains. Once aware, they'll be equipped with suggestions for responsible construction. Dismantle the cairns afterwards and replace each rock, or build in your backyard instead of on public lands. Don't attach materials that could fall off and become litter. Don't kick over a cairn that could be historically significant. Tell a hiker friend or neighbor! Together we can raise awareness and leave (almost) no trace.

Amanda Bancroft is a writer, artist, and naturalist living in an off-grid tiny house on Kessler Mountain. She and her husband Ryan blog about their adventures and offer tips to those wanting to make a difference at www.MakeRipples.org.