4A-8 to resume district tournaments 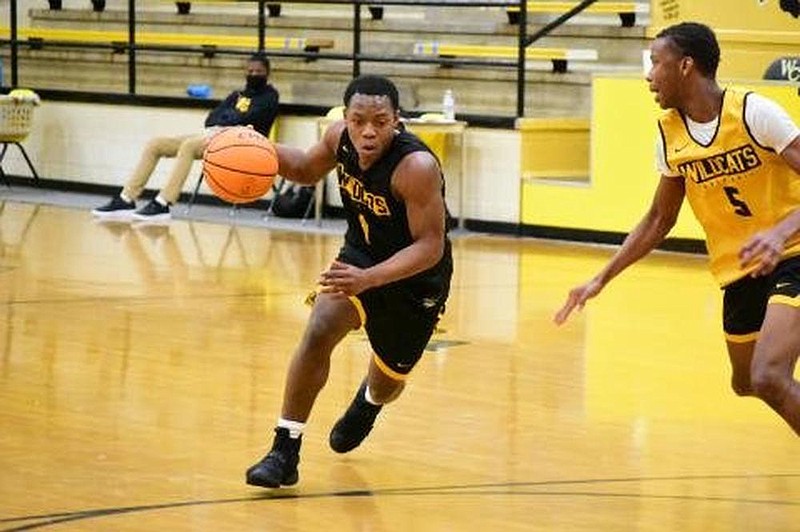 For Watson Chapel, District 4A-8 championships in boys and girls basketball are back up for grabs.

Shortly after the Arkansas Activities Association announced delays of its regional and state high school basketball playoffs by a week Friday, conference administrators voted by a 6-2 margin in favor of resuming their district tournaments to determine the top four seeds in the 4A South Region tournament, which is now scheduled for March 3-6 at Star City.

The governing body for high school activities in Arkansas made the decision just days after the administrators voted to allow the top two seeds to advance to the regional without a tournament and other teams that were remaining in the district tournament to play for the last two seeds. Conferences in which games postponed due to the covid-19 pandemic cannot be made up are electing to use tournaments.

"You always want to play for a district championship," Watson Chapel girls Coach and Athletic Director Leslie Henderson said. "We need to play. We've been out for five days. You also have to think about the boys. This gives them a chance to improve their seeding."

Henderson's Lady Wildcats, seeded second, are already in the regional, but they will host the winner of Monday's Warren at Crossett game at 5:30 p.m. Wednesday in the semifinal round.

On the other side of the bracket is top seed Star City, which will host the winner of Camden Fairview vs. Magnolia at 5:30 p.m. Wednesday. The championship and third-place games will be held at 5:30 p.m. next Friday at the higher-seeded teams.

The third-seed Watson Chapel boys team will still play sixth-seed Star City at 5 p.m. Monday with the winner qualifying for the regional. But the semifinal and final rounds are back on, meaning the winner will visit Monticello at 5:30 p.m. Wednesday for a spot in Friday's championship.

"I'm excited about it," Wildcats Coach Marcus Adams said. "It gives us a chance to compete for a district title. Instead of just getting to play for a third seed, we get to play for something bigger."

Adams said the Wildcats have spent the week on Zoom going over the game plan and hope to practice today and walk through Monday if the roads have cleared.

All games in Conference 3A-6 have been played, meaning Dollarway's spot in the 3A Region 3 boys tournament at Central Arkansas Christian is secure without the need for districts.

Pending a vote of administrators in the 5A-South Conference, boys teams will complete their regular season and girls teams will play a tournament. Pine Bluff Athletic Director Cheryl Hatley said some girls teams had seven games each remaining, which would have been tough to make up by the March 7 deadline for 5A and 6A conferences to provide seeds to the AAA.

If approved, the girls tournament dates will be Thursday for the first round, March 2 for the semifinals and March 4 for the championship and third-place games. Eighth-seed Pine Bluff would play top-seed Lake Hamilton and sixth-seed White Hall would play third-seed Sheridan in the first round.

Pine Bluff would have four remaining boys games and White Hall would have three. Pine Bluff, for now, is scheduled to host Sheridan on Wednesday, visit Hot Springs Lakeside on Friday, visit Lake Hamilton on March 1 and host Texarkana on March 3.