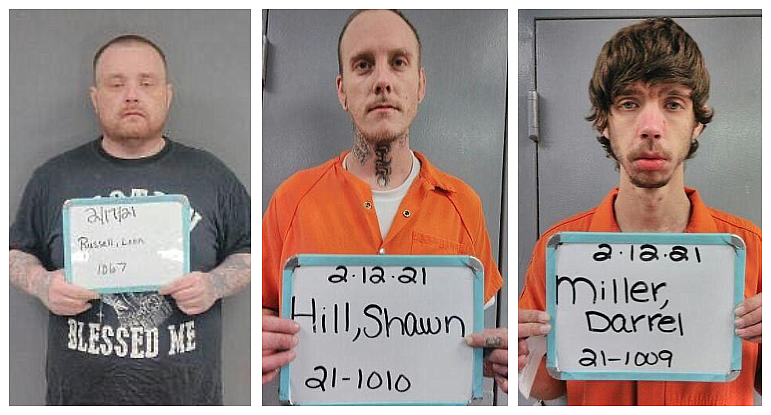 FORT SMITH -- A third man was arrested Wednesday in connection with an armed robbery.

Leon Russell, 33, of Fort Smith was booked at the Sebastian County Jail on counts of aggravated robbery, theft from a building and theft by receiving. He was being held Thursday on a $100,000 cash bond.

A robbery at gunpoint took place Feb. 11 at the Jenny Lind One Stop, according to a news release from Aric Mitchell, a Police Department spokesman.

Earlier that day, Russell and two accomplices, Shawn Hill and Darrell Miller, stole more than $1,200 of electronic items at the Walmart at 8301 Rogers Ave., according to Mitchell.

Police found the vehicle used in the Walmart theft and arrested Hill and Miller on Friday, according to Mitchell.