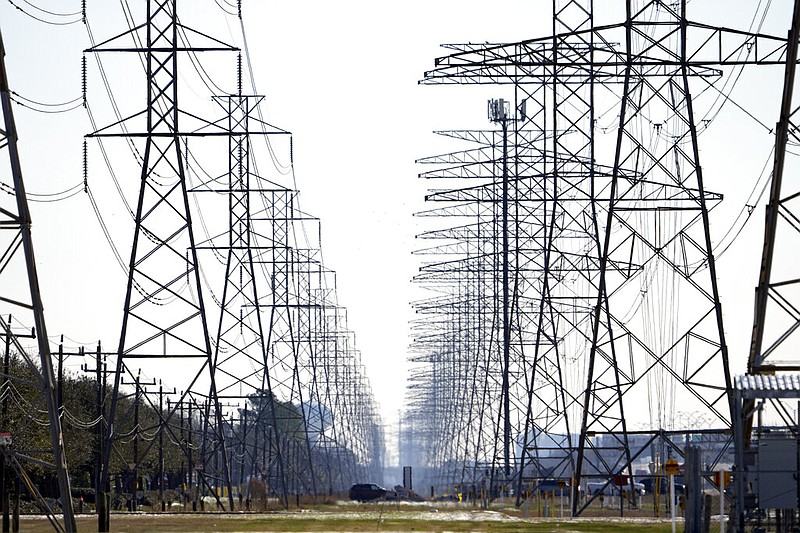 The systems that provide power and heat to Arkansans' homes and other buildings are part of larger, interstate-dependent systems, and controlled electrical outages that many people experienced Tuesday were necessary to preserve the electrical grids throughout much of the Midwest and South, utility officials said.

"[Customers'] power comes from power generation from a broad area, not just the power plant next-door, so to speak," said Southwestern Electric Power Co. spokesman Peter Main. "What we do in Arkansas can help other states, and what folks do in North Dakota can help us. It's a matter of small adjustments by each individual customer."

Breaking it down from the top, Arkansas gets power from one of two electrical grids: Midcontinent Independent System Operator and Southwest Power Pool.

When companies like Entergy must ask customers to conserve power or have to implement controlled outages, it can be because of the unusually high demand on the whole grid, such as with the record-breaking winter weather in much of the U.S. this week that prompted unprecedented strain on Arkansas' utilities.

The cold weather puts pressure on electrical service for a number of reasons. There are downed power lines because of freezing rain or fallen trees. However, the state's electricity comes from many sources such as natural gas -- in high demand for heat and also strained at the supply level by frozen wells and other weather-related generation issues -- or solar that could be covered in snow and receiving little light. Beyond lighting, electricity is also being used to heat many homes.

Load-balancing authorities in Arkansas carry out directives from Midcontinent and Southwest Power Pool. SWEPCO provides electricity to a thin western slice of the state, reaching through Arkansas and all the way down into Louisiana and some parts of Texas. Entergy services most of Arkansas with 715,000 customers in 63 counties and also provides electricity to some of Louisiana, Mississippi and Texas. Other smaller utilities complete the patchwork of Arkansas' electricity grid.

"You plan for the norms, plus a generous buffer," Entergy spokesman David Lewis said. "When the demand exceeds what you have planned for, you have a situation like the one we have now."

Lewis said Entergy heard from Midcontinent, which moderates minute-to-minute fluctuation of electrical supply and demand, around 7 p.m. Tuesday that it needed to immediately start reducing demand by a certain amount to prevent the system from overloading. SWEPCO received similar direction from Southwest Power Pool concerning its grid.

"They make the decision, and then they make it happen," Lewis said. "We prepare for it in terms of informing our customers that this is a possibility."

Who gets power shut off is based on mathematics, Lewis said, though the utilities flag places like hospitals, public service facilities and nursing homes so that those places retain power during controlled outages. They look at consumption levels in certain areas and decide who loses power based on the reduction directive from grid operators, he said.

Utility officials said they do not discriminate between residential and commercial properties.

Lewis said the outages stopped at 9 p.m. Tuesday because of conservation efforts from individual customers. He encouraged everyone to have a backup power plan such as batteries, a generator or somewhere else to go in case power is interrupted.

The state also has 17 local distributors that make up the Electric Cooperatives of Arkansas. Like cars coming off a highway onto a town street, those local customers' electricity is also transported by a company like Entergy.

In Jonesboro, local distributors had to implement some controlled outages even when the issue may have been outside its city, said Kevan Inboden, special projects administrator at City Water and Light Jonesboro.

"Our systems have performed very well considering," he said. "They have the best of the system at heart and are working to help ensure integrity of the grid."

Those in the electricity business are sure to assess what has happened to look for ways to improve, said Rob Roedel, a spokesman for Electric Cooperatives of Arkansas, which reached a new peak in power usage this week.

However, ensuring that grid load never causes outages again would come at a cost that no one would be able to afford, Lewis pointed out.

Utility spokesmen said they are optimistic that the controlled outages are over, but they can't rule them out. Utility companies continue to ask customers to reduce usage as much as possible.