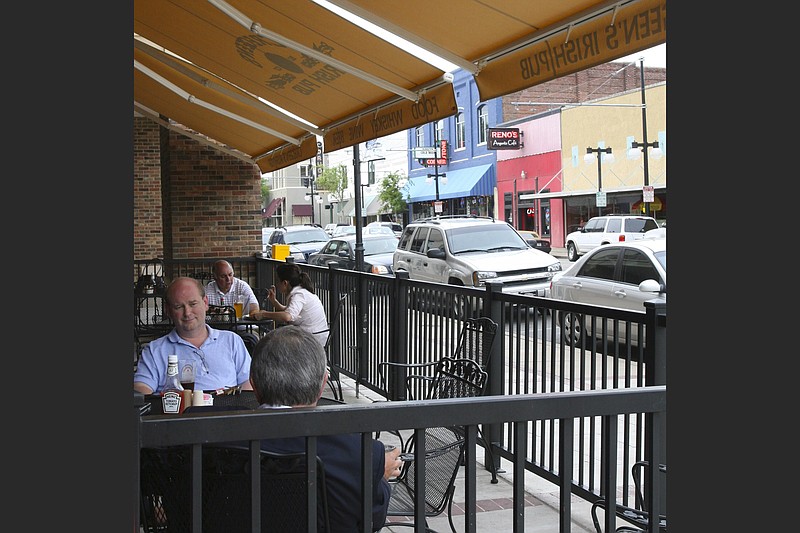 Cregeen's Irish Pub in North Little Rock's Argenta District is operating on a month-to-month basis with the building manager, who has advertised that the space is for lease. (Democrat-Gazette file photo)

Although the ad notes that “ground level tenants include The Joint Theater & Coffee House,” the description quite closely — one might say exactly — matches that of Cregeen’s Irish Pub. Greg Nabholz, chief executive officer and principal broker of management company Nabholz Properties, confirms that it is the pub, which in addition to the many other stresses associated with the pandemic was hit hard by the recently lifted, state-imposed 11 p.m. closing time for bars and restaurants that serve alcohol. He explains that by mutual agreement the owners are operating on a month-to-month lease. Best case scenario, he says, is that the Cregeen’s folks get back on their feet and are able to cover the rent, but just in case, the space is “available for lease to someone in a stronger position” and the goal for the property owner is going to be that “whatever is in there is a profitable business.”

The pub was open for business Sunday but closed early because of the weather, and we were unable to subsequently reach anybody there by deadline, apparently on the same cause. 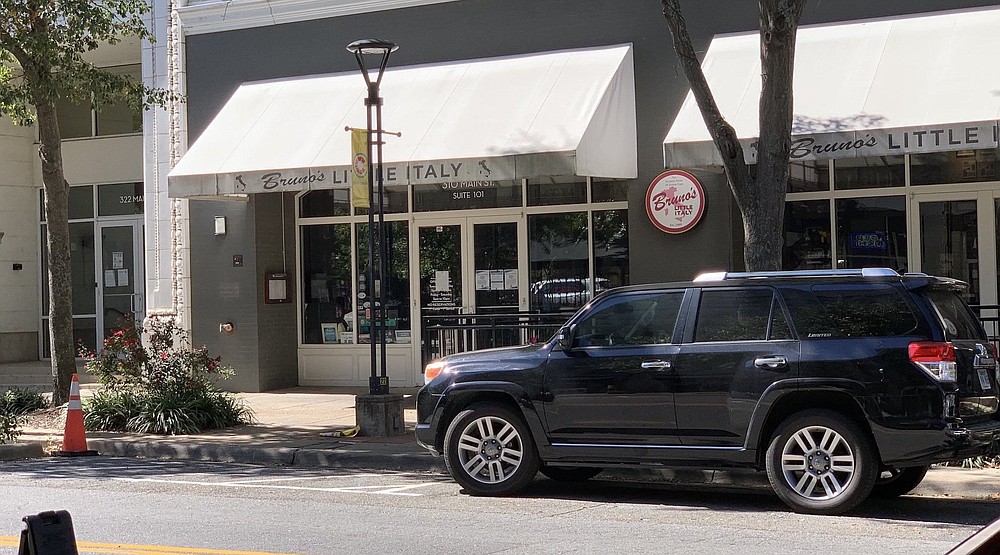 Two cases of severe covid-19 illness in key personnel have kept Bruno’s Little Italy, 310 Main St., Little Rock, closed for three weeks and through the Valentine’s Day weekend. “Two of our most necessary, essential workers tested positive” for the coronavirus, said owner Gio Bruno, “and they are not over it yet.” Bruno said he has no firm idea of when the restaurant will reopen — this week’s wintry precipitation isn’t helping — but when it does it will be with a stricter observance of covid-19 protocols, including social distancing and enforcing mask-wearing away from the bar and tables.

Meanwhile, it’s a pretty safe bet that many, if not most, other restaurant closures this week are on account of the weather. Assuming folks are in sufficient need for a restaurant meal to consider venturing out into the deep freeze, we recommend calling ahead. Also expect that delivery services, if available, will almost undoubtedly take longer to get your food to you.

Construction and equipment delays are holding back the opening of Central Arkansas’ first outlet of Atlanta-based Original Hot Dog Factory at 1424 Main St. in downtown Little Rock’s South Main neighborhood. Owner-operator Devin Marcel says his target to open is now “spring, hopefully early April.” He still expects his hours, once open, will be 10:30 a.m.-9 p.m. Monday-Thursday, 10 am.-10 p.m. Friday-Sunday. Check out the menu at theoriginalhotdogfactory.com.

We reported Jan. 21 that the Little Rock branch of Conway’s Blue Sail Coffee Roasters, which opened in 2017 in the Little Rock Technology Park, 417 Main St., Little Rock, which in any case had been closed most of the past year because of the pandemic, would be vacating the space by the end of February. Now it’s official: Blue Sail founder Kyle Tabor posted Feb. 13 on Facebook that covid-19 challenges were the cause of the permanent shutdown. “Despite putting forth our strongest effort to battle a substantially reduced customer base, along with some resistance from the property management, this is our official announcement that as of Jan 15, we are permanently closing our Little Rock location.” The Conway shop is staying open — the phone number is (501) 358-6188 — and you’ll still be able to buy Blue Sail’s bagged coffee there, at several retail outlets or via their website, bluesail.coffee. We’re told that the Tech Center board and executive director, Brent Birch, expect to reveal the name of the space’s new tenant at their March 10 meeting.

One of the services that the Little Rock Police Department provides is to notify neighbors when a restaurant applies to the state Alcoholic Beverage Control Division for a license to serve alcoholic beverages so they can register any objections thereto. So while doing a little research after receiving such a notice on an application from The Mighty Crab, 1817 S. University Ave., we also ran across recent applications from Wicked Taco Factory, 221 W. Second St., Little Rock, for a restaurant beer and wine license, and from So Restaurant Bar, 3610 Kavanaugh Blvd., Little Rock, for a new “restaurant mixed drink minimum” license. We couldn’t get through to So owner Nicholas Copeland — weather, perhaps, but also because they’re currently only open Wednesday-Sunday — but that could signal a reduction in the size of their previously comprehensive bar.

We also ran across a restaurant beer-wine license application for Heights Golf, 5815 Kavanaugh Blvd., Little Rock, which on its website and Facebook page explains that “We’re more than a retail shop. Sure, we’ve got clubs, balls and a golf pro but we’ve also got cold drinks, the Golf Channel and two simulators.” Presumably, if the license goes through, “cold drinks” could contain alcohol.

In case you missed the news — we did — the Little Rock Board of Directors on Jan. 22 approved the temporary Historic Hillcrest Entertainment District, along Kavanaugh Boulevard between Monroe and Walnut streets and parts of Palm and Beechwood streets south of Kavanaugh (the former to encompass The Pantry and the latter to encompass Ciao Baci). For now, it’s only in effect for Hillcrest’s First Thursday shop-and-sip events; the next is 4-9 p.m. March 4. Steve Shuler of the Hillcrest Merchant Association says they will have to renew it at regular intervals, starting in April. The district designation, similar to the ones in the River Market and along Main Street south of 12th Street in Little Rock and Argenta in North Little Rock, allows restaurant and bar patrons to buy alcoholic beverages from one establishment and carry them out — having obtained proper cups and wristbands — throughout the district while they shop and stroll. Shuler says and that he hopes to eventually be able to allow outdoor street dining as is the case in SoMA and Argenta.

We’re told that Zen Vietnamese Bistro and Teahouse is in the works for the Cornerstone Market Place, 239 Cornerstone Blvd., Hot Springs (where Central Avenue meets Martin Luther King Jr. Expressway, aka U.S. 270). We were unable to chase down a timeline or any other details by deadline, but we’re keeping watch. 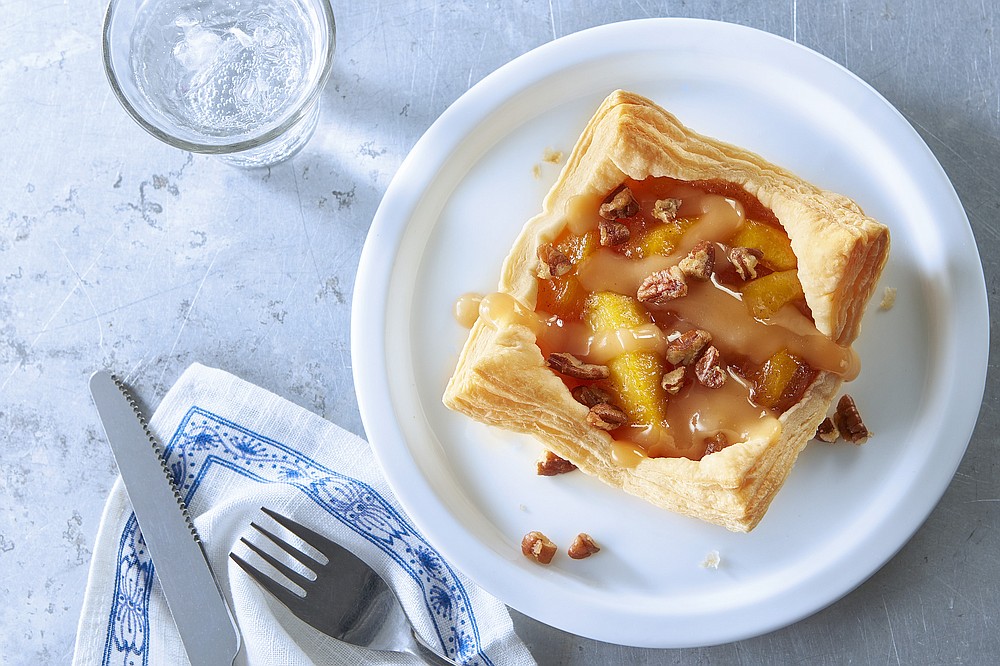 Suzanne Raiford, who runs Daisy’s Lunchbox Cafe & Bakery, 311 N. Spruce St., Searcy, is a second-time winner of General Mills Foodservice’s sixth annual Neighborhood to Nation Recipe Contest, which a news release describes as “[a] competition that celebrates independent restaurants and food trucks, their one-of-a-kind dishes and the vital role they play in our communities.” Her award-winning recipe: Peach Praline Galettes. Raiford, also a winner in the 2019 contest for her Strawberry Almond Shortcake Roll, is one of 20 winners, including family and neighborhood restaurants, food trucks and caterers from across the country. Each receives $5,000 in cash, marketing support and the chance to be named the “People’s Choice” Grand Prize Winner (for an additional $5,000 donation to a local food bank). “People’s Choice” voting takes place online Feb. 22-26 via the General Mills Convenience and Foodservice’s Facebook page; the winner will be announced via Facebook Live at noon March 1. Visit neighborhoodtonation.com.