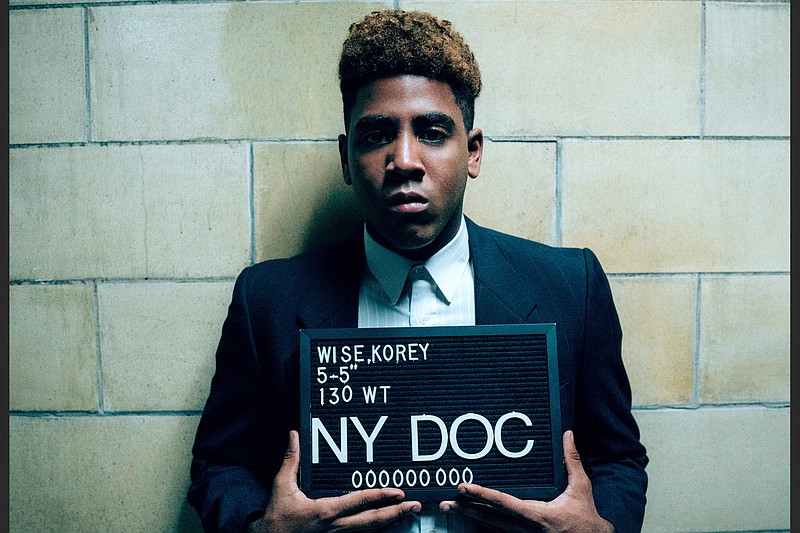 Jharrel Jerome won an Emmy for his portrayal of Korey Wise, one of the Central Park Five, in Ava DuVernay’s “When They See Us.” The first episode of the acclaimed miniseries is currently free to stream on Netflix. (Atsushi Nishijima/Netflix)

We've lost count of the number of new streaming platforms, a luxury that can really add up for TV lovers. But even cord-cutters can find quality content — if you know where to look. To that end, we've compiled a wide-ranging list of TV and film efforts you can watch without a paid subscription. The selection is especially robust in February.

Queen Latifah is the star of this new CBS show, a reboot of the 1980s crime drama that inspired a film franchise starring Denzel Washington. The series has garnered mixed reviews, but its pilot — which is temporarily available to stream free on YouTube — boasts the rare distinction of having premiered in the coveted post-Super Bowl time slot. (Streaming on YouTube and CBS.com)

Some of the best actors of our time have opened up about their craft on this long-running series, which began on Bravo and moved to Ovation in 2018. Select episodes of the talk show, helmed for years by the late James Lipton, are available to stream through the end of 2021. Will Smith, Al Pacino, Robin Williams and Halle Berry are among the entertainers you can watch answer Lipton's signature question. (Streaming on Ovation TV)

In a two-part episode of her Apple TV Plus discussion series, Oprah Winfrey goes deep on Isabel Wilkerson's widely lauded nonfiction book about racial inequality in America. The media mogul has called the tome the "most important book" she has chosen for her decades-old book club; Apple has made the episode available for free during Black History Month. (Streaming on Apple TV)

Jon Hamm plays Don Draper — a flawed ad man who is as introspective as he is charming — in this acclaimed AMC period drama, which also featured standout performances from the likes of Elisabeth Moss, John Slattery and Christina Hendricks. It's a good pop culture blind spot to tackle if you've never seen it, but it's worth rewatching, too. (When senior Washington Post Style editor Hank Stuever signed off as TV critic last year, he included "Mad Men" on a shortlist of series he would eagerly watch again.)

You'll need an AMC Plus subscription if you want to stream without ads, but do consider how Draper would feel about you watching without commercials. (Streaming on IMDb TV)

Mental health problems have increased among children and young adults in recent years, and advocates say the grief and isolation of a global pandemic have only heightened concerns around mental health and suicide. With that in mind, MTV's documentary division teamed up with the nonprofit Jed Foundation and Peabody Award-winning director Alexandra Shiva to show that recovery is possible.

The forthcoming film highlights the stories of nine young people who sought and received help after surviving suicide attempts or struggling with suicidal thoughts. (Streaming on MTV.com and Pluto)

Spike Lee's underrated heist movie has just about everything going for it: a gifted ensemble cast (Denzel Washington, Jodie Foster, Clive Owen and the late Christopher Plummer among them), witty dialogue and a memorable score by the director's frequent collaborator Terrence Blanchard. (Streaming on Peacock)

Kamilah Forbes channels the raw emotion of Ta-Nehisi Coates' 2015 best-seller — a letter to the author's teenage son about being Black in America — into this powerful HBO special, which the network made free to stream during Black History Month. Forbes' adaptation, first staged in 2018 at the iconic Apollo Theater, intersperses documentary footage and images from Coates' life with portions of the author's work read by Black entertainers and activists including Mahershala Ali, Angela Davis, Janet Mock and Angela Bassett. (Streaming on HBO Max)