OPINION | GAME ON: It's the Viking life for me! 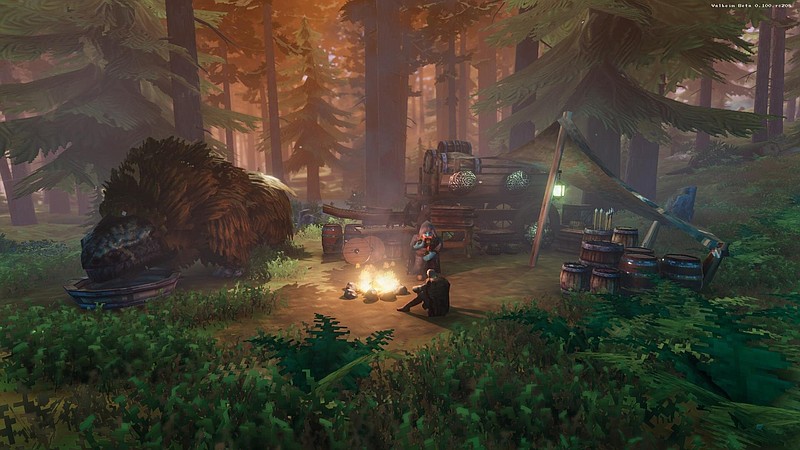 In the video game "Valheim" valkyries have ferried your soul to the tenth Norse world as a custodian, where you must slay beasts of myth and legend feared by Odin himself. You will craft weapons, build castles and sail longships towards the horizon to prove yourself to the Allfather, and certainly die trying. (Iron Gate Studio)

There's a lot to love about the Viking-themed "Valheim," the Early Access game that's been blowing up the sales charts on Steam.

Light on tutorial (and story), players assume the role of a Viking warrior slain in battle whose soul has been ferried to the mythical land of Valheim, a sort of Viking purgatory where they must battle Odin's ancient enemies.

Anyone who has played survival games — anything ranging from "Minecraft" and "Rust" to "Terraria" — can quickly grasp the basics. Find some wood and stone, craft a stone ax, start hitting trees and monsters, forage for food and build a starting settlement. If you've played one, you should be familiar.

But don't forget about "Valheim's" physics engine. I must be in the running for fastest first death, as I quickly made my ax and felled my first tree — and then was promptly squished to death when it fell on me.

But "Valheim's" developer, Sweden-based Iron Gate Studio, has clearly created something that resonates, because in just over a week this indie game has sold more than 1 million copies, with more than 96% of its 20,000-plus reviews positive.

Don't be fooled by the game's idyllic beginnings, though. Players start off in gently rolling meadows, where the sun shines down brightly and wind whips through tall grassy fields. Discovering new materials, such as a different type of wood, rocks, meat or animal hides unlocks new crafting recipes, showing a clear path of progression. Along the way, a talking raven named Hugin offers advice.

Your overall goal? Defeat nine great enemies, each in control of a different biome, which range from dark forests and putrid swamps to frigid mountain peaks. Each biome offers new resources to gather as well as different enemies and often a significant jump in difficulty.

It wasn't too hard to progress past the meadows — an important step was hunting deer, which required making a bow, which required hunting down lots of boars. After a couple of hours, I was in the Black Forest, using a pickax to mine ores (again, classic survival game stuff here). Then, my screen shook, and I heard a rumble.

It didn't take long to spot the 20-foot blue troll that was swinging a literal tree at me. I dodged, but its swings were taking out entire swaths of forest.

Death is not the end in "Valheim," but it does come at a cost. About everything players do, from running, jumping, swinging clubs, blocking attacks and more, has a related skill, which increases from use. Increase your skill level in bows, and you will draw faster, aim quicker. Dying reduces these skill levels, sometimes pretty significantly.

However, a stone pile where players died remains, letting them (if they can) retrieve their belongings. That's handy, because every time I went to a new biome, I was immediately killed by the first new enemies I found there.

"Valheim" takes place in a procedurally generated world, meaning each map is different, and that map is absolutely massive, with continents, islands and large swaths of ocean between them. My starting continent did not have any of the swamp biome, the third region to be explored, so I collected what I could carry, built a janky raft and set out on a long, slow journey into the unknown. Dozens and dozens of hours later, firmly in the iron age with longships and proper sails and nonstop exploring, I still have uncovered only a small portion of the world.

What makes this even more amazing is that the entire game download size is less than a gigabyte, in a time when new games are often 100 or 200 times bigger.

"Valheim" can be played solo or with friends, with up to 10 players able to concurrently explore a world. Characters and worlds are separate, so you can take your Viking avatar into a friend's world, collect resources and raise skill levels, and then take them back to your own map.

At first, it felt like there wasn't much to "Valheim." Very few crafting options were available, and it didn't seem as if there were many enemies. Then I kept being surprised by the constant progression. Like, "It'd sure be nice if I could do some farming," or "Man, if only there was some way to resist poison," and then a little later, I'd find the resources that unlocked that feature.

"Valheim" is still in Early Access, although it honestly doesn't feel that way. It's quite polished and chock-full of content already — but even so, only five of the nine biomes are implemented. The developers have a road map of additional content they'll be adding monthly over the next year, with Early Access likely to end in 2022.

Graphically, "Valheim" is no masterpiece, with something akin to PS2-level rendering, but it's enough to see some amazing views.

I see no reason to delay, though. A brutal survival and exploration game with "Dark Souls"-style combat controls for just $20? I highly recommend this game. 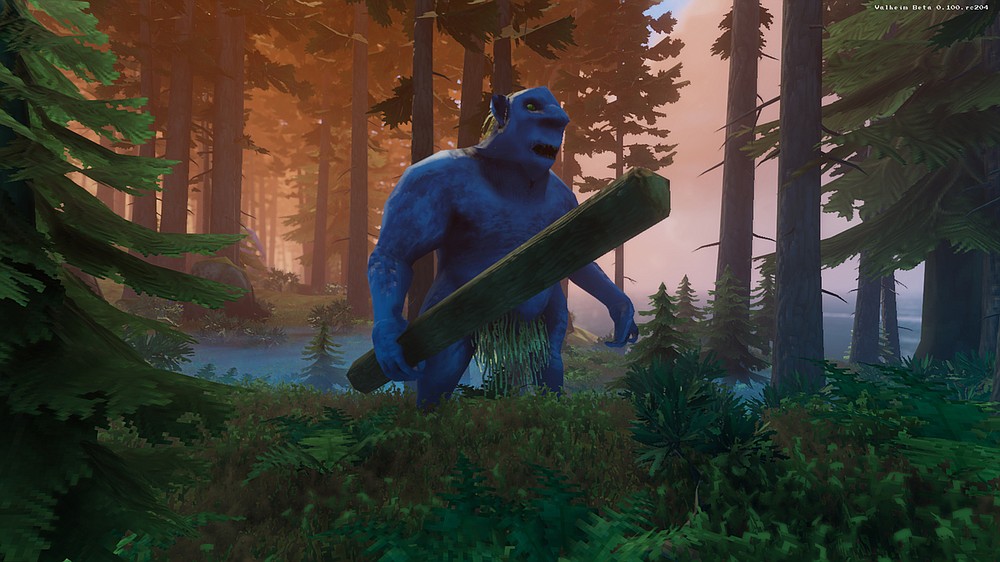 In the video game "Valheim" valkyries have ferried your soul to the tenth Norse world as a custodian, where you must slay beasts of myth and legend feared by Odin himself. You will craft weapons, build castles and sail longships towards the horizon to prove yourself to the Allfather, and certainly die trying. (Iron Gate Studio)
ADVERTISEMENT