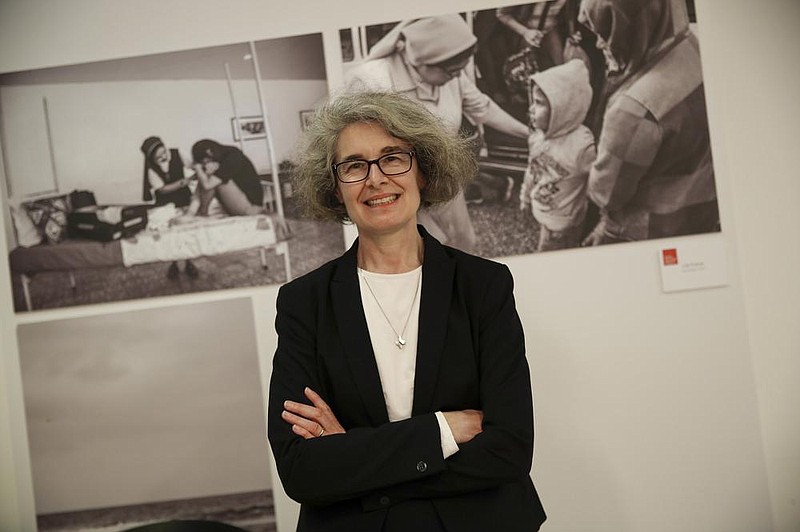 Sister Nathalie Becquart poses for a photo during an interview with the Associated Press, in Rome, on Wednesday. Pope Francis has named the French nun to a Vatican position that should give her a vote in any upcoming meeting of bishops, a small step forward in the long campaign of Catholic women to have a greater say in Catholic decision-making. (AP/Alessandra Tarantino)

ROME -- A French nun who has become the first woman to hold a voting position at the Vatican said Wednesday that her appointment is evidence the "patriarchal mindset is changing" as more and more women assume high-level decision-making responsibilities in the Catholic hierarchy.

Sister Nathalie Becquart said during a news conference that her appointment as an undersecretary in the Vatican's Synod of Bishops office was a "brave signal and prophetic decision" by Pope Francis, who has repeatedly stressed the need for women to have a greater say in church governance.

Women have long complained of having a second-class status in the Catholic Church, where the priesthood and top Vatican offices, including the papacy itself, are reserved for men.

Francis appointed Becquart and a Spanish theologian, the Rev. Luis Marin de San Martin, over the weekend as undersecretaries in the office that organizes thematic, weeks-long meetings of bishops at the Vatican.

The meetings, which are known as synods and usually take place every two to three years, have taken on increasing importance under Francis given his call for more decentralized and collegial leadership focusing on local bishops more than the Holy See.

Francis has named about a half-dozen women to undersecretary positions in various Vatican congregations, but Becquart's appointment carried with it a particular, and in some ways historic novelty: She in all likelihood will have a right to vote in the next synod of bishops, scheduled for 2022, given her professional rank.

"A door has been opened," the head of the Synod of Bishops office, Maltese Cardinal Mario Grech, told the Vatican's in-house media. "We will then see what other steps could be taken in the future."

It was a reference to calls to allow women religious superiors, who also participate in synods of bishops, to have the right to vote on proposals of pressing concern to the life of the church. The religious sisters are allowed to speak and participate in the bishops' debate, but have not been allowed to vote.

Their calls took on public form during a 2018 synod of bishops on youth, with prominent nuns calling for the vote and a popular movement promoted by progressive women's groups #VotesForCatholicWomen.

As a result, Becquart's appointment has been met with praise but also some bitterness that in 2021 it's newsworthy that a lone woman might be able to cast a ballot alongside hundreds of male bishops about the future life of the Catholic Church. 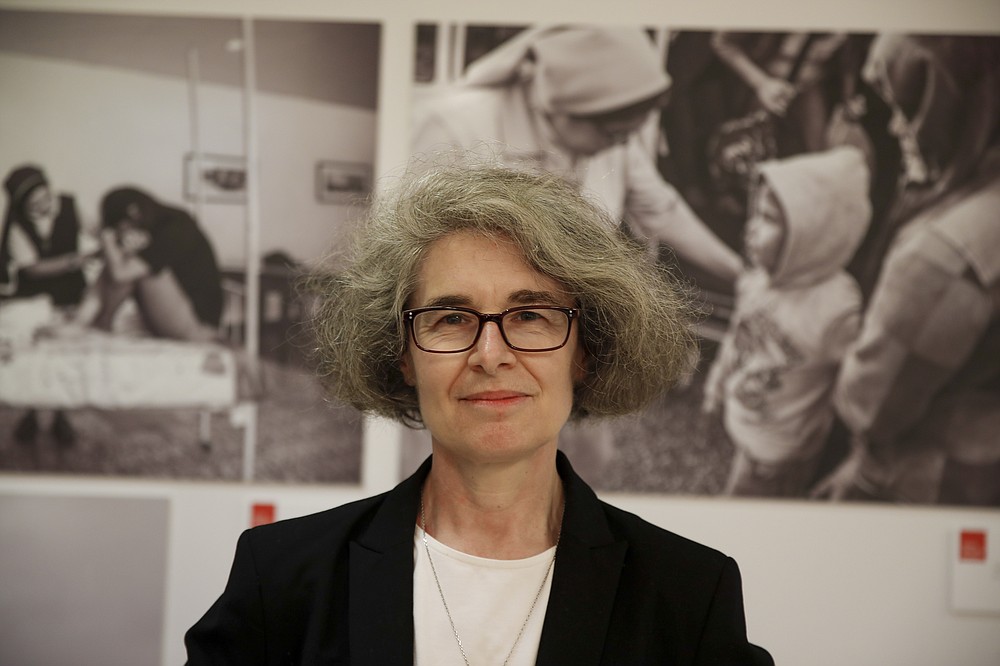 Sister Nathalie Becquart poses for a photo during an interview with the Associated Press, in Rome, Wednesday, Feb. 10, 2021. Pope Francis has named the French nun to a Vatican position that should give her a vote in any upcoming meeting of bishops, a small step forward in the long campaign of Catholic women to have a greater say in Catholic decision-making. (AP Photo/Alessandra Tarantino)
ADVERTISEMENT