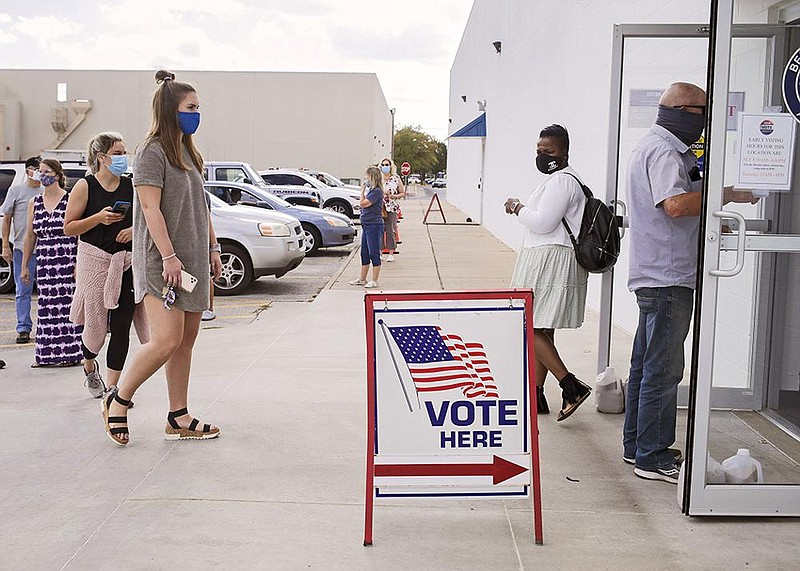 FAYETTEVILLE -- Whether the state can limit the number of times one person helps others vote goes to trial Nov. 15, a federal judge ruled Tuesday.

Arkansas United, a Springdale-based immigrant rights group, filed the suit on behalf of voters who aren't proficient in English. A 2009 state law forbids any one person who isn't an election official from helping more than six people vote at the polls in each election.

The lawsuit argues the limit violates federal law. The federal Voter Rights Act allows eligible voters who need assistance to get it from the person of their choice.

A record number of people who aren't fluent in English voted in the general election ending Nov. 3, the Nov. 2 lawsuit by Arkansas United said. This includes people who speak English well, but aren't proficient in reading it, and therefore couldn't understand written voting instructions.

These voters needed help, but multilingual election officials were in short supply, the lawsuit claims. The limit of six people, in some cases, meant even a family member couldn't render assistance to all close relatives who needed it, according to the lawsuit.

Benton, Sebastian and Washington counties were the ones named in the lawsuit because those are counties in which Arkansas United is active in helping non-English speakers vote and where the group claimed the limit was discriminatory.

The facts of the case aren't in serious dispute, so trial preparation should be quick, Brooks said during the hearing. However, the original deadline of four and a half months for the lawyers to exchange briefs and documents seemed too short, he suggested. Attorneys for the defendants agreed and asked for six months to prepare.

The defense argued the proper venue for this case was the U.S. 8th Circuit Court of Appeals in St. Louis, not U.S. District Court. Brooks' order Friday rejected that argument. Brooks asked if the defendants were going to appeal his ruling to the 8th Circuit. Defendants have no plans to appeal directly at this time, the judge was told.