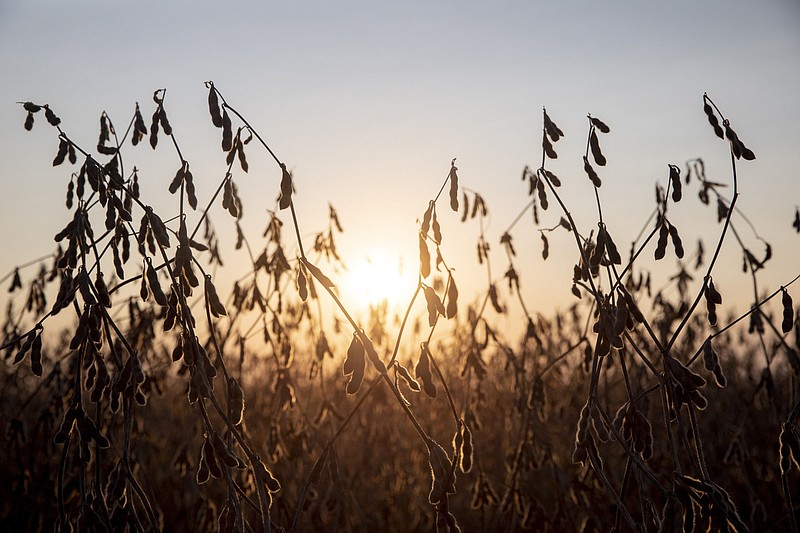 Soybeans grow in a field during harvest in Wyanet, Ill., on Sept. 25, 2020. MUST CREDIT: Bloomberg photo by Daniel Acker.

Artificial intelligence already is making strides in the development of new drugs, and now the pesticide industry wants in on the action.

Switzerland's Syngenta has teamed up with Insilico Medicine to use its deep-learning tools to produce sustainable weedkillers. As well as taking on some of the early-stage work traditionally conducted in a lab, AI could design molecules used in crop-protection tools that are more sustainable and environmentally friendly, the companies said last week.

AI is among new methods emerging as environmental and health concerns spur a quest for sustainable alternatives to traditional pesticides used by farmers. Demand also is being supported by regulatory pressures and lawsuits, most notably Bayer's $11 billion settlement deal over claims its long-used glyphosate herbicide causes cancer.

"There's an opportunity for this to be a game changer," Camilla Corsi, head of crop protection research at Syngenta, said in an interview.

Despite the bad press surrounding glyphosate, the near 50-year-old chemical compound remains the top first-line defense for many farmers. But weeds are developing a resistance to it.

"The replacement for glyphosate is the biggest challenge of our industry and we have invested a lot over many years trying to answer the question of what comes next," Corsi said. "AI is one of these technologies that could provide a breakthrough."

AI last year grabbed headlines after a Google unit took a giant step to predict the structure of proteins, which has potential uses for everything from drug research to designing enzymes that can break down pollutants.

In agriculture, a backlash against traditional pesticides is spawning collaboration between chemical and biotech companies. Syngenta has been investing in biological solutions that utilize everything from microbes to insect sex pheromones to combat fungal infections and pests. The company wants to retreat from conventional chemicals into products less toxic to humans and more resilient to climate change, Chief Executive Officer Erik Fyrwald said last year.

FMC Corp. also wants to expand in biological solutions. The Philadelphia-based company has partnered with Denmark's Novozymes, which produces microbes that target pests. Pressure is mounting from regulators over the use of chemicals, and there's a growing awareness among consumers of the need for sustainable products, Novozymes CEO Ester Baiget said.

Despite AI's speed at crunching data, it'll likely take years for new developments to reach the market without a change in the regulatory environment.

"You can only be as fast as your slowest part, and today a big bottleneck to bringing in innovation is the regulation and qualification," Baiget said.