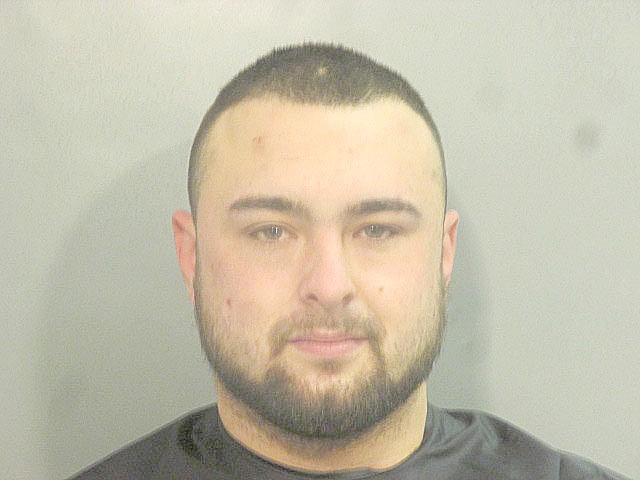 FARMINGTON -- A Huntsville man is facing aggravated assault, fleeing, first degree false imprisonment, all felonies, and six other misdemeanors following a chase that started in Farmington and ended in Lincoln, according to a Farmington Police Department incident report.

Halley Dewaye Hellyer, 28, was arrested after midnight January 27 in connection with the three felonies and the following misdemeanors: criminal mischief first degree, battery third degree, interference with emergency communication, driving on suspended license, reckless driving and excess speed, according to the report.

Hellyer was taken to Washington County Detention Center and released Jan. 27 on a $3,400 bond.

According to the report, Officer Justin Bocchino was westbound on Main Street in Farmington when he saw a red SUV pass him, heading eastbound, without any tail lights. The officer turned around to make a traffic stop, and the vehicle stopped near Main and Holland streets.

Bocchino asked for identification and found Hellyer and his passenger both had suspended licenses and extensive criminal histories, the report said. When the officer asked Hellyer to get out of the vehicle, Hellyer put the vehicle into drive and accelerated away westbound at a high rate of speed.

Hellyer wrecked at the intersection of U.S. 62 and U.S. 62B in Prairie Grove, lost his rear passenger side tire but continued to drive westbound through Prairie Grove and into Lincoln where he took several side streets and ended up stopping at Mitchell Street. The report said the suspect then bailed out of his vehicle and fled on foot. He was caught by officers and put under arrest.

The police report said that Hellyer's passenger, a woman who was still in the vehicle, told police she was frightened during the flight, called 911 for help and that Hellyer struck her twice in the face. In the 911 recorded phone call, the report said officers could hear sirens in the background and could hear the passenger crying and asking Hellyer to let her go.

Lynn Kutter may be reached by email at [email protected]

Lynn Kutter may be reached by email at [email protected]