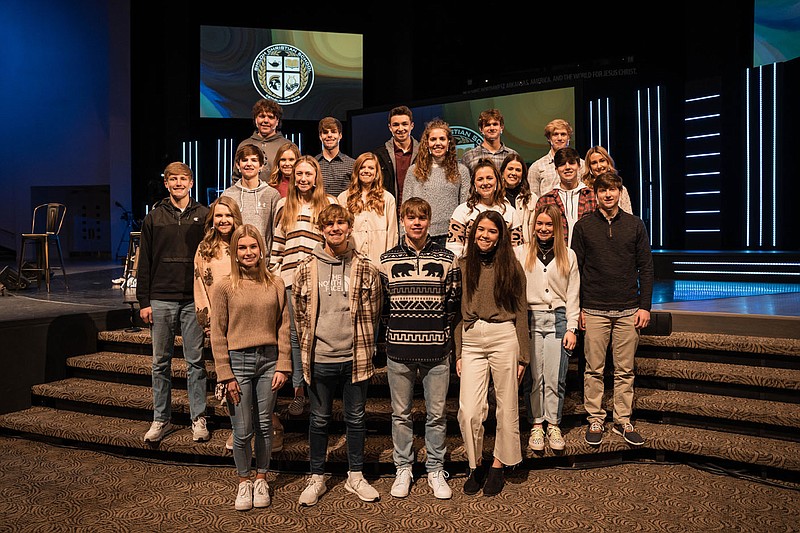 Laina Suarez of Bentonville has been named to the Dean's List for Northwestern University. She is pursuing a double major in journalism and psychology.

This honor is reserved for students who have achieved a 3.75 GPA in the given quarter.

Northwestern University, located in in Evanston, Ill., is one of the country's leading private research and teaching universities.

Brent Snyder of Rogers has earned a Master of Science in Analytics from the Georgia Institute of Technology in Atlanta.

Snyder was among approximately 3,800 undergraduate and graduate students who earned their degrees during the fall 2020 semester and were recognized during the 259th commencement exercises Dec. 11-12 at Bobby Dodd Stadium.

One of the nation's leading research universities, the Georgia Institute of Technology has nearly 40,000 undergraduate and graduate students enrolled is ranked in the nation's top 10 public universities by U.S. News & World Report.

Dallas Tucker from Fayetteville was named to Western Technical College's President's List of High Distinction for the fall 2020 term.

To be included on the President's List, students must achieve a grade point average of 3.5 or higher and carry six or more credits in an associate's degree or technical diploma program.

Rachel Reyngoudt of Huntsville was named to the Dean's List for the fall 2020 semester at the University of the Cumberlands in Williamsburg, Ky.

To be eligible for the Dean's List, students must be enrolled in at least 12 credit hours (a full course load), maintain a minimum cumulative grade point average of 3.50, and be in good academic standing.

University of the Cumberlands is the largest private university in Kentucky.

Sabrina Luke of Fayetteville has earned a place on the Spokane Community College Honor Roll for fall quarter 2020. Students on the honor roll earned a GPA of 3.0 or above.

SCC is one of two community colleges within the Community Colleges of Spokane district. It is known for its programs in career and technical training as well as its apprenticeship programs, but it also offers associate degrees including those that are transfer-ready for students going on to four-year colleges. SCC serves about 22,000 students annually with a main campus in east Spokane, five other locations in rural areas of northeastern Washington and a program in the Airway Heights Correctional Center.

Students earning a grade point average for the semester of 3.75 or above on at least 12 graded credit hours receive semester honors along with commendations from their deans. The honors also are recorded on their permanent academic records.

Kansas State University is a public land-grant research university with its main campus in Manhattan, Kan. It was opened as the state's land-grant college in 1863 and was the first public institution of higher learning in the state of Kansas.

Alec Patterson, a Central College student from Alpena has been named to the Dean's List for the fall 2020 semester.

The honor is awarded to full-time students who achieve a 3.5 GPA or higher on a 4.0 scale while taking 12 or more graded credit hours for the semester.

Denise Avila of Rogers was one of 68 students named to the College of Pharmacy Dean's List for fall 2020 at Harding University. The Dean's List standing is reserved for full-time students with a 3.80 or higher grade point average.

Harding University is a private Christian university located in Searcy.