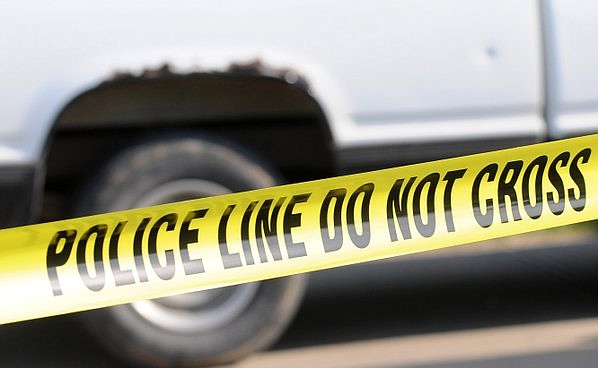 FAYETTEVILLE -- Police released the name of a man they say was killed in a parking lot on North College Avenue during the early morning hours Friday.

Cody Tisdell, 30, died after being stabbed, according to Fayetteville police. David Pyle, 39, is being held at the Washington County Detention Center on suspicion of capital murder in the killing.

Police responded about 12:52 a.m. Friday to 1889 N. College Ave. Officers found Tisdell in the parking lot of a gaming business with stab wounds. First responders rendered aid, and Tisdell was taken to Washington Regional Medical Center, where he was pronounced dead, according to a police report.

Multiple witnesses at the scene said they saw Pyle and Tisdell arguing in the parking lot, the report says. During the altercation, Pyle walked to a car, retrieved a knife and started fighting with Tisdell, who was unarmed, according to the report.

The report says Pyle stabbed Tisdell several times. Pyle got into the car and fled, according to the report.

Surveillance footage from the scene matches up with what witnesses told police, the report says. On the video, someone can be heard yelling at Pyle to put down the knife. Once Tisdell was stabbed, he ran away from Pyle and fell to the ground, according to the report.

Police found Pyle about 2:30 a.m. at a home on Hemlock Place near Tamarack Street in Springdale, according to Springdale police Lt. Jeff Taylor. Officers made contact with Pyle over the phone about 10:30 a.m., but Pyle refused to come out for several hours.

Pyle live-streamed video on social media while in the home, saying he would not go back to prison, according to police. Police used gas canisters in an attempt to get him out, Taylor said. Pyle fired a gun while in the home, police said.

About 7 p.m., Pyle came out of the home, but didn't comply with officer commands, Taylor said. Police used a stun gun to subdue Pyle and arrest him, Taylor said.

In addition to capital murder, Pyle was booked on suspicion of possession of a firearm by certain persons and theft by receiving. Police believe the gun Pyle fired was stolen. Pyle also was booked on probation and parole violations.