Williams opts out after a DUI arrest 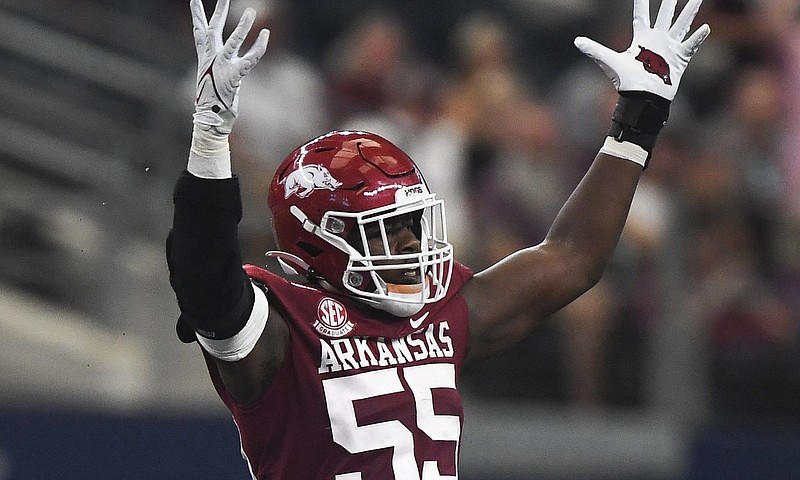 Later Sunday, Williams issued a public apology for the incident and announced he was opting out of the Razorbacks' appearance in the Outback Bowl on Jan. 1.

Williams, 24, was found asleep in his vehicle in the drive-through lane of McDonald's on Martin Luther King Jr. Boulevard in Fayetteville with the car in park after police responded to a call at 1:11 a.m., according to the Fayetteville Police Department's arrest report.

Police conducted a field sobriety test on the scene and determined Williams was too impaired to drive and placed him under arrest.

Williams was booked into the Washington County Jail at 1:50 a.m. He submitted to a breathalyzer test, which revealed a blood alcohol content of .09, which is just above the legal limit of .08 in Arkansas.

An 11-game starter at defensive end for the Razorbacks this season, Williams has a team-high six sacks, three more than the next-highest Razorback, linebacker Hayden Henry. The 6-5, 255-pounder also has 28 total tackles, 6.5 tackles for loss and 6 quarterback hurries. According to Pro Football Focus, Williams had a team-high 36 pressures.

Williams, who transferred to Arkansas from Missouri after the 2020 season, posted an apology to Arkansas fans and posted it on social media.

"My time here has been amazing since I have arrived last summer," Williams wrote. "Although it was for a short time y'all welcomed me with open arms and allowed me to experience the best collegiate season I could have asked for.

"With that being said, I have decided it is best for me to pursue my NFL dreams and move on to the next level.

"With regards to what happened early this morning, I want to apologize for what occurred and not representing the state and logo the way that it should be represented, which is with pride and honor."

Williams said he will accept what consequences come and expressed gratitude for the relationships he built at Arkansas.

Print Headline: Williams opts out after a DUI arrest