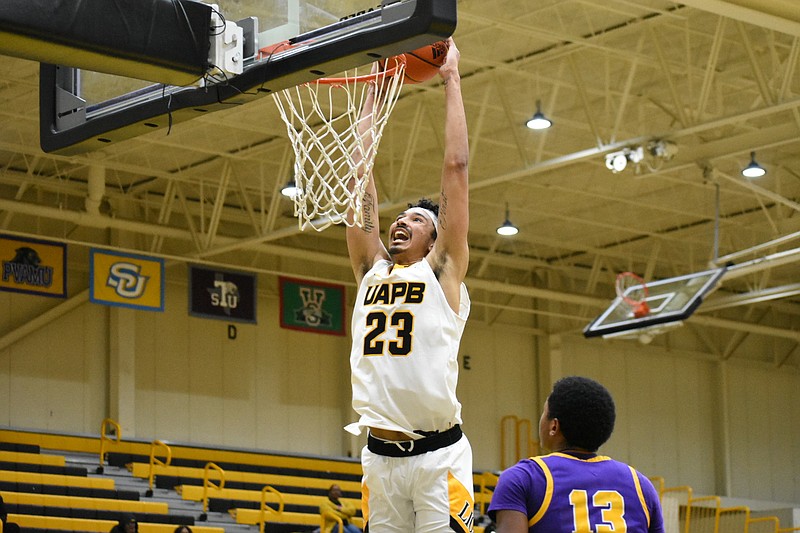 Following a seven-game Western swing against tough Division I competition, the University of Arkansas at Pine Bluff men's basketball team was greeted back to the state with a stiff challenge from a National Association of Intercollegiate Athletics program.

Five UAPB players reached double figures, and the Golden Lions fought off a second-half surge by Arkansas Baptist College to take a 75-70 victory Monday before 1,483 at H.O. Clemmons Arena, giving Solomon Bozeman his first win as the Lions' head coach.

A 60-58 Buffs lead quickly turned into a 69-63 Lions advantage as Shawn Williams and Trey Sampson knocked down key 3-point baskets – Sampson's shot was part of a 4-point play. UAPB made 4 of 4 free throws in the final minute to stave off another Buffaloes charge.

UAPB returns to action tonight to face Iowa State University in Ames. Tipoff is set for 7 p.m. on ESPN+.

At UAPB, the Lady Lions (3-3) steamrolled to their third straight victory over a thin Lady Buffaloes lineup.

Khadijah Brown shot 7 for 7 from the floor to finish with 14 points and pulled down 10 rebounds for the Lady Lions, who played at home for the first time since the Nov. 9 season-opening loss to McNeese State University. Brown recorded her third double-double of the season and fourth 10-plus rebound game this season.

Bryana Langford also scored 14 points and totaled 6 rebounds, Zaay Green scored 11, Maya Peat set season highs of 10 points and 9 rebounds, and Sade Hudson scored 9 points for UAPB, which shot 41 for 82 from the floor (50%). The Lady Lions made 6 of 20 from the arc and made 8 of 11 free throws.

The Lady Lions will play their next two games at the University of Miami tournament in Coral Gables, Fla. They will take on Tulane University at 4:30 p.m. Central Friday and Miami at 1 p.m. Saturday. Those games will not be streamed or televised locally. 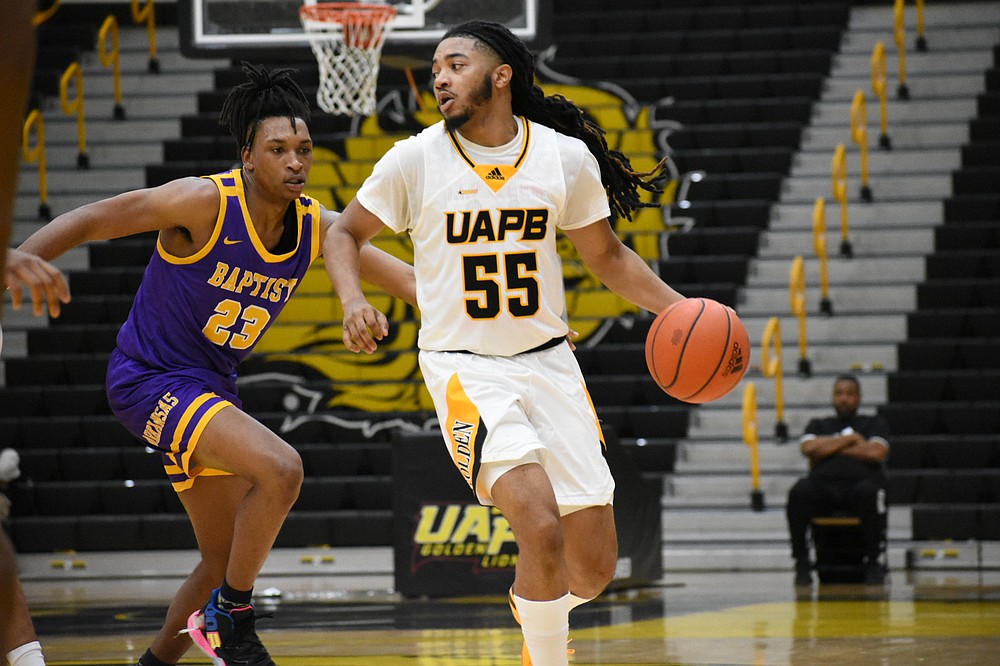