Audience Captivated By Every Word 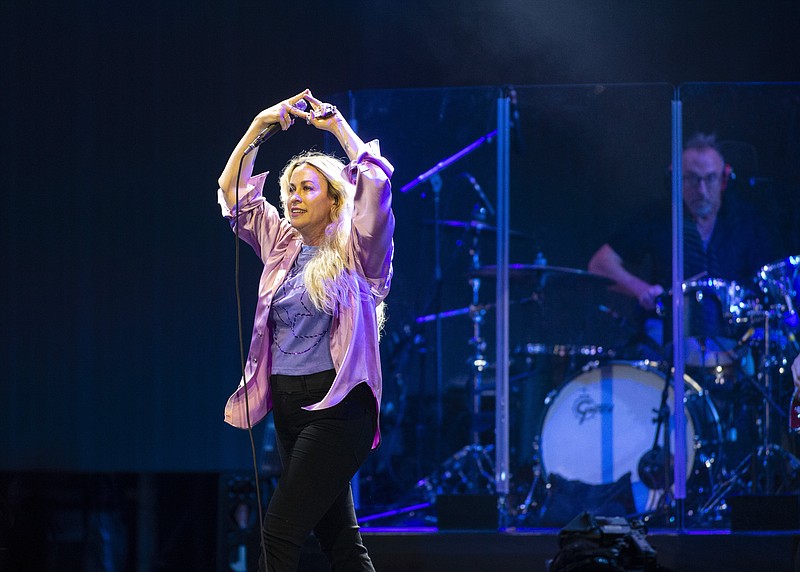 Chan Marshall a.k.a. Cat Power opened the vein of vulnerability, love and the 1990s for Alanis Morissette's World Tour in support of the 25th anniversary of "Jagged Little Pill" on Aug. 14 at the Walmart Arkansas Music Pavilion in Rogers. The tour is also being supported by special guests Garbage.

While the venue wasn't a good fit for Cat Power's beautiful, soft-spoken songs, Garbage still rocks as hard as they ever did. Shirley Manson still has every bit of swagger as her early days. Her style was impeccable as always, and despite the constantly moving crowd, many of whom were disengaged during their set, she poured herself into new songs and old favorites like "Stupid Girl," "When I Grow Up," "I'm Only Happy When It Rains" and others.

Between sets were PSAs for NAMI (National Alliance On Mental Illness), RAINN (Rape, Abuse & Incest National Network), We Are Moving The Needle (which seeks to empower female musicians) and a postpartum.net, an outreach group for parents navigating postpartum issues or the loss of a child.

Alanis Morissette has been hosting a podcast in which she chats with mental health experts and others. Not only has she made her career by being open and vulnerable, but she's also using her fame to help others reach wholeness and healing from the myriad issues that life throws your way -- appropriate for an artist whose big break was an album that deals with loss, sexual abuse, negative self-image and coming to terms with who you really are ("You Learn").

When the lights went down, the towering screens beside the stage came up with a short introductory video of Alanis Morissette in various eras of her nearly lifelong career, even before "Jagged Little Pill" debuted in 1995. She opened with "What I Really Want" then went into "One Hand In My Pocket." The crowd hung on every word as the now-blonde singer belted out the tunes of our youth.

Between songs, she introduced her band and glowed with joy. When she played "Mary Jane," another track from "Jagged Little Pill," the screen behind her showed her at various weights. Then she played a more recent song, "The Reasons I Drink," again pouring vulnerability out for a crowd hanging on her every lyric.

One of the highlights was "Ironic," which she barely had to sing on her own, other than changing the lyrics as the crowd sang, "Meeting the man of my dreams, then meeting his beautiful" -- Husband! Alanis interjected. She seemed to really enjoy herself throughout the whole show, except when she sang her break-out hit, "You Outta Know." While her voice was as powerful as ever, she seems too happy for that old tune but threw it out there because so many of us love it.

She closed the show with a multi-style encore of "Your House," switching between jazz, disco and reggae. She followed it with the always stripped down "Uninvited" and closed the evening with "Thank You" in front of rotating images of tweets of gratitude from her fans for everything from the sunlight that comes in their windows in the morning to one person's gratitude for their mother's covid treatment.

Aren't we all grateful for this return to live music and entertainers like Alanis Morissette, who survived the '90s, and is trying to help us navigate the rest of this life?