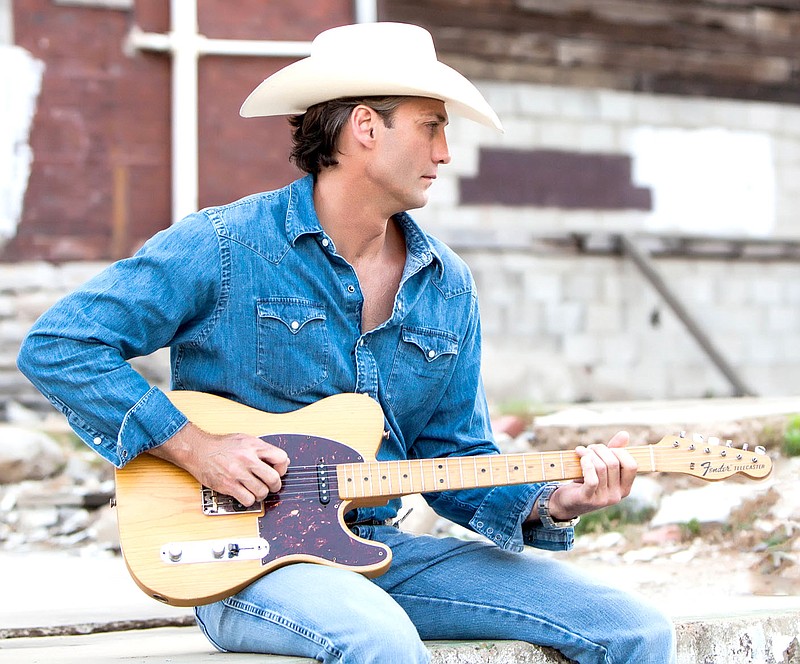 Westside Eagle Observer/SUBMITTED Wade Hayes will be the featured singer for the 67th Decatur Barbecue concert which is slated to begin at 7 p.m. at Decatur's Veteran Park Aug. 7. Hayes is best known for his hit record album "Go Live Your Life", and singles "Dirt Road", "Remember the Alimony" and "She is Home". The concert is sponsored by the Decatur Chamber of Commerce.

DECATUR -- If one looks at the list of past Decatur Barbecue entertainers, one would see a veritable who's who of country music, names such as Porter Wagoner, Hank Thompson Jr., Keith Whitley, Lorrie Morgan, Sammie Kershaw, the Bellamy Brothers and the list goes on.

This was all made possible through the generosity of Lloyd Peterson in the early days of the barbecue. This year's entertainer will reignite the rich history of the Decatur Barbecue with his unique style of country music, thanks to the sponsorship by the Decatur Chamber of Commerce.

Unlike many singers and songwriters of the day, Wade Hayes has experienced life from a unique perspective that gave him the ability to see into the real-life aspects of both triumphs and tragedies. This is reflected in his work, especially since he survived two attacks of stage-four colon cancer.

Hayes is a second-generation country singer who hailed from Bethel Acres, Okla., a town of 2,735 people just northwest of Oklahoma City. Hayes' father performed on the country music scene. At an early age, Hayes dreamed of becoming the next Don Rich, who played for legend Buck Owens.

"I was a big fan of Don Rich, and I thought that's what I wanted to do," Hayes recalls. "That's what I moved to Nashville for."

In 2009, Hayes hit the road, touring the nation with his new album, "A Place to Turn Around," for the next two years until the fall of 2011 when he was diagnosed with stage-four colon cancer. Because of his age, doctors were taken off guard. After he went through several surgeries and chemotherapy he eventually overcame the cancer. But a year later, the cancer returned. But he faced the second attack head-on, and soon the cancer went into remission for a second time.

Hayes is now cancer-free again, and the title track of his new album was inspired by a conversation with his oncologist.

"That's a song that I'm very proud of," he says. "When I'd gotten through cancer the second time and we were looking at my blood work, my oncologist was talking about taking my port out. A port is something they implant into either your chest or under your arm where you receive chemotherapy. My oncologist said, 'Wade, you were stage four and now you're cancer-free. We can take your port out. This is a big deal and I want to tell you something. I want you to go live your life.'

"It hit me like a ton of bricks," Hayes said, "because I knew that he meant two different things: one being, it's kind of a miracle that you're still here. You need to go enjoy your life. And two being, you had cancer really bad, and when it spread as far as it did, there's a good chance that it can come back. He was telling me to go live my life because we don't know how long this good is going to be. I told Bobby Pinson that story, and we wrote the song."

In addition to writing and recording, Hayes has been back on the road, touring with pals Bryan White and Mark Wills. He also enjoys spending time at his 11-acre farm outside Nashville where one of his favorite hobbies is restoring old pickup trucks. He makes time to share his experience with cancer and encourages others fighting the battle.

"I've met so many wonderful people during this journey, especially when I started healing and got out and began speaking. I've met some incredible, brave people that were inspiring to me and told me that my story is inspiring to them. I heard the story of a guy who had cancer similar to mine, and he made it back to being cancer-free. It gave me so much hope that once I got through the valley I thought, 'Man, that's what I want to do for other people.' I want to help them and try to give them inspiration and hope. With God all things are possible. I'm a living example."

The Wade Hayes concert, which is part of the 67th Decatur Barbecue, begins at 7 p.m. today on the stage at Veterans Park in Decatur.

His songs include "Ona Good Night," "Old Enough to Know Better," "I'm Still Dancing with You," "What I Meant to Say," "Don't Stop," "The Day She Left Tulsa (In a Chevy)," "How Do You Sleep at Night?" His albums include "Go Live Your Life" and "A Place to Turn Around."