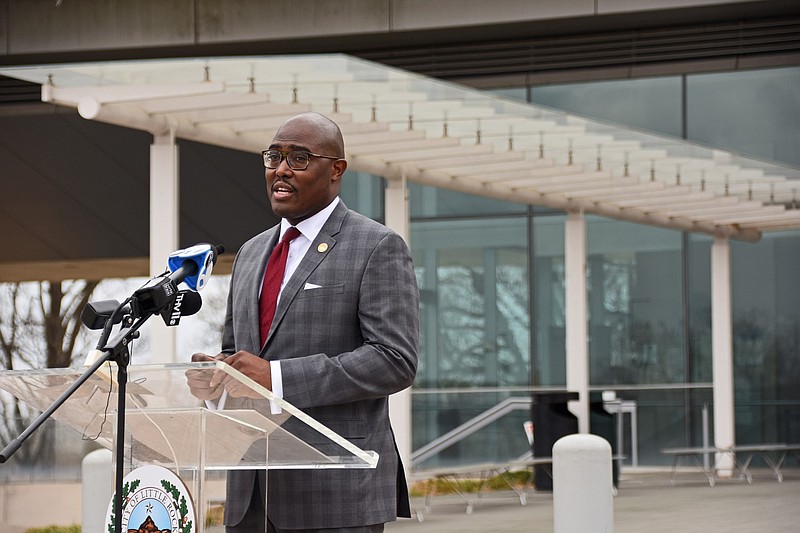 Little Rock Mayor Frank Scott Jr. at a news conference on Thursday said he was reinstating a mask mandate for public spaces in the city.

Citing the delta variant of covid-19, Scott said he had received a recommendation from the city’s pandemic task force that masks be worn again in public spaces for which the city is responsible.

Scott ended a city face-covering mandate in May amid new advice from the U.S. Centers for Disease Control and Prevention on when face coverings should be worn by vaccinated individuals.

It’s unclear how the latest mandate will comport with Act 1002, a state law passed earlier this year that bans local governments along with other government entities from enacting mask mandates.

However, Scott told reporters Thursday that officials worked consciously with the city attorney.

Asked if he expects pushback from state lawmakers, Scott said, “I wouldn’t be surprised.”

Lawmakers are currently meeting in a special session at the request of Gov. Asa Hutchinson, who has asked them to amend Act 1002 to allow public school boards to mandate masks for students younger than 12.

[Video not showing up above? Click here to watch » https://www.youtube.com/watch?v=F5514EMa92A]