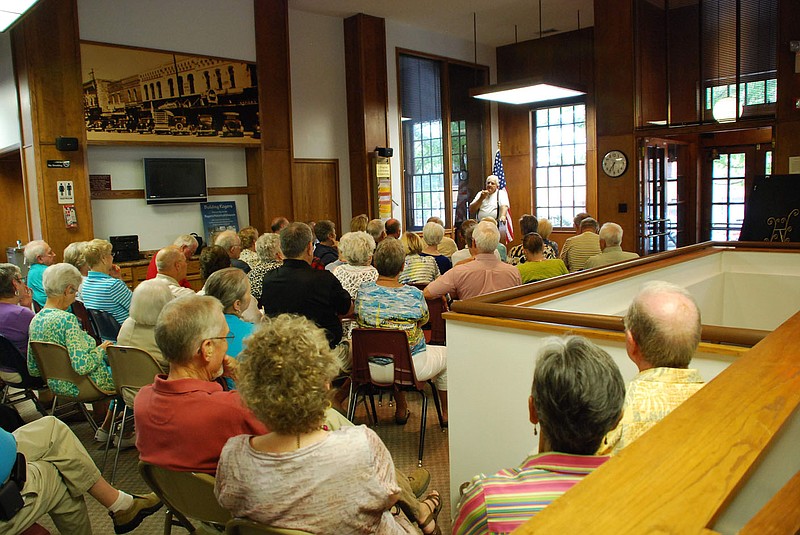 In order to get a taste of what is was like to grow up and live in Rogers, I like to talk to people who did and record their experiences. One of the most knowledgeable and colorful citizens of Rogers is Johnny Jacobs, and he graciously granted an interview. He moved to Rogers in 1945 and began the first grade at Central Ward School with Mrs. Price as his teacher, and he lives here today. At the time, the city limit sign was where Taco Bell is now and proclaimed that Rogers had 3,389 folks. He regaled me with stories for almost two hours -- and probably could have gone on for a couple of weeks. Here are some of his adventures:

"My dad, Walter Jacobs, came to Rogers in 1945 and opened the OTASCO (Oklahoma Tire & Supply) store at 115 S. Second St., across from the Victory Theater." (This building was occupied earlier by Watson's Goodyear and the Candy Kitchen. Today it is Ed Cooley's White River Gallery.)

"In 1951, we moved OTASCO into a larger store at 103 W. Walnut St. and did business for about five years," said Jacobs. "About 1955, Dad expanded again and moved OTASCO to 112 S. First St. (Now Parkside Public Restaurant.) This building was larger and featured a full basement, where bicycles and toys were displayed." Walter Jacobs died in 1964, and the family sold the dealership in January 1966.

"In 1946, right after we got to Rogers, Dad bought five acres for $500 from Cedric Watson, who owned the Goodyear on Second Street. It was way out in the country where Poplar intersects Dixieland, which was a dirt road. He built the first house on Dixieland, and the house has changed through the years, but is still there today. There were no houses in the area, and Dixieland was dirt and ended at Poplar, then the road went back toward town to where the Catholic Church is today. There were no phones, so we had to use a crank phone with a battery down at the end of the street. Behind our house was an airport landing strip. The airport was owned by a Dr. Cobb, and I would sit out there in my back yard and watch him for hours take off and land his little J3 Cub. He parked it in a little hangar that is still there today."

In 1952, Walter Jacobs bought a farm out at Coose Hollow before the lake was in and bought three or four hundred sheep, in addition to running the OTASCO store. "My job was taking care of those sheep, and it was akin to herding cats."

I asked Johnny to tell me about school. "My grade cards always said that I was a good student if I just applied myself. My sixth grade teacher was Grace Hill, and she was like my second mama. She told me, 'Johnny if you would just apply yourself, you could be president of the United States.' I said I don't want to be president. She said that I could be anything that I wanted to be, but I had to pay attention. I think I was what they call today ADD and was always in trouble."

"I learned to drive an old farm truck and tractors, and when I was 12 years old, Dad acquired a '46 Mercury Coupe from a guy who owed him $50, and he let me buy it. At the time, Quant Morrison was a friend and the police chief, who I knew because he sometimes helped us bail hay. I asked him if I could drive to school. He agreed to let me drive up Highway 12, which was a gravel road, as long as I stayed on the east side of the railroad tracks. So I would park at Rogers Transfer & Storage on Arkansas Street and walk the rest of the way to Central Ward. The sheriff of Benton County was Joe Means, and Quant talked him into letting me drive to town. So, I drove to town in that old Mercury in the eighth and ninth grades."

I asked Johnny if he participated in sports at Rogers High School. "I didn't have time for sports because I worked taking care of those sheep before and after school. I was not very big or fast, and not any good at any sport anyway. I was however one of the first male cheerleaders for the Mounties. Bennet McCool, Mack Luffman and I tried out for the cheerleaders. We were accepted, but had to buy our own uniforms. We did later get a sweater with 'R' on it. Some of my best memories were traveling to the football games on the bus with the girls."

Did you get paddled at school? I asked. "All of the time [laughing]. I hated school and got paddled often. Our teachers, especially one I remember, Billy Seabolt, did not hesitate whipping the boys when they needed it."

Who were some of your outstanding classmates when you attended the old High School on Walnut Street? "There were so many -- Jimmy McWhorter, Kay Calvin Sanford, John Ford, Charley Brewer, Steve Roberts, Roger Greenlee, Jeannie Wilson Fleeman, Bill Fleeman, Andy McCurdy, Betsy Robinson McCurdy, Wayne Mackey, and many others. I think we had about 107 seniors in our graduating class of 1957."

What did you do after high school, I asked? "I went to the U of A for one year because my Dad wanted me to be an engineer. That didn't last long, for I hated school. I worked at our OTASCO store until we sold it in 1966. After that, I went to work for Charlie Banks of Beacon Realty selling lots in Monte Ne Shores. The lake had just filled, and some investors bought what was left of W.T. McWhorter's farm, which was about 110 acres along the shoreline. Part of the farm including Coin Harvey's pyramid was under the lake, but the rest was platted into 50-by-150 foot lots. The main salesmen at the time were high school coaches such as Waymon Lewellyn, Wayne Dyer and Bob Brown. They were just working part time while school was out. The lots averaged $695 with $15 down and $10 per month. My first day, I was on the job by myself with a platt of the subdivision with no prices. I had a customer and sold my first lot for $1,195 cash. I didn't know the lot prices, so I just picked that number. When the bosses came back, I found the selling price was $800. From then on, I set the prices on all of the lots and made $8,950 commission that first month. I sold lots for Beacon Realty for about two years."

"About 1979, I went to work for Bill Fleeman selling houses in his subdivision, Oak Hill I. I sold about 400 houses for Bill in Oak Hill I and Oak Hill II. About 1980, interest rates went to 20%, and you could not get financing to sell houses, and we were stuck with about 50 unsold houses. We financed them ourselves at $500 down and $500 per month. My commission was $500 per house, and I sold them all in 4½ months."

I knew that Johnny was involved in the origin of Car-Mart, which was started in Rogers and grew into the largest publicly held used car dealership in the nation. I asked him how it started. "One day Bill Fleeman picked me up and drove to a former Dog n Suds hot dog joint on South Highway 71 just a little south of New Hope Road. I told Bill that I was not going to cook hamburgers. At the time, the building was owned by a doctor from Fayetteville and used by Marty Andreason to overhaul boat motors. He said that we could buy this building for $25,000 and open a used car lot. He proposed selling and financing cars with the buy here/pay here plan. In 1981, it was the first car lot of any size doing this in Northwest Arkansas. My commission was 50% of the profits, and we invested about $10,000 and bought 12 cars from auto auctions and anywhere we could find one. Bill went on vacation to Monte Carlo, Monaco, and left me and Nan Smith to open the car lot. The cars averaged costing us about $600 and we sold them for $100 down and $25 per week. We sold out the first week. We were out of money and Bill was in Europe, so Nan and I put in $10,000 each and bought $20,000 worth of cars. When Bill got back, he reimbursed us, and the rest is history. The plan was so successful that Bill opened and operated about 35 lots in several states. I left the company in 1988, and Bill sold out in 1999."

Johnny said that he only had one job in his life that paid a salary, and that was digging sewer ditches. That didn't last long, and the rest of his life he worked on commission and excelled and made a lot of money selling a wide variety of products. Now he is retired here in Rogers, and his major pastime is telling wild stories. 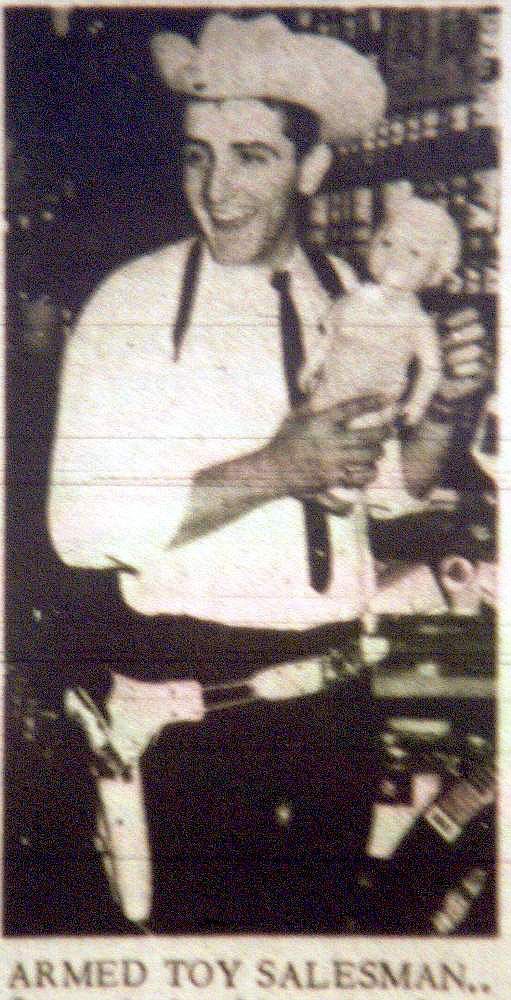