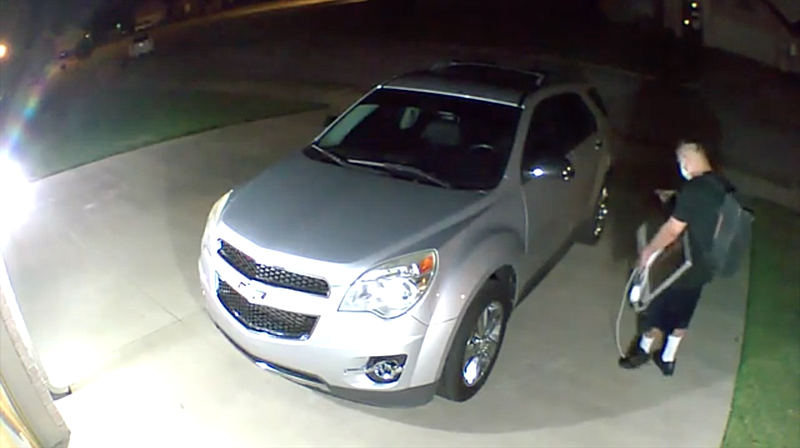 In this screenshot of video taken by a security camera, an unmarked Benton County Sheriff's Office vehicle is shown being stolen.

The silver 2012 Chevrolet Equinox with license plate 699 SSC and dark tinted windows was taken from a driveway in Cave Springs, according to a Sheriff's Office news release and Facebook post.

Security camera footage from the home, released by the Sheriff's Office, shows what appears to be a man walk up to the vehicle and unlock it using a key fob. The video shows him wearing a backpack and carrying a television set.

[Don't see the video above? Click here to watch: nwaonline.com/84stolen/]