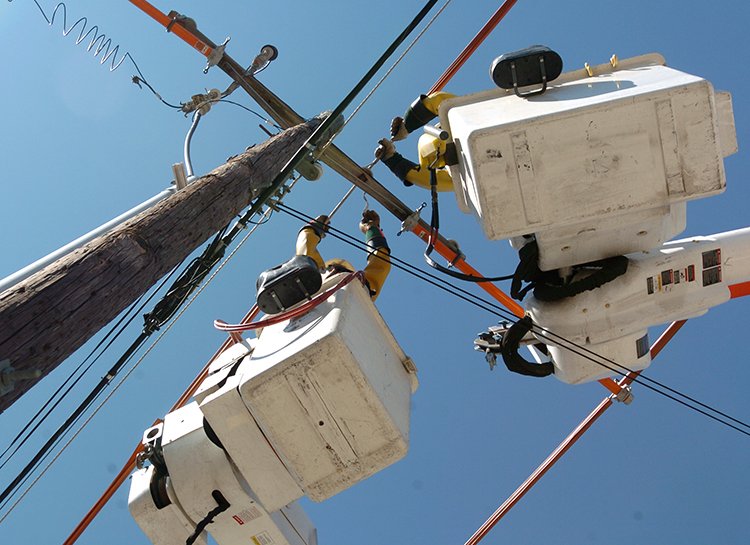 The electric utility Southwestern Electric Power Co. is asking to raise rates for its western Arkansas customers that could total more than $18 per month for a typical bill.

The $85 million request, submitted July 23 to the Arkansas Public Service Commission, would go into place next June if approved.

The company says the increase will allow it to better prepare the system for the future and invest in renewable resources.

"We have made significant investment in wind-powered generation, specifically with the North Central Energy Facilities (NCEF) project," said Malcolm Smoak, president and chief operating officer. "It's a project that has environmental and economic benefits for SWEPCO's customers, saving an estimated $2 billion over the next 30 years."

The Arkansas Public Service Commission unanimously approved the facilities project in May 2020.

One of three plants is now in commercial use while the other two are planned for this year and next year. Arkansas SWEPCO customers will get 268 megawatts of power from the projects.

The Sundance wind field -- a 199-megawatt wind facility -- began operations in April. The field is northwest of Aline in Woods County, about 150 miles west of Tulsa. The other North Central Energy Facilities fields include the 287-megawatt Maverick and the 999-megawatt Traverse projects currently under construction, both in west-central Oklahoma.

"The Sundance, Maverick and Traverse facilities will bring significant long-term cost savings to our Louisiana and Arkansas customers while helping them meet their renewable energy and sustainability goals," Smoak said earlier this year.

The Public Utilities Commission of Texas didn't approve the North Central Energy Facilities wind farms project, so the power generated by them will not be used by Texas customers.

In 2019, the Arkansas Public Service Commission approved a net annual increase of $23.9 million for SWEPCO in Arkansas. That was an 8.7% increase that raised rates by $8.43 per month.

The Arkansas Electric Energy Consumers said Monday that they likely won't challenge the request because almost all its members operate in Entergy Arkansas territory. "Thus I don't anticipate that AEEC will involve itself in SWEPCO's most recent rate case filing" said Jordan Tinsley, an attorney representing the group said Monday.

"I'll note, however, that this substantial rate increase application follows closely on the heels of a rate increase that the commission just recently approved in 2019 or 2020, which would certainly raise my eyebrows if AEEC were planning to get involved."

Base rates refer to the costs of building and maintaining the electric grid. SWEPCO has about 120,000 customers in Arkansas. SWEPCO is owned by American Electric Power, based in Columbus, Ohio.

CORRECTION: Southwestern Electric Power Co.’s request for a base rate increase of about $18.89 per month would equal $226.68 a year for a residential customer billed for 1,000 kilowatt-hours use per month. A description of the base rate increase request the utility submitted to the Arkansas Public Service Commission and information about a winter storm charge were incorrect in an earlier version of this article. The winter storm charge began in April. It adds $7.72 per month to bills of residential customers using 1,000 kilowatt-hours per month. Also, Arkansas SWEPCO customers will get 268 megawatts from new wind farms in Oklahoma. The megawatt amount was incorrectly reported.