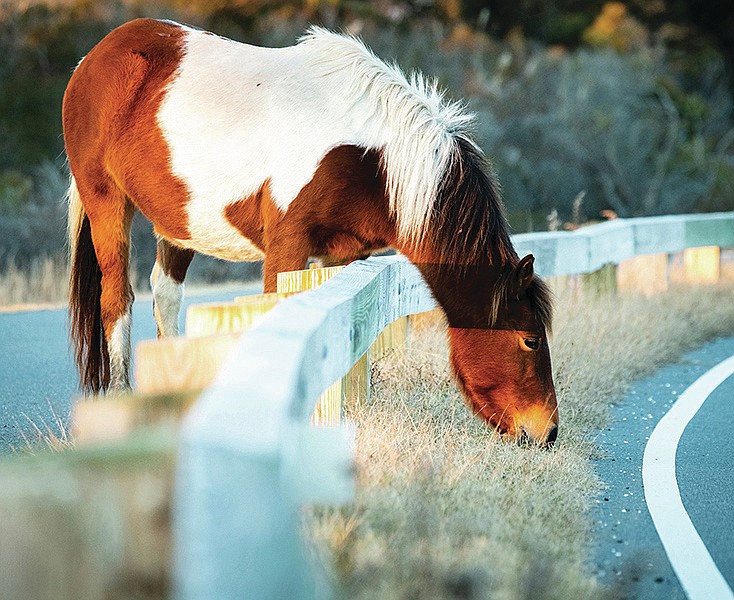 When Robyn Koons heard on social media that a car had fatally struck a wild mare on Assateague Island and badly injured her 2-month-old foal, she was determined to push for action to slow traffic on the sliver of land on Maryland's eastern coast.

An avid horse lover, Koons started an online petition and has gathered more than 37,000 signatures that she sent to Maryland politicians, along with state park and U.S. National Park Service officials to call for installing more speed bumps along a rural road.

"Ponies are my passion so I thought: What can we do to prevent this," Koons said. "Nobody likes speed bumps, but if it's going to be the answer to help the horses to make people pay more attention to their surroundings then we need it."

Despite strong support for Koons' petition, federal officials said they're unlikely to put in the requested speed bumps.

Speeding cars have long been a problem on Assateague Island, Koons and other wild pony advocates argue, with few drivers heeding the 25 mph limit and the island's resident herds often suffering the consequences.

According to the National Park Service, 35 horses on Assateague Island have been hit and killed by vehicles on park roads since 1982, while another 18 were hit but survived.

In recent years, there has been at least one vehicle-related equine fatality every year or so. In 2017, an 18-year-old stallion named Jester died after he was struck by an SUV; a year later, Sir Gruff, an 18-year-old solid bay stallion, was killed by a car; and in 2019, a chestnut mare named Connie's Girl was standing in the road on a curved area when she was struck and killed by a U.S. Park Service vehicle.

"We need to stop the speed for the wildlife and the humans," Koons said. "If we keep letting this happen we will get to a point where we won't be allowed on the island or horses will go away and I don't want to see either one of these things happen."

The islands are well-known for their free-ranging herds of wild horses. Maryland's pony herd is managed by the U.S. National Park Service, while Chincoteague's is taken care of by the local volunteer fire company, which holds an annual pony swim and an auction fundraiser of the ponies the day after the swim to prevent overpopulation.

Officials said the crash with the 4-year-old mare, Moonshadow, and her foal, Moonbeam, happened in late June along Bayberry Drive, the main road into Assateague Island. The vehicle was traveling at a "low speed," according to Liz Davis, chief of interpretation and education for the Assateague Island National Seashore at the National Park Service. Horse enthusiasts said they worried that because the driver didn't report the crash right away to park service officials no one knew the horses had been hurt.

Her foal, Moonbeam, was later found and caught by wildlife experts and is under the care of the Chincoteague fire company, which got her to a veterinarian to tend to her leg injury.

Officials with the Chincoteague fire company said Moonbeam has been taken into their herd of wild horses on the Virginia side. She will live out her life there and will not be sold as part of their auction fundraiser.

Denise Bowden, a spokeswoman for the Chincoteague Volunteer Fire Company, said Moonbeam is "doing fantastic" with the Virginia herd after being treated by a vet and is "barely limping." Bowden said the foal is running and has "made little friends" with other horses.

With more people seeking outdoor activities during the coronavirus pandemic, Koons and other horse enthusiasts said, Assateague has seen more visitors. They believe that could endanger the horses. They're also worried about vehicle crashes with pedestrians, hikers and bikers.

Koons, who has a vacation home at nearby Fenwick, Del., and goes to Assateague often, said that after the car hit Moonshadow and Moonbeam, she saw people "complaining" online about the park service not doing more to help the horses, while others disagreed, arguing "they're wild horses" and should be left alone.

Park service officials aren't convinced that more speed bumps will work. They said there are already two speed bumps that were added in the spring of 2020, just east of the Verrazano Bridge on State Highway 611, the main road into Assateague.

But on the Maryland side at Assateague, cars are a problem, as they are in many parks.

Getting hit by a vehicle is "one of the most deadly types of encounters for wildlife in parks" because roads often "cut through their habitats or migration routes," said Davis, of the National Park Service. She said drivers should slow down and watch their speed in areas with wildlife and keep an eye out for animals that "may dart on to the road."

In an email Davis said that the park service is aware of public concern for horse safety but does not believe more speed bumps are needed. A review of the crashes at Assateague involving vehicles and horses found that the vast majority of them are not speed related, and most "have historically happened at very low speeds," she said.

Plus, more speed bumps would be dangerous for ambulances getting to the park and add to response times, she said, noting that "getting over multiple speed bumps could also be a danger to severely injured patients."

Furthermore, speed bumps are hard for RV drivers to navigate and for the park's heavy equipment that has to "move sand and do other construction work on the island," Davis said.

The park service is adding electronic signs that will calculate a driver's speed as they pass and more signs to warn of upcoming "S" curves in the road. There will also be a 15 mph zone around some congested areas, including at the park entrance, in hope of slowing traffic in areas where vehicle, pedestrian, bicycle and horse interactions are most likely, she said.

Nonetheless, Koons plans to press ahead. Her online petition has support from people across the United States and as far away as Russia and Germany.

She and other advocates say the 25 mph speed limit on the island is rarely heeded and drivers who do follow it are often honked at or get rude comments from others for going too slow. The petition calls for more speed bumps along Bayberry Drive, which would "require folks to slow down and potentially save the Island's inhabitants." 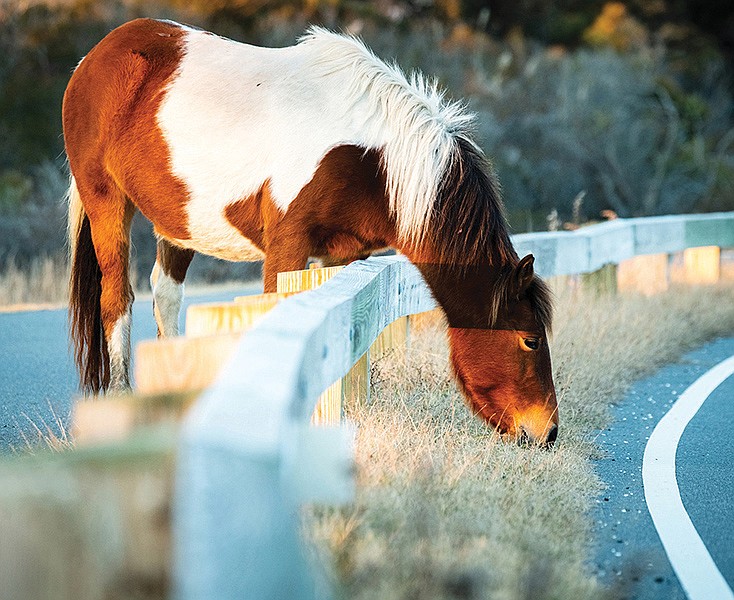