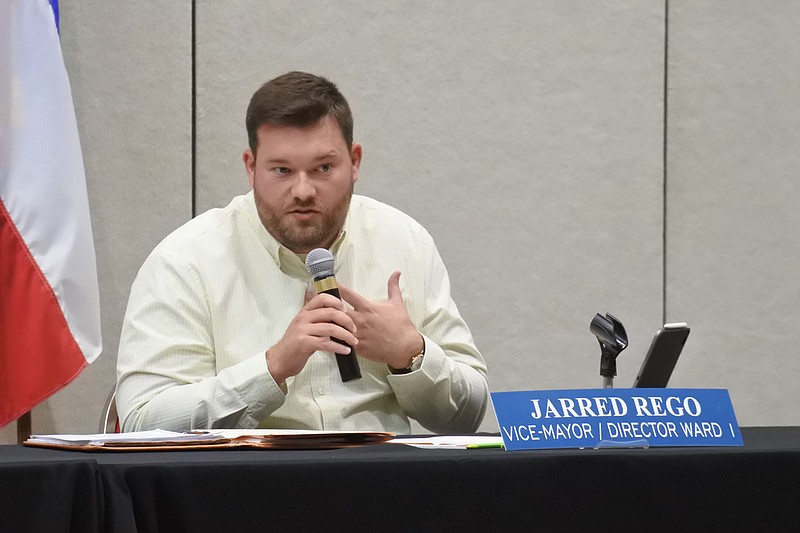 FORT SMITH -- The city is looking for better ways to keep residents in the loop about what it's doing and form a stronger relationship with them.

The city Board of Directors discussed creating a community engagement program during its study session Tuesday.

Director Jarred Rego provided a draft plan. He said city government needs a broader and deeper connection with residents because too many people are disconnected with city operations.

Mayor George McGill during a workshop with the board last week stressed the need for the city to clearly communicate about "difficult, technical issues" to help residents understand issues and the board's decisions.

City Administrator Carl Geffken on Tuesday said he was sure components of the program would need to be included in a communications plan the city administration is developing. The plan would provide information about city operations and the benefits of living, working and coming to the city.

The community engagement program Rego proposed would meet monthly and feature city directors, department heads and administration staff. The meetings would have a more open format than regular directors meetings and allow those involved to discuss the "how and why" of what city officials are working on, among other things.

"It's the opportunity to highlight open forthcoming job opportunities," Rego said. "And also I think there's merit, on a quarterly basis, to make it a little less formal, to have sort of social meetings at rotating locations and also reach out into the corporate space for specific corporate town hall meetings."

Rego said the desired outcome includes getting more residents to serve on boards, commissions and other programs that might help the city move forward.

"And I think the way we're going to connect and engage with people is giving them these opportunities to connect in broader ways," Rego said.

Rego acknowledged the draft isn't a "silver bullet" that will instantly alleviate the city's communication challenges.

Director Neal Martin said he wants people to get to know their elected representatives. He wants the communications plan to include speaking engagements for city directors at clubs and organizations.

"We are the ones that are making decisions that affect their lives," Martin said.

Director Lavon Morton supported Martin's suggestion and would like the city to schedule two ward meetings with residents each quarter. However, the key would be spreading the word about the meetings.