Prairie Creek to close after 50 years in Rountree family 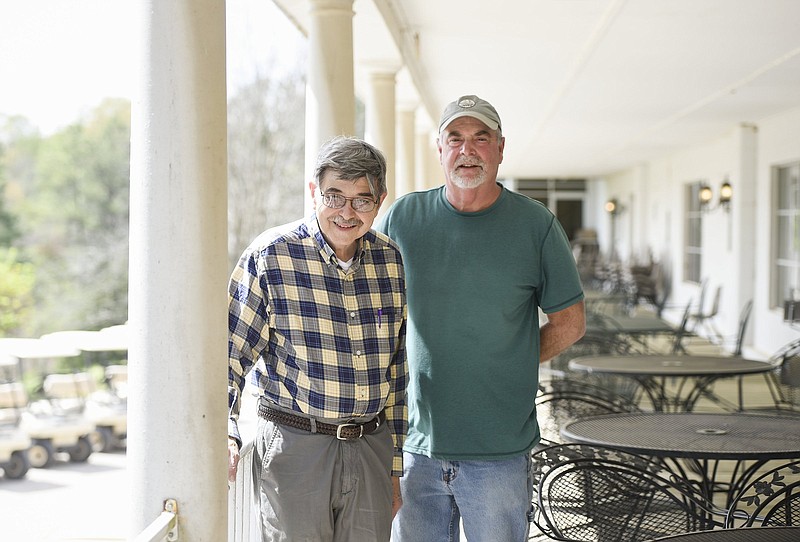 ROGERS -- Marc Bryant waited patiently in a near-empty parking lot to play golf like he's done frequently at Prairie Creek Country Club since 1983 when he was a member of the Rogers High School golf team.

A few minutes later, Don Rountree arrived and stepped out of his vehicle with some papers and a cane in his hand to unlock the clubhouse door to get Bryan and his son, Taylor, booked and assigned to a golf cart. Rountree then turned his attention to Dale Kinser and his wife, Patsy, a couple from Sand Springs, Okla., who had finished playing golf for the day. Dale and Patsy played here on Saturday then came back two days later for another round of golf before continuing on their way to Eureka Springs.

The couple's conversation with Rountree on this day was longer and more substantive than the usual goodbyes. This was a real, heartfelt goodbye, prompted by the knowledge the Prairie Creek Country Club will close its gates on Friday to end 50 years of ownership in the Rountree family.

"We've had a group coming over from Oklahoma to Prairie Creek since the 1980s," Dale Kinser said. "It's such a beautiful course and Don Rountree and his family have been so nice. They know how to put on a tournament. Whatever sadness I feel about the course closing is surpassed by knowing they're doing what is best for this family."

Don and his brother, Bobby, have spent most of their adult lives at Prairie Creek after their father, Hogan Rountree, purchased the property in 1971. Don Rountree, 73, is the course pro and Bobby Rountree, 64, the course supervisor, and the two continued to run the place after Hogan died in January 2010. But time catches up to everyone and golfers who've long enjoyed the beautiful scenery and challenging course at Prairie Creek trickled in this week for a final opportunity to play golf and perhaps share a few stories with Don and Bobby, who've kept the business alive for half a century.

"I spent a lot of time out here with friends while I was growing up," said Bryant, 49, a businessman from Rogers. "I used to stay out here all day. So, I'm feeling sentimental now knowing this golf course is about to close."

Nestled at the outset on a ridge in the beautiful Ozark Mountains, the 18-hole course at Prairie Creek winds down into a valley with tree-lined fairways and water hazards that challenged even the best golfers. But the clubhouse is aged and in need of some renovation if a buyer wants to continue Prairie Creek as a public golf course. There are cracks in the cement along the outdoor walkway of the clubhouse and vines have grown in spots along the wall where a row of chairs stacked four high have turned ashy gray in color.

"We would love it if somebody bought it and ran it as a golf course," Don Rountree said. "We've got some cleanup here to do with the building and equipment area, but it would still make a good public course."

The Rountree family has roots in Arkadelphia, where Hogan Rountree took up golf and eventually became a member of the Arkansas Golf Hall of Fame in 1995. He was an exceptional golfer who worked with Davis Love, Jr., a touring pro himself like his more famous son, Davis Love III, who won 21 events on the PGA Tour.

Hogan Rountree mentored other serious players like Mark Williamson, who first swung a golf club at Prairie Creek when he was 2 years old. Williamson, 40, played professionally for 10 years and now owns a golf fitness business in Scottsdale, Ariz., called The Golf Yogi that includes yoga to help a golfer's game.

"Hogan Rountree gave me my first golf lesson and helped develop in me the respect I have for the game," Williamson said. "I always loved it out there with Hogan, Don, Bobby and it was a great place to be for a Rogers kid who enjoyed playing."

Typically, the Prairie Creek Country Club would open at 8 a.m. during the week and 7:30 a.m. on weekends and the gate leading to the clubhouse wouldn't close until after the last of the stragglers had left the property. Prairie Creek Golf Course had only recently begun accepting players again on a limited basis after being shut down for months because of the covid-19 outbreak. But that was a rare break for a sports venture that slowed only during the winter months.

"It's a seven-day operation and the only job I've ever known," said Bobby Rountree, who's worked for 40 years at Prairie Creek. "On my end, as the course superintendent, there's always something whether it's cutting grass, working on equipment, or spending a lot of hours on the spray rig. The man we had as superintendent years ago quit during the busy period of the summer and I said at the time 'well, I'll go do it.' I didn't know I'd be doing it for 40 years."

At 73, Don Rountree said he is no longer physically able to keep up with the demands of operating a golf course that, in its heyday, greeted paying customs from nearly sunup to sundown. But he said the beauty and serenity of a course hidden from traffic in the Ozark Mountains should be attractive to any potential buyers.

"Since the 1960s, and mid-1970s in this area, golf courses have been built along with housing and apartments," Don Rountree said. "But what makes this place unique -- and I was talking about this with a guy from California this week who played Pebble Beach -- is that you're out in nature and not looking in somebody's back yard or front yard. There are literally hundreds and hundreds of trees out here and it's almost like being a national park with the deer and other wildlife. There's been a time or two when we've had a bear on the golf course. I never saw one but I've heard from people who said they've seen a bear out here."

Prospective buyers, if there are any, will not include any of the offspring from the Rountree family tree. Bobby's son, Seth Rountree, grew up around golf while attending Shiloh Christian High School and later Ouachita Baptist, but he lives in Colorado and has other interests.

"I told my son when he was in high school that I had a spot for you here," said Bobby Rountree, whose daughter, Sarah, will graduate soon from Ouachita Baptist. "I told him it's a commitment in working all day at a golf course. But I also wanted him to have the opportunity to pursue his own life's dream."

Bobby Rountree made Prairie Creek has life's work after returning from college at Ouachita Baptist to Northwest Arkansas years ago. He admits there'll likely be a few tears shed on Friday when he and his brother close the gate behind them and shut the Rountree family golf business down for good.

"It's going to be tough because it's an emotional decision on our part," Bobby Rountree said as his eyes swelled and his voice cracked. "There's been a lot of friendships and acquaintances we've made that we cherish and value. But it's time." 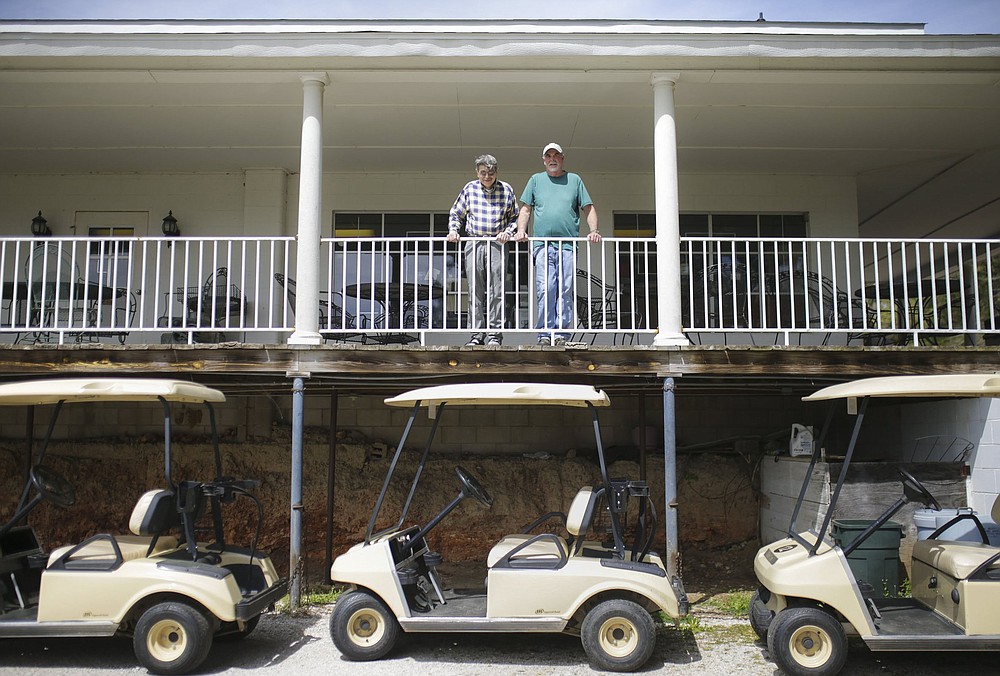 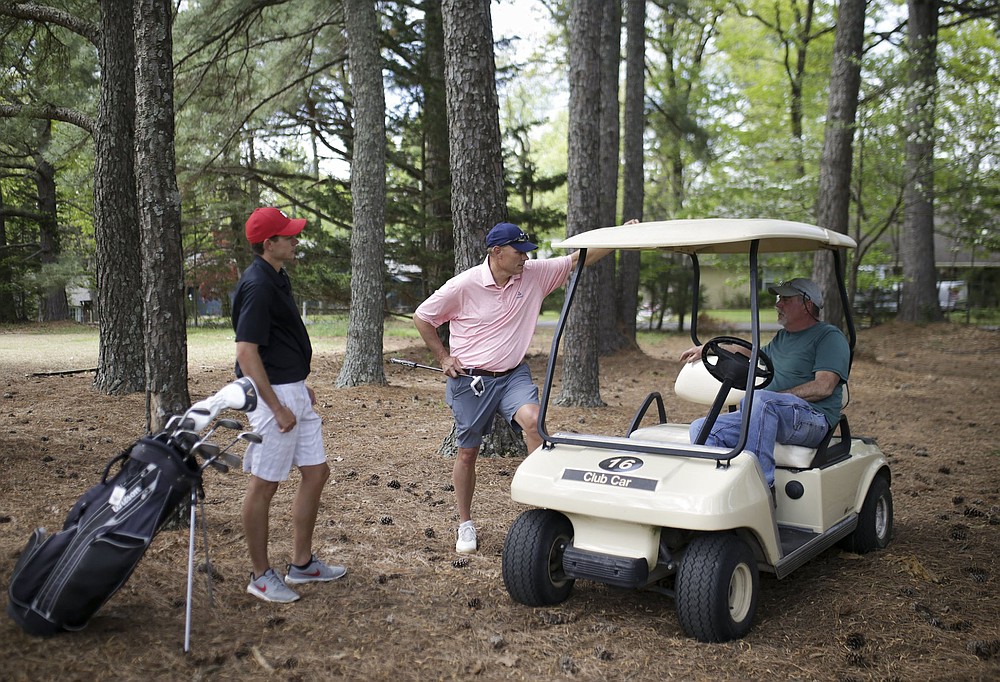