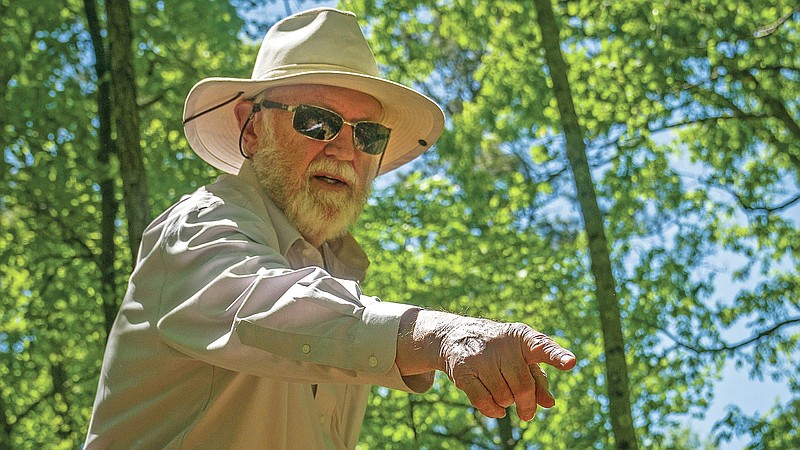 COLUMBUS, Ga. -- Jeannette Little isn't worried about the decay. She finds comfort in returning to the Earth quickly -- ashes to ashes and dust to dust.

"My spirit's not going to be here anymore," she said.

When the 66-year-old recently retired state court judge dies, her body's final resting place will be on her cousin's land just north of downtown LaGrange where she spent some of her childhood running through forest and streams. There will be no embalming or tombstone epitaphs or vaults or grave liners.

She hasn't purchased her plot yet, but Little said she doubts 78-year-old Ralph W. Howard Jr. would deny her a spot at Whispering Hills Memorial Nature Preserve in LaGrange, Ga.

The land spans 140 acres and backs up to inlets of West Point Lake. It features trails for walking, hiking and biking. Four horses roam fenced-in meadows.

But the preserve's central feature is the 20 acres designated as a perpetual care green cemetery -- one of three in Georgia and the only one outside of metro Atlanta, Howard said.

The preserve opened its gates Thursday, the 51st anniversary of Earth Day, and Howard said he hopes the land that gave him peace as a boy will do the same for others, even in death.

WHERE IDEA CAME FROM

Howard's parents bought the main chunk of the land that now comprises the reserve in 1946.

Early on, there were no phones. Paved roads stopped less than half a mile from his childhood home where the occasional mule-drawn wagon would pass by. Prosperity came to the land in the form of washing machines and tractors in the 1950s. He played in streams and out in the woods.

And when cars drove by, Howard and best friend Jackie Hubbard would occasionally hide in a ditch and throw mud balls at the unsuspecting drivers. A county trooper soon put a stop to that, he said.

"It was wonderful," Howard said. "I was a barefoot boy with cheeks of tan."

After the deaths of his parents, Ralph and his sister, Jean Howard, tried to come up with ways to preserve the family land as LaGrange expanded and subdivisions started popping up.

Jean tried to run a horse farm a decade ago, but the economy wasn't right. He thought about selling timber but after researching the venture, decided it wasn't worth the trouble. He fell onto the green cemeteries idea by accident.

Ralph was trying to go downtown to get breakfast during an ice storm a few winters ago. He slipped, shattering his hip in two spots. While rehabbing, he read an article in The Economist magazine about green burials, published in April 2018.

He started talking with funeral home directors and visiting other green cemeteries to firm up his idea, including the famed Billy and Kimberley Campbell of Ramsey Creek Preserve in Westminster, S.C., the first green cemetery in the United States.

Then came the planning and replanning, the zoning and the legal documents, and the required licenses to make it all come true. It took three long years.

"Nobody knew what it was but when I told them, they were interested," he said. "So many people said that's what I always wanted. Just put me in a wooden box."

Green burials look like funerals of old with a modern focus on eco-conservation and minimizing environmental harm. Specifics for the process vary widely depending on a person's desires.

Formaldehyde and other synthetic embalming fluids are a no-go. The bodies are cleaned, like any other burial, and the family could hold a private family viewing at the funeral home before the body is finally laid to rest.

Burial containers are made of natural material. It could be a biodegradable shroud or a casket or a container made of wood, wicker, cardboard or other similar material, Higgins said.

"It would be a whole lot similar to a graveside service people are used to, except the casket would be a different type of material," he said. "It is an older way of doing things but maybe the reason somebody would choose it is a newer way of thinking."

The body arrives at the preserve where the rest of the preparations take place. Whispering Hills is certified as a natural burial ground by The Green Burial Council, a nonprofit organization based in California outlining standards and best practices for the industry.

The graves are dug and GPS coordinates are marked so family members can locate their loved one after the burial. Graves for shrouded bodies are dug about three feet deep and those for containers are just a little bit deeper.

The regular dirt and topsoil are separated out. The regular dirt is poured over the shroud or container first, and then the topsoil is added back to encourage plant growth. Special flora from the property are then planted over the grave.

"If you bury them three feet down, they pretty much just go back to nature," Ralph said as he stood in front of a model grave during a nearly hour and a half tour of the property this week.

"You've got microbial action. ...If you took a shovel and dug that up and got yourself a petri dish and started messing around with it, pretty soon you'd see things growing," he added. "I mean, it's all alive. You don't think about that but it is."

A rock found on the property becomes the headstone, listing the person's name, their birth date and their death date.

The process is generally cheaper than a standard funeral. A single space for a natural burial at Whispering Hills costs $3,000. You can also bury or scatter your loved one's ashes for $450. The ashes are combined with specially formulated soil to encourage plant growth.

Green burials represent a very small but growing segment of America's funeral industry. The National Funeral Directors Association reports 14% of Americans older than 40 say they would choose green burial and around 62% are open to exploring it.

The association predicts the number of cremations in the United States will soar over the coming decades, accounting for 78.4% in 2040.

Higgins, the LaGrange funeral director, said the concept of green burials could become more widely accepted over time -- just as cremation is now.

"Once that change does happen, it's hard to kind of turn it back," he said. "Cremation, 20 to 30 years ago, was a very small percentage of the market. ...It might happen slowly, but I do think the demand will increase for green burials as time goes along."

The first ceremony at Whispering Hills wasn't the burial of a body. At noon Thursday, the ashes of Kathleen Harmon, May Raby and Alan Raby came to rest on the preserve.

Kemp Freeman held onto the ashes of the three for several years. Kathleen is his mother, May is his grandmother and Alan is his uncle.

He waited for the right moment to let them go, finally deciding on Whispering Hills. He wanted to keep his mother's side of the family together in Troup County, and Alan was friends with Ralph Howard. It just felt right.

"It's a pretty place. God led me in that direction," he said. "It puts them in a place that is peaceful."

Little, the retired state court judge, said when her time comes, she'll be wrapped in a shroud and buried somewhere on the Whispering Hills land.

She's always felt at peace in nature. As a young girl, Little's mother quoted poems often. One of her favorites was the second stanza of Henry Wadsworth Longfellow's "A Psalm of Life:"

"Life is real! Life is earnest!

"And the grave is not its goal;

"Dust thou art, to dust returnest,

"Was not spoken of the soul.

"It is the spirit that lives on, not the flesh and body," Little said.

"The soul is gone, so the body is no longer," she said. "I'd like for it to become a part of nature instead of stuck in a box forever and ever, taking up space in this beautiful world we've got." 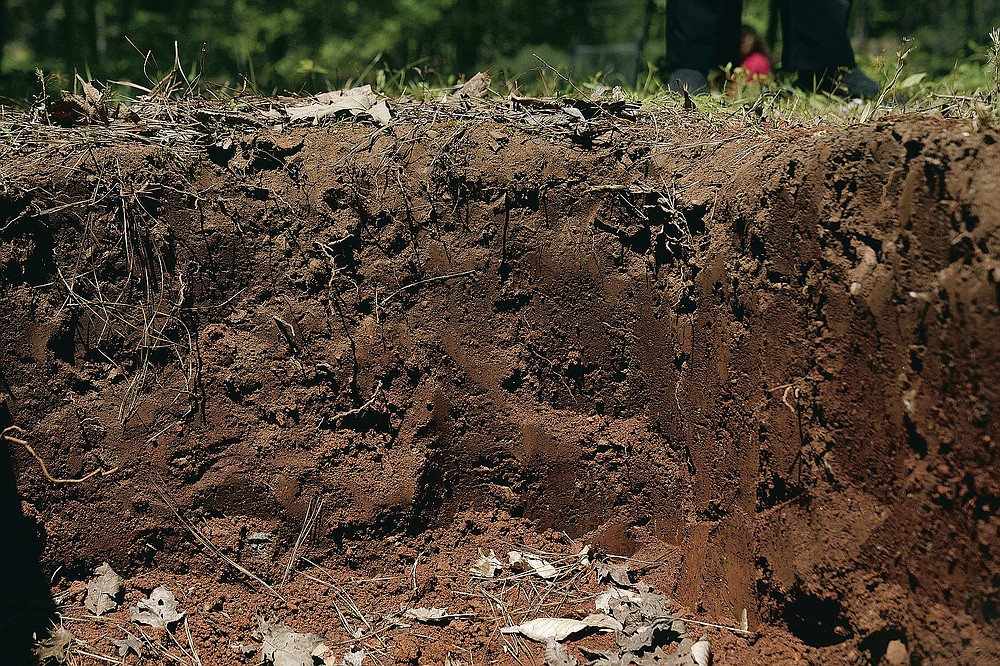 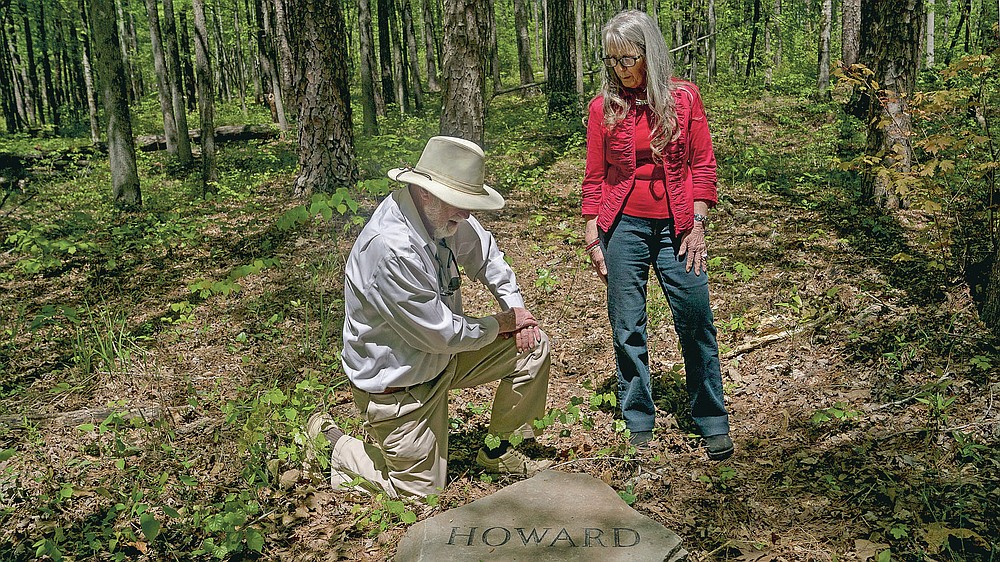 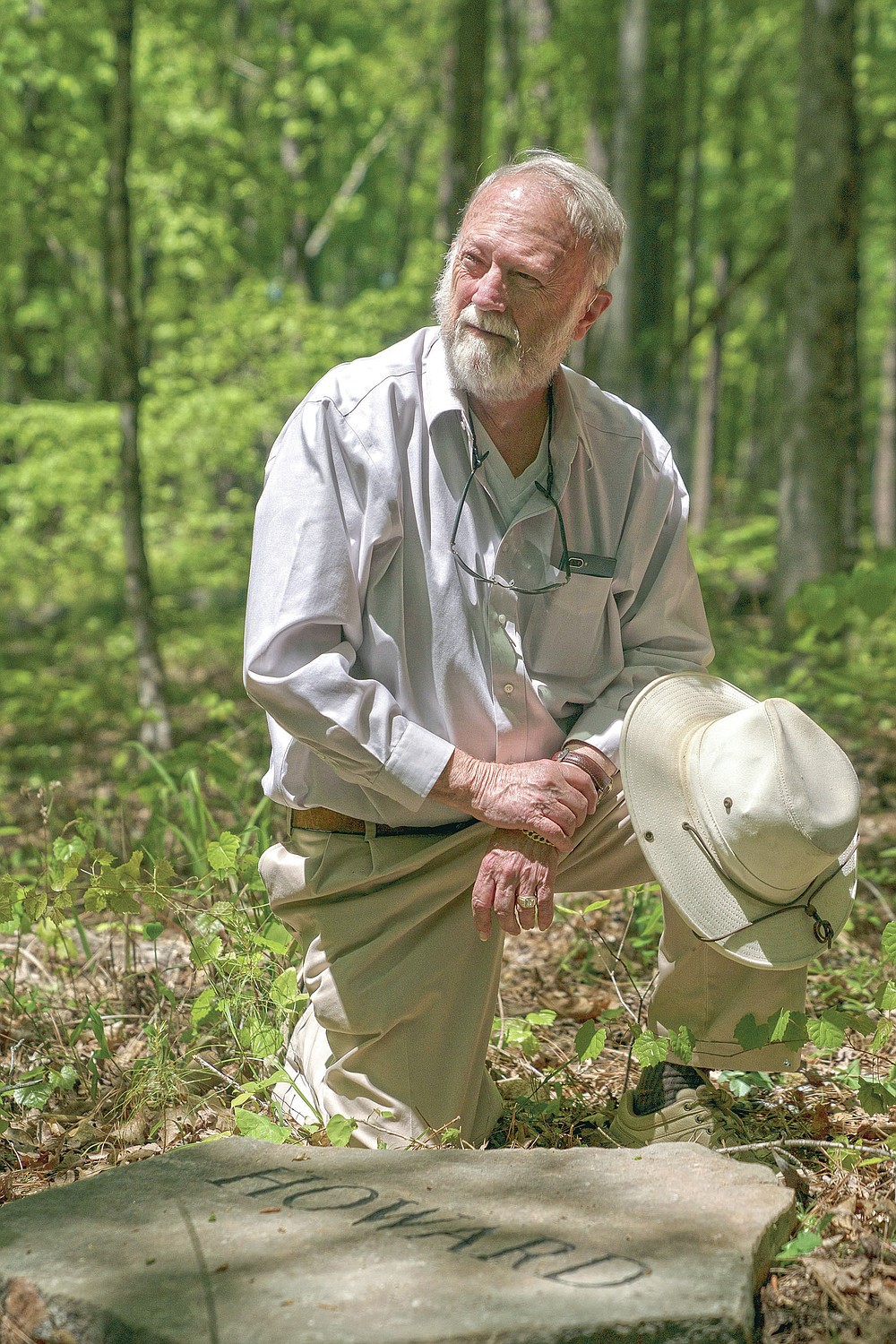 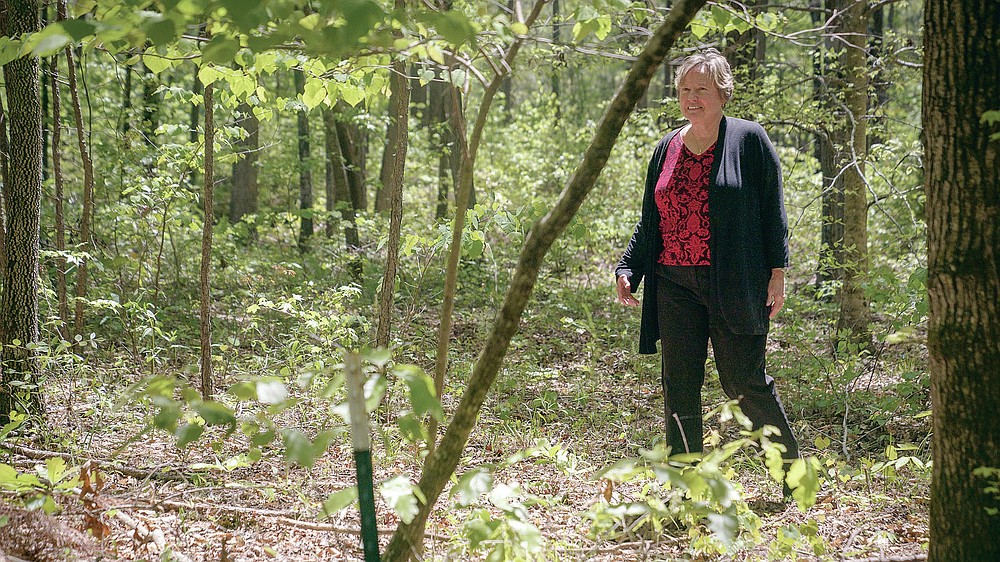