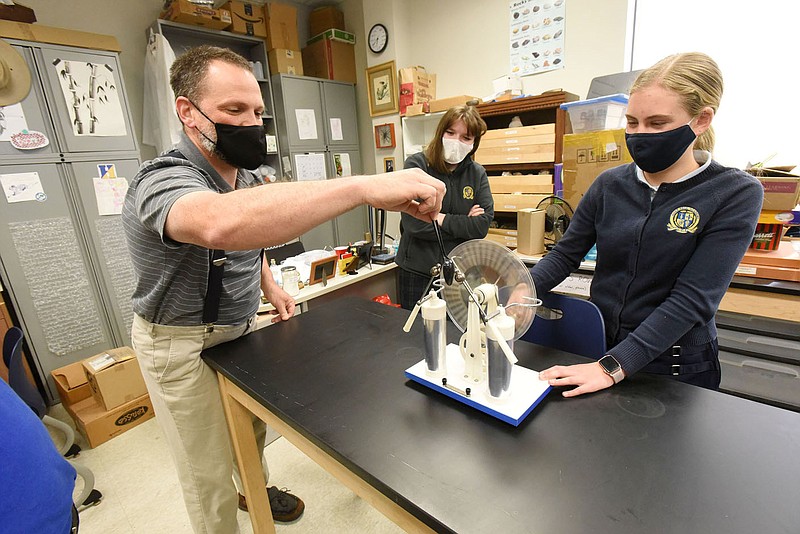 Chemistry teacher Pete Golden and student Carissa Kennedy (right) show on Tuesday April 27 2021 at Haas Hall Academy in Bentonville how a Wimshurst machine produces electric current and a spark that detours around obstacles such as a plastic spoon. Go to nwaonline.com/210428Daily/ to see more photos. (NWA Democrat-Gazette/Flip Putthoff)

Northwest Arkansas is home to seven of the state's top 10 public high schools, according to the latest rankings by U.S. News & World Report.

Haas Hall Academy led the state's high schools in the 2021 Best High Schools rankings, released Tuesday. Data is from the 2018-2019 academic school year and wasn't affected by the covid-19 pandemic, according to the release.

"Being selected as the best public high school in the state of Arkansas is the culmination of the hard work of dedicated scholars, highly qualified faculty and involved parents," said Martin Schoppmeyer, Haas Hall founder and superintendent. "We are proud of the efforts put in by everyone in our academic community."

Bentonville was first in the state and Fayetteville was second last year.

Haas Hall is a charter school district. Charter schools are public schools open to all students and don't charge tuition.

Fayetteville ranked 50 and Bentonville 80 nationally for public schools, compared to 32 and 8, respectively, in 2020.

New Technology High School, a charter school operated by the Rogers School District, maintained its spot as fifth in the state for the second year in a row. The school is 733 nationally, compared to 845 in 2020.

"We're thrilled to get the commendation from U.S. News & World Report, and we're looking into the information as provided from the state of Arkansas," said Richard Burrows, school CEO.

Burrows said he wanted to compare the report with information compiled by the Arkansas Department of Education.

U.S. News doesn't collect any information directly from high schools, according to the publication. The data used to produce the Best High Schools rankings comes entirely from third-party sources, including the U.S. Department of Education.

The Bentonville School District's West High School in Centerton was 10th in the state and 1,277 nationally. The school was 13 in the state and 1,545 nationally last year. West High debuted in the U.S. News ranking in 2020 because the school, which opened in 2016, wasn't eligible for evaluation in prior years.

The publication evaluated more than 17,800 public high schools throughout the country, measuring how well schools serve students from various social and economic backgrounds, according to a publication news release.

"Graduation rate is one of the metrics used to derive this ranking; therefore, I am disappointed for our scholars that their national ranking reflects this error," Wittenberg said.

Schoppmeyer attributed Fayetteville's drop from 8 to 80 nationally to the error.

"Haas Hall Academy has traditionally had the highest graduation rate in the state," he said.

U.S. News named Thomas Jefferson High School for Science and Technology in Alexandria, Va., the best public high school in the country for the second year in a row. 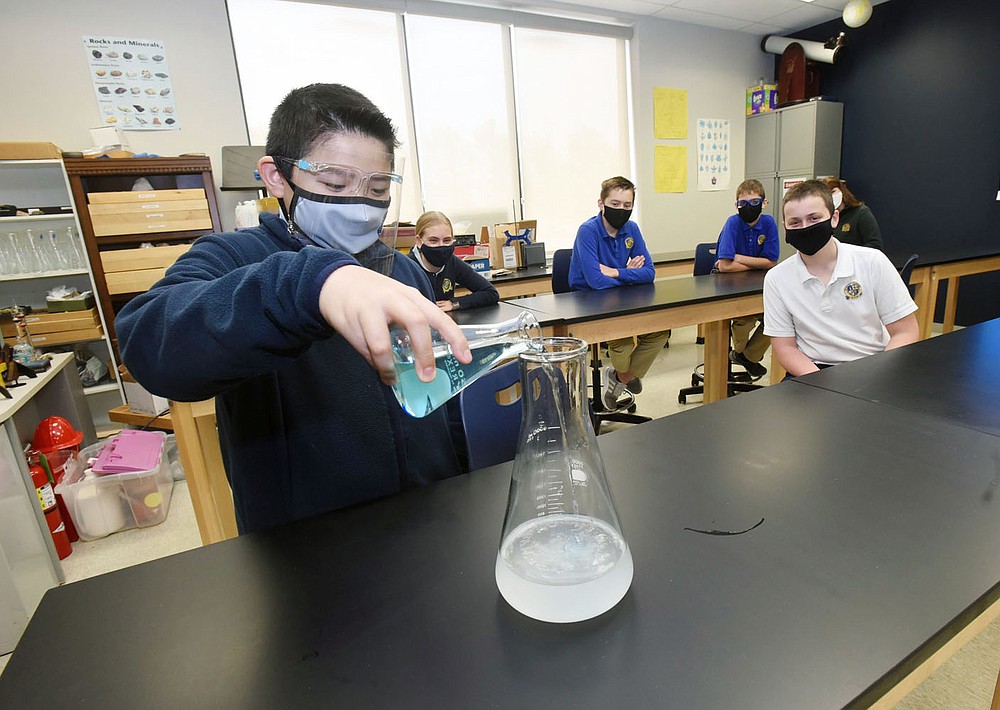 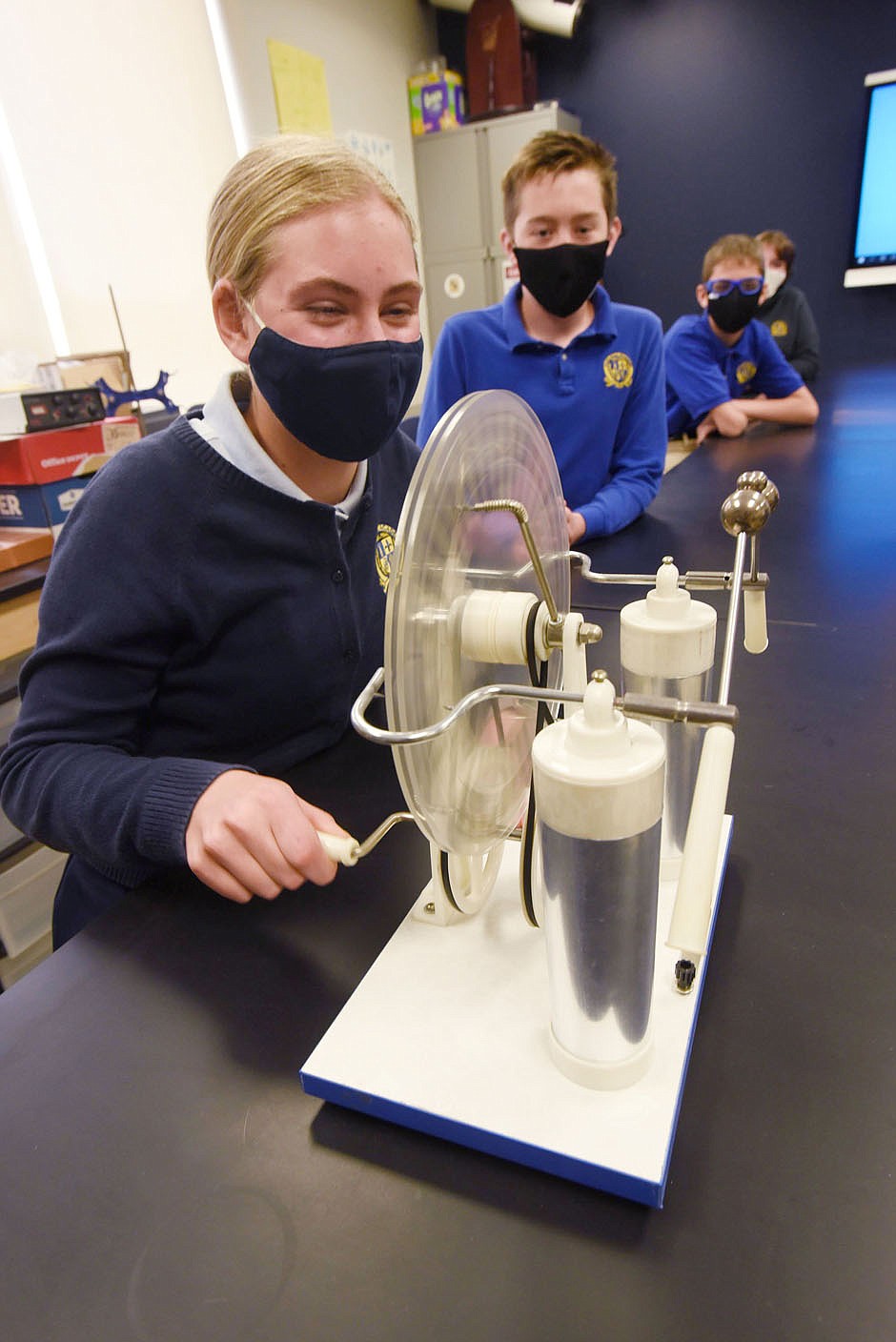 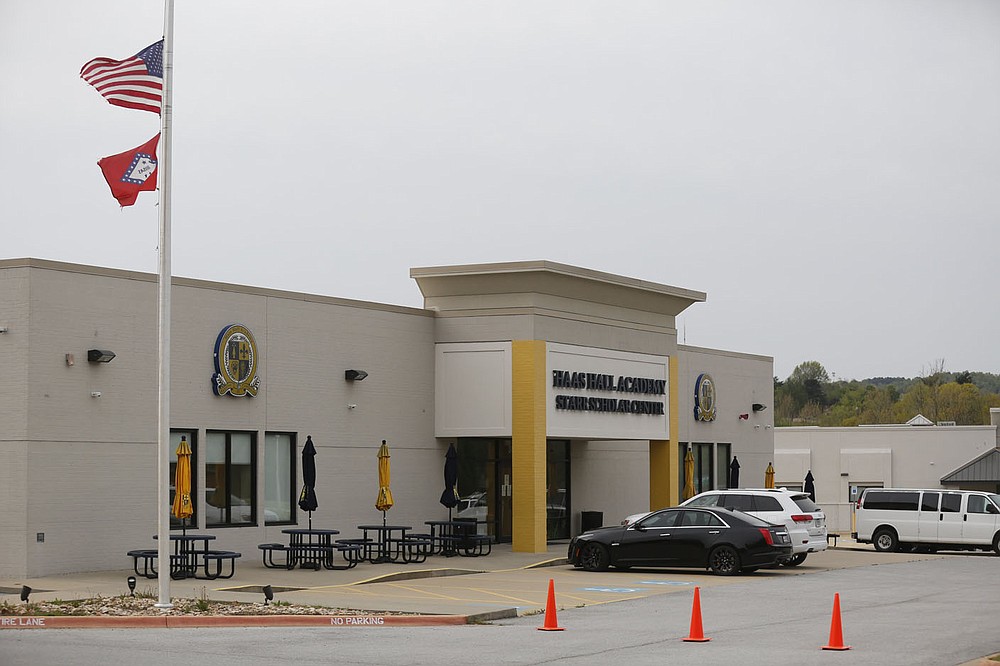 Haas Hall Academy Starr Scholar Center Tuesday, April 27, 2021, on the campus in Fayetteville. Haas Hall in Fayetteville has been selected as the best school in Arkansas by U.S. News and World Report. Check out nwaonline.com/210428Daily/ and nwadg.com/photos for a photo gallery. (NWA Democrat-Gazette/David Gottschalk)
More News

Here are the top 10 public high schools in Arkansas according to the 2021 rankings by U.S. News & World Report. National ranking is in parentheses. For more information, visit www.usnews.com/education.