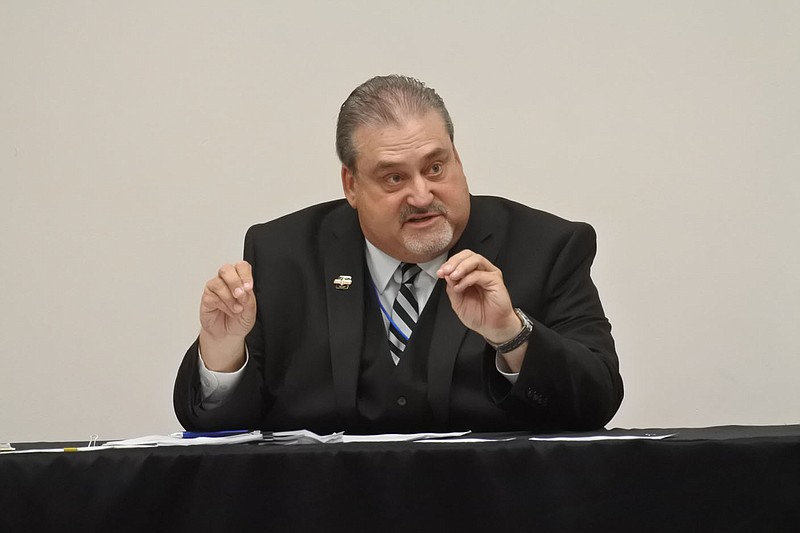 FORT SMITH -- The Advertising and Promotions Commission wants to explore bringing a new amenity to the area to enhance economic development.

The commission on Tuesday approved investing $7,250 in a study to see if an indoor sports facility would be feasible.

Commissioner Talicia Richardson asked Tim Jacobsen, executive director of the Fort Smith Convention and Visitors Bureau, before the vote if the commission would be committing to seeing this project through to development should a study validate doing so.

Jacobsen said he feels an indoor sports facility would be an "economic development project" to complement what is already in downtown, the riverfront area and the Fort Smith Convention Center. It would bring new business into the local market that wouldn't have come otherwise, he said.

"I believe that it's our due diligence as an organization to do something to continue to grow the area," Jacobsen said.

Jacobsen said such a facility could accommodate sporting events such as basketball, volleyball and cheerleading, among other things such as exhibits, weddings and concerts. The facility could cost anywhere from $20 million to $40 million to build and include 100,000 to 150,000 square feet. Fort Smith doesn't have an indoor sports facility of this size.

The feasibility study would have to evaluate how the facility would be paid for and who would own and operate it, according to Jacobsen.

Jacobsen said the $7,250 approved by the commission Tuesday will be used to pursue a $15,000 50-50 matching grant from Arkansas Tourism for the money necessary for a study by Conventions, Sports & Leisure International, an advisory and planning firm based in Minneapolis.

He said City Administrator Carl Geffken "verbally committed" to supplying $7,250 in city money for the venture if the commission did the same. The application process for the grant opens in July.

Bill Krueger with Conventions, Sports & Leisure International outlined a proposed scope of work and associated fees for the study in a March 23 letter to Geffken.

Krueger said the study would analyze the feasibility of an indoor sports facility project. This would include primary market research and associated analysis to "provide an accurate assessment of market validation," as well as cost/benefit analysis.

Conventions, Sports & Leisure International expects to complete the study in 12 to 14 weeks, according to Krueger. Total expenses associated with the services he proposed wouldn't exceed $30,000.

Jacobsen acknowledged after the meeting the $7,250 approved by the Advertising and Promotions Commission and another $7,250 from the city would only equal $14,500, not the $15,000 necessary for the Arkansas Tourism matching grant. He said this was an error on his part. The commission will have to approve an additional $250 at a later date. Its next meeting is scheduled for May 25.