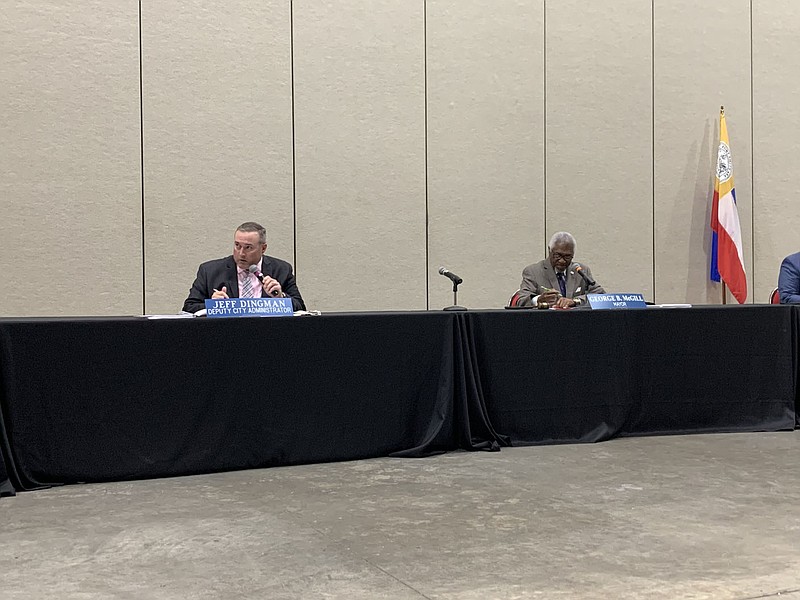 FORT SMITH -- Companies operating taxicabs in the city will no longer be subject to local regulation when it comes to how much they charge customers.

City Director Kevin Settle, at-large Position 6, said he believed the government should never set a rate for a private company to charge the public.

Jeff Dingman, deputy city administrator, said the change would go into effect after 30 days. It repeals Section 26-32 and Section 26-48 of the city code.

Section 26-32 states directors will establish the fares charged by taxicab operators and drivers in the city "from time to time," which will be kept on file in the city clerk's office.

Section 26-48 states directors will hold a public hearing on the application for a taxicab operation permit, cause a notice of such a hearing to be published in a locally circulated newspaper at least a week beforehand and cause a written notice to be given to all taxicab operators with permits from the city. The board will determine whether or not to grant the application after the hearing.

The move also amends the code to remove an additional fee of 50 cents taxicab operators are permitted to charge to take a passenger to their destination by a route that isn't the most direct possible. However, it still requires the driver to notify the passenger of this travel plan beforehand and gives the passenger the opportunity to not ride with the cab. The ordinance amends a section of the code dealing with signs inside cabs pertaining to fares, as well.

This comes after Jerry Burnett of Payless Taxi of Fort Smith requested taxicab rates be increased earlier this year because of what he cited as higher operating expenses and the need for drivers to earn a living wage. The rates haven't been adjusted since 2000.

Burnett said he felt the board's decision to pass this ordinance was "only fair."

"People ought to be able to run their own business the way they choose to," Burnett said.

Jack Skinner, an attorney representing Razorback Cab, said prior to the board's decision that, while his client would be satisfied with the proposed rate increases, it would "have no problem" if the board wanted to deregulate taxicab rates. However, he also said Razorback Cab believes the board should keep the public hearing procedure outlined in Section 26-48 of the city code so the number of taxicab operators doesn't exceed the need for taxicab services in the city.

Skinner said a large portion of Razorback Cab's fares is derived from city residents who don't have cars. Morton said he would prefer these residents be protected by a fixed rate schedule in the law, particularly those who use taxicabs for such purposes as grocery shopping or going to and from medical appointments or a drug store.

The deregulaton ordinance was one of two items regarding taxicab rates directors considered Tuesday. The other was increasing what cab companies can charge and would have:

• Increased the $2 charge for initial pickup to $3

• Increased the $8 fare to and from the Fort Smith Regional Airport from any point in Fort Smith to $10 for one passenger, plus the same $2 for each additional passenger

The two taxicab companies in Fort Smith are Payless Taxi and Razorback Cab, according to the city clerk’s office.