Pickup towers on way out at Walmart 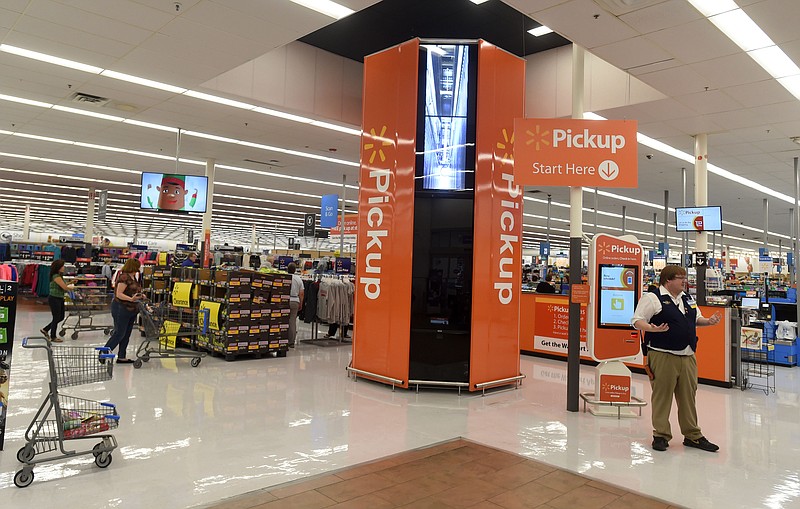 FILE -- In this 2016 file photo, Justin Wright, Department Manager for Pick-up at Walmart, demonstrates how the new pick up storage station works at Walmart on West Walnut St. in Rogers. (NWA Democrat-Gazette/MICHAEL WOODS)

"We're always listening to customer feedback," a Walmart spokeswoman said Thursday. "They told us they wanted one pickup point and they'd prefer it be outside."

The Bentonville-based retailer has the 17-foot towers in more than 1,500 stores. They function much like giant vending machines that dispense orders customers placed online. But curbside pickup, instituted about the same time as the towers, outpaced them in popularity.

Walmart has been removing or turning off the kiosk-like machines. About 300 are being removed from the stores and another 1,300 "hibernated," Bell & Howell chief executive Larry Blue told The Wall Street Journal. Bell & Howell installed and maintain the automated towers.

In April 2019, Walmart executives said the company was building 11 of the devices and planned to put 900 in its supercenters and Neighborhood Markets by the year's end. By February 2020, Walmart said that it had about 1,500 towers in stores.