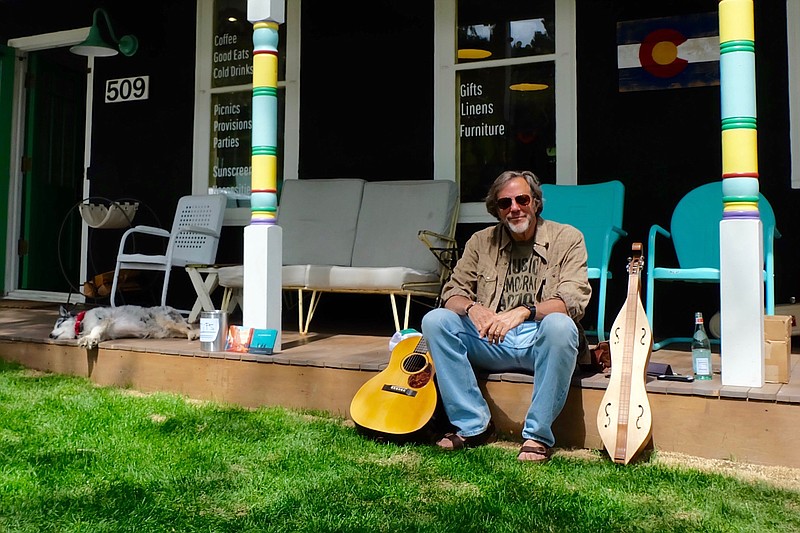 Before the pandemic, Little Rock singer-songwriter Billy Jeter was at the end of a five-state, 30-date tour that had gone pretty well.

The last show was at Poor David's Pub in Dallas.

"I was really excited about that," the 65-year-old Jeter says. "If you are a folk-rock guy, that is a destination venue."

The week before, Jeter and his band played to a sold-out crowd in Ridgway, Colo., he says. He headed to Poor David's feeling confident.

"It was so deflating."

Music isn't Jeter's full-time gig. His day job is as a financial adviser and he does a little farming on the side. Songwriting and performing are his creative outlets.

"I have to have something that feeds the artistic part of me," he says.

But driving back to Little Rock after the Poor David's set with his wife, Susan, he pondered giving it up.

Instead, he got a song, "Sins of Me," from the experience. The track is the first single from "Shine Eye Landing," his self-released album that drops Friday. 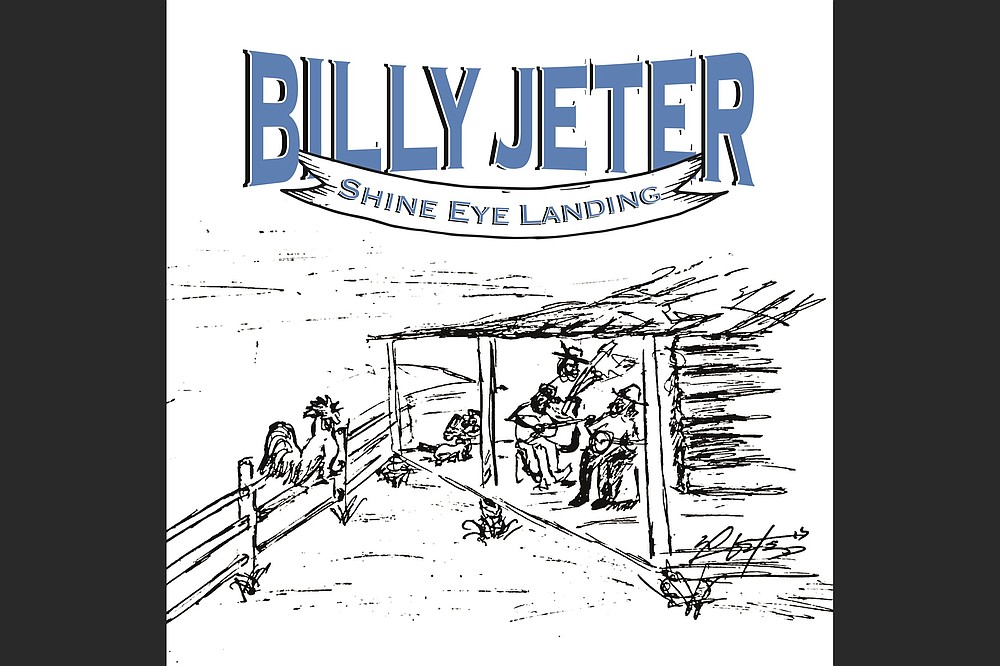 Besides streaming at the usual platforms, it's also available on CD and vinyl. Check billyjeter.com for details.

"Sins of Me," with its laconic electric guitar, unfolds like a Delta dusk as Jeter sings about his childhood, Jack Kerouac, the road, the allure of juke joints and dreams of music.

"It is truly the autobiography of my musical life," he says.

"I looked back at a lot of the music that I like and I love the frenetic sound a banjo gives in the background," Jeter says. "If you listen to Ryan Bingham's first two albums, they had that. Even some of Neil Young's music has that. I like the texture that it adds."

Jeter grew up in Wabbaseka in Jefferson County and his lyrics often evoke rural Arkansas.

"High Water Blues" is about the Great Flood of 1927 in Jefferson County; the title cut gets its name from a spot on the Buffalo River above Saint Joe.

"Song for Walter" is a sweet, folky ode to his uncle, the visual artist Walter Hebert Nichols, who grew up in Dardanelle. Jeter wrote the song for Nichols' funeral.

"He shaped a lot of the ways I think," Jeter says. "He was way leftie before there were way lefties."

Jeter splits time between Arkansas and Crested Butte, Colo. "Orion," the Grateful Dead-ish opening track, was inspired by a night of stargazing there.

"It was on a winter night and I looked up and the Orion constellation, it was like you were touching it. I said, 'Man, Orion is shining tonight,' and I went in and wrote the song."

The Shine Eye Band, Jeter's backing group, is an ever-evolving unit of Arkansas and Colorado musicians.

"I wanted to have a big female presence on this album," Jeter says. "That was very important to me."

The album's cover art was done by Jeter's son, William. The back cover is of the Moreland Marching Band in Dardanelle from 70 years ago. Jeter's grandfather, Walter Nichols, was a member of that group.

"I wanted to give a shout out to my Ozark side of the family," he says. "That is where the musicians, the painters come from. The storytelling comes from the Delta side of my family."

With venues opening back up, Jeter has some gigs planned, including a May 14 set at Stickyz Rock 'n' Roll Chicken Shack in Little Rock.