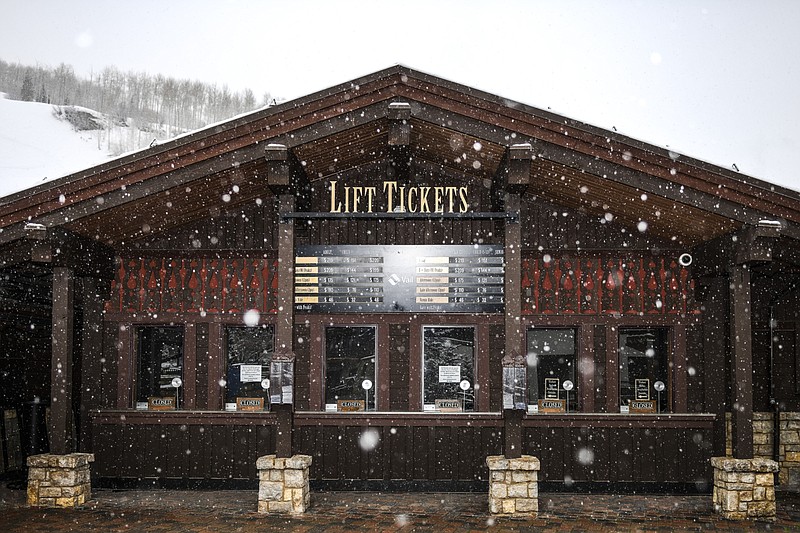 The ski season that may have never been is finally reaching its close.

After mountains closed abruptly at the start of the pandemic in 2020, it was unclear whether operations could be sustained throughout an entire covid-19 winter. But in most places, smart changes made a big difference and fostered successful winter seasons with decent -- if not quite normal -- revenue.

That's certainly true at Vail Resorts Inc. In early March, the company that dominates the U.S. ski scene reported $147.8 million in net income for the second quarter of 2021, a 28.4% decline year-over-year. But season-wide, skier visits were down only 8.2% compared to the previous year. Where the company took its losses this year was in ski school and dining offerings, which took hits of 43% and 57% respectively. Both are parts of the mountain experience that rely more on close human contact than, say, navigating the Vail back bowls on six-foot-long skis.

Still, the company's relative success -- overall travel and tourism was down 74% in 2020 -- reflects forward thinking across the industry. In the pandemic's early days, ski industry execs banded together to brainstorm solutions for nearly every potential point of covid transmission. Most implemented new reservations systems, daily skier caps, expanded apps for food ordering, and even "curbside" delivery services, in which snowcats were deployed to deliver pizzas to the pistes.

"We're not going back to the way we did business before," Vail Resorts Chief Executive Officer Rob Katz said in an interview. "This has been an incredibly challenging year for everyone on every level. We're coming away with a ton of learnings that we'll be able to use."

Days before Vail released its Epic passes at a 20% discount for the 2021-22 season, Katz told pass holders in an emailed statement that reservations would no longer be required for the winter -- a particular frustration for locals who struggled to get access to the terrain in their own backyards.

"While the reservation system won't stick around in the same way, it taught us a lot about how to reduce crowding and better manage capacity," Katz said. Some of the technology that was used in building that system will endure, powering reservations for on-mountain restaurants, he said. "Everything this year was constricting because of restrictions on social distancing, but we can put these types of policies in place to improve the experience overall."

Competitor Rusty Gregory, CEO of Alterra Mountain Co. -- the entity behind the Ikon pass -- has publicly echoed those sentiments, saying he envisions future guests signing up for spots in a virtual line for the gondola and being able to purchase goggles in the ski shop while awaiting their turn. His company is committing $30 million to expanding its digital functionality, allowing not just virtual lift lines but the ability to "hail" a ski instructor on demand, as you would an Uber.

Katz said he is quadrupling the size of Vail's customer support team -- partially to deal with delayed refund and cancellation requests that burdened his staff this year and partially to form a stronger army capable of answering questions in real time via text message, WhatsApp, call or any conceivable platform.

"Centralized guest services didn't go well for us this year," Katz said. "Managing call centers, chat rooms, and all the other things -- it's very difficult. Guests want a response very quickly for whatever issue they are facing, and information is one of the most important things we need to provide them."

Katz said the key to industry growth lies in expanding appeal to a wider net of consumers while also reducing crowds. And that's not just a coronavirus concern; nobody likes waiting in long lift lines or skiing on chewed-up terrain.

Those goals aren't necessarily at odds.

"One of the reasons the ski business isn't growing, or isn't growing fast, is because we have mostly been seeing participation in the white population," Katz explains, calling the lack of diversity an "existential threat and an opportunity" for the industry at large. "Bringing in guests is critical to our bottom line, but that starts with making sure our own company is diverse -- and that it's attractive to people of color."

An internal audit that Vail conducted "several years ago," said Katz, led to a better gender split among leadership ranks, including the company's board, where female representation was "close to nonexistent" and now is at roughly 50%. The new diversity and inclusion initiatives will focus on hiring, engaging with social justice in the political arena through an internal political action committee, and expanding access by offering complimentary lift tickets to youth of color in the resorts' surrounding communities.

The latter is especially important. High prices have, in many cases, been a barrier to locals -- of any background -- when a mountain gets acquired by such major companies as Vail and Alterra. But ski operators are realizing that filling midweek chair lifts is the best way to spread out crowds while achieving higher numbers overall. Establishing loyalty with residents (rather than the fly-in crowd) helps accomplish that goal.

During covid-19, a more affluent population flooded many ski towns, taking up permanent residence in their vacation homes to ride out the pandemic. That, in turn, kept mountains busy, even during typically "off" periods. Incentivizing longer-term rentals, driving down season pass prices, and building out appeal for the towns themselves can all help replicate that success in future years.

Climate change remains the greatest threat to the ski industry, far outweighing the pandemic, a threat to the world's stability, Katz said. Asked to rank covid-19, diversity challenges, and climate concerns in order of severity, Katz says there's no doubt that covid-19 is the smallest concern.

"Even if we do everything perfect as it relates to the environment, we're not going to solve climate change on our own, so we're looking towards being a leader and setting an example for doing the right thing," he said of Vail's commitment to become a net zero company by 2030, eliminating all emissions and landfill waste, as well as effects on forests and habitat.

That effort includes installing low-energy snow-making equipment, switching to entirely renewable energy sources, investing in carbon offsets, composting, and engaging suppliers to drive down their own emissions. These efforts helped earn the destinations of Vail and Breckenridge, Colo., recognition as two of the three U.S. cities listed on Green Destinations' global Top 100 list in 2020. (The nonprofit tracks and ranks sustainable development practices around the world.)

"These aren't goals we're going to move away from," Katz said of both diversity and climate change. "It takes time, but if you stick with it, it works. We need to not only withstand as an industry, but to thrive." 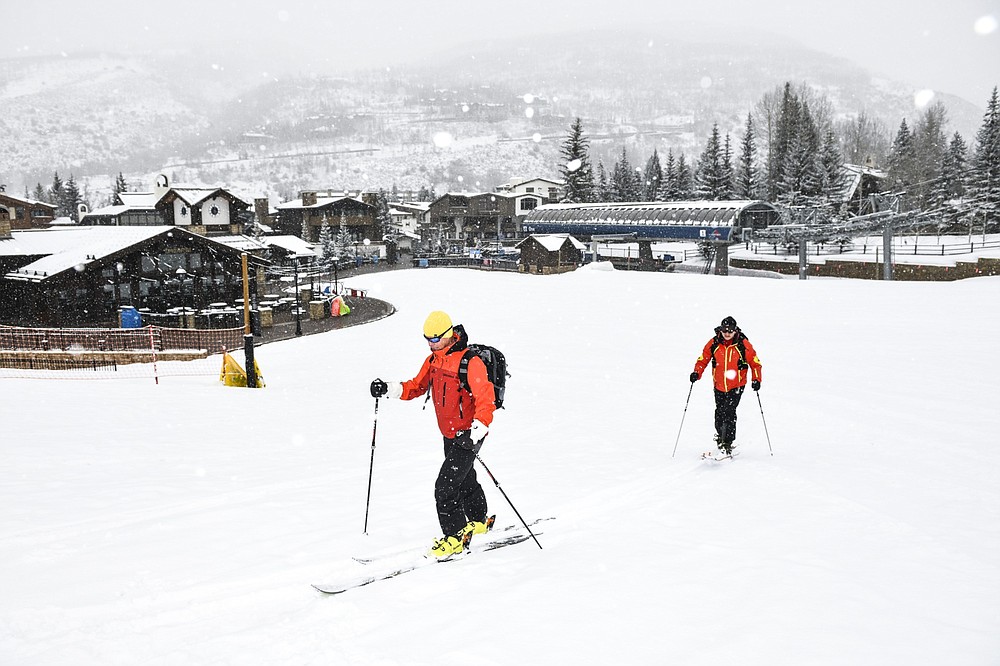 Skiers ski up an empty run at a Vail Resorts Inc. location in Vail, Colo., on March 19, 2020. MUST CREDIT: Bloomberg photo by Michael Ciaglo
ADVERTISEMENT