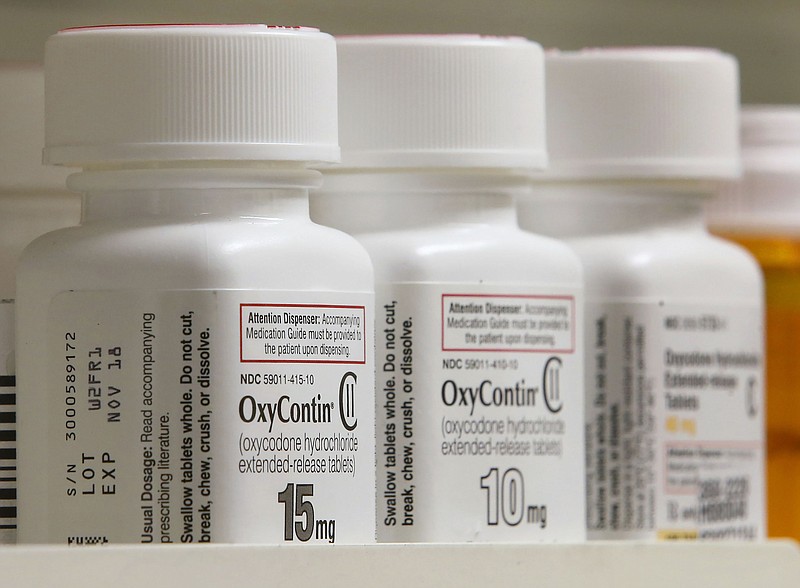 U.S. cities and counties are increasingly at odds with their own state governments over how to divvy up $641.5 million that consulting firm McKinsey & Co. has offered to settle its liability for work with the opioid industry.

In the past two months, McKinsey reached final agreements with all 50 states to resolve lawsuits claiming it helped boost sales of the addictive drugs. But since then, more than 20 cities, counties and American Indian tribes have sued the consultant, hoping for their own payouts. Local governments in New York even sought to block the state's pact with McKinsey because it would harm their own suits against the firm.

McKinsey says almost all the states agreed that the deal they signed covers any other claims, setting up a legal fight between the company and local governments pressing ahead with their cases. At the heart of the dispute is who decides the fate of money intended to combat addiction and crime linked to the U.S. opioid crisis that's killed hundreds of thousands of people.

"There's going to be a lot of litigation," said Alexandra Lahav, a University of Connecticut law professor who specializes in mass tort cases. "Every state takes its own view of the powers an attorney general has to resolve claims on behalf of local governments within the state's borders."

The outcome could have wider implications. Thousands of cities and counties are pursuing opioid lawsuits against drugmakers like Johnson & Johnson and distributors like McKesson Corp. While lawyers for local governments are participating in settlement discussions with those defendants, the widening rift between states and municipalities could complicate future talks with companies that remain holdouts -- including pharmacy owners such as Walmart Inc., CVS Health Corp. and Rite Aid Corp.

Local officials like Thomas Haine, the state prosecutor in Madison County, Ill., want to avoid opioid litigation becoming a repeat of the 1998 settlement that ended smoking-related litigation, where much of the $246 billion that tobacco makers paid ended up in state general funds. His county of 263,000 people outside St. Louis sued McKinsey in February, just days before Illinois agreed to accept $19.8 million from the firm.

That amount is "a pittance when you quantify the damages caused by their actions," Haine said. "I felt we owed it to the taxpayers of Madison County, who have shouldered a heavy burden in dealing with the opioid crisis, to seek recovery from every party potentially at fault."

McKinsey says its deal with the states means no additional payments or settlements are necessary.

"The state attorneys general are the chief law enforcement officers for their states and are in charge of managing investigations and settlements such as this one," D.J. Carella, a McKinsey spokesman, said in an email. "The funds provided by this settlement will be used by the state governments to support communities throughout those states."

The authority of the state to act on behalf of municipalities stems from a legal doctrine that grants power to the state to protect its residents, said Michelle Richards, a law professor at the University of Detroit Mercy in Michigan. That could mean separate claims for opioid cash by cities and counties may have a hard time surviving in court, she said.

Hunter Shkolnik, a lawyer for several New York counties with opioid suits, said in an email that "McKinsey is flat wrong to believe the $641 million they paid the states wipes out all their opioid liability."