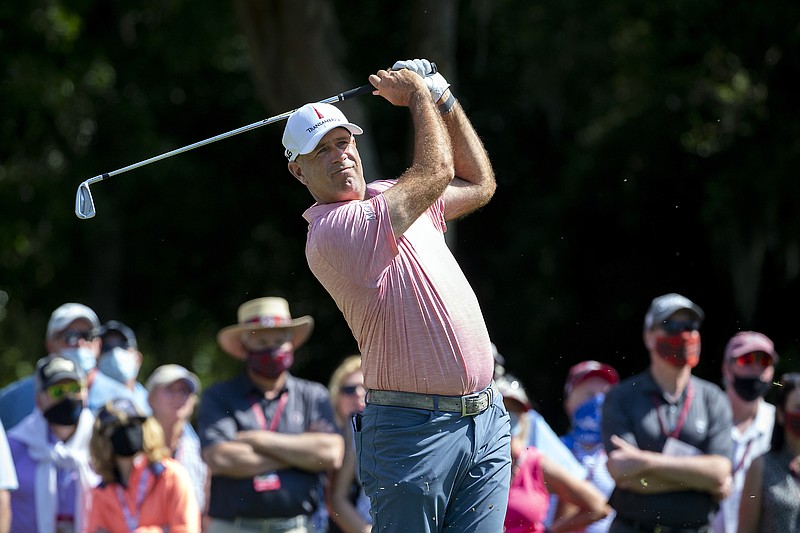 Stewart Cink eyes his drive off the ninth tee during the third round of the RBC Heritage golf tournament in Hilton Head Island, S.C., Saturday, April 17, 2021. (AP Photo/Stephen B. Morton)

HILTON HEAD ISLAND, S.C. -- Stewart Cink is having a great time playing at the RBC Heritage with his son, Reagan, as his caddie.

The 47-year-old Cink maintained a five-shot lead and set another scoring mark at Harbour Town Golf Links on Saturday, moving closer to his third career win at this event.

Cink is reveling in his time with Reagan, chatting away like long-lost best friends as they walk down fairways and between holes.

Doesn't seem like he is feeling much pressure as he heads into the final round with a big lead.

"I think it's a lot better to embrace it, enjoy it and feel the tingle," he said of a Sunday with victory in reach, "instead of trying to pretend it's not there."

Cink cooled off from his pace in the first two rounds, when he shot a pair of 63s for his lowest career 36-hole score and shattered the event's halfway scoring mark shared by Jack Nicklaus and Phil Mickelson.

PGA Championship winner Collin Morikawa was at 13 under after a 67. Emiliano Grillo of Argentina had a 69 and was another shot behind in third.

Matt Wallace of England and Sung-jae Im of South Korea were tied at 11 under. Wallace shot 65 and Im 69.

Morikawa said there have been plenty of low scores this week, and he just has to post one when he goes out today as part of the final group.

"Each day, I've shown little specks of good golf. I've just got to put it all together for [today]'s final round if I want a chance," he said.

While Cink slowed down, no one could dent his large lead amid Harbour Town's narrow fairways and smallish greens. That left Cink in prime position for a third plaid winner's jacket for his collection after finishing first in 2000 and 2004.

Cink rallied from behind in both of his previous wins here. His challenge 17 years later will be maintaining his poise on a course where front-runners are often upended. Only once in the past eight tournaments here has the third-round leader come out on top -- and that was Webb Simpson last year.

Corey Conners began the day five shots behind Cink and finished with a 72. He was in a group of four at 10 under that included defending champ Simpson.

Simpson, who set the scoring mark of 22 under in June, had the round's lowest score at 64.

While the first two rounds showed off Cink's accuracy, this one called on his scrambling ability to stay out front. He was right off the tee on No. 1 and left of the fairway on No. 3, the latter miscue leading to his first bogey since Thursday's opening hole.

Cink slammed the door on any hope he might falter with back-to-back birdies on the fourth and fifth holes to restore the big lead.

"I did feel a little bit calm after that putt went in [on No. 4] and hit a bunch of good shots on five," he said.

On the back nine, Cink saved par after driving onto the pine straw on No. 11 and again on the next hole after his tee shot stopped against a small, loose branch left of the fairway.

Any hope of the world's top-ranked golfer, Dustin Johnson, making a third-round charge ended with a double-bogey 5 on the par-3 seventh. He shot a 71 and remained at 5 under. 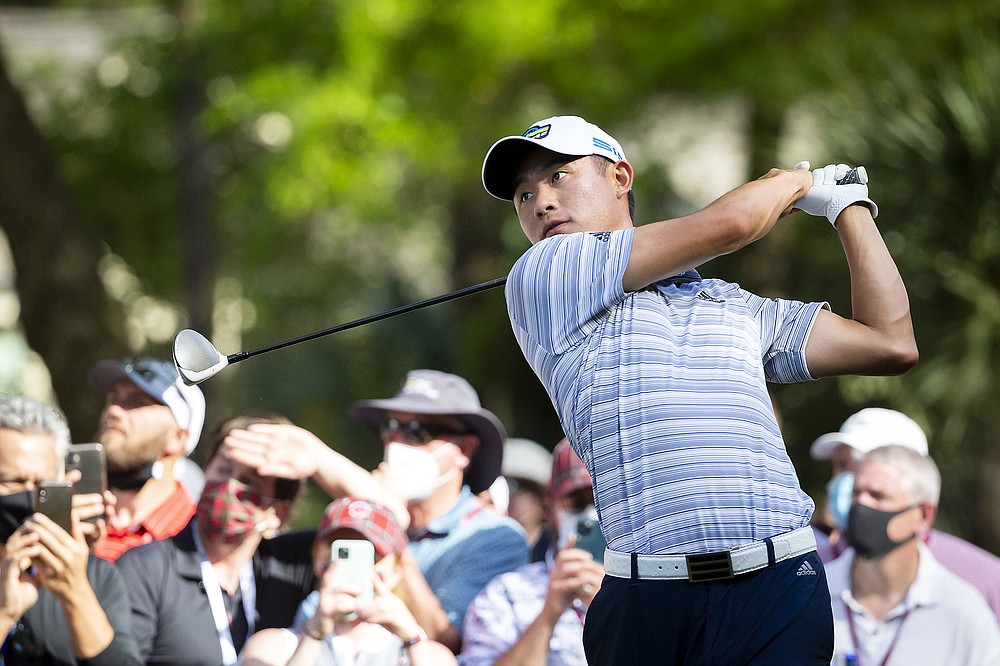 Collin Morikawa follows his drive down the 16th fairway during the third round of the RBC Heritage golf tournament in Hilton Head Island, S.C., Saturday, April 17, 2021. (AP Photo/Stephen B. Morton) 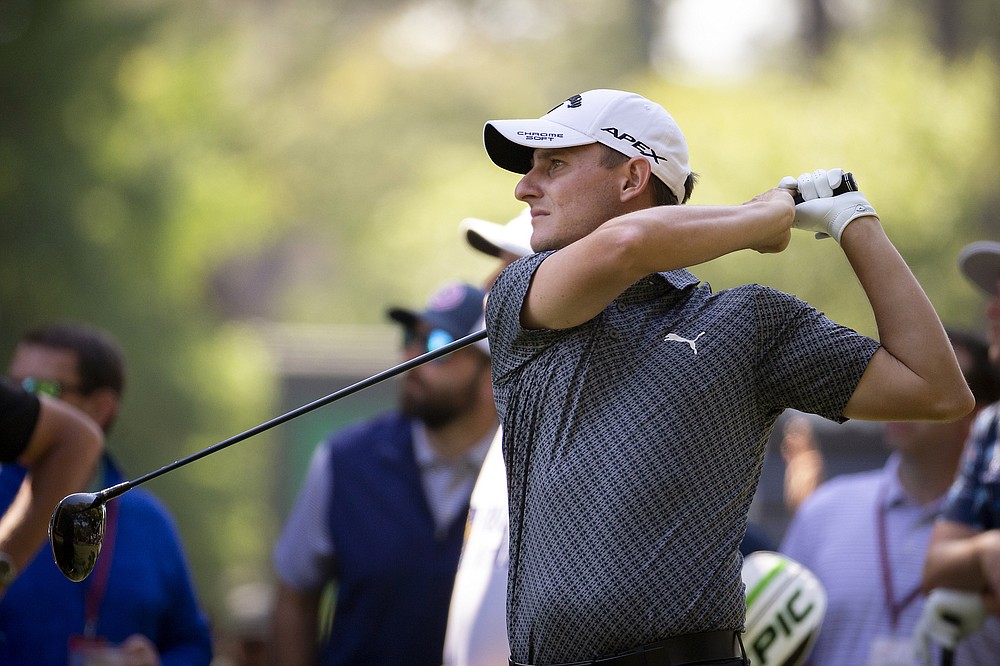 Emiliano Grillo, of Argentina, watches his drive off the 11th tee during the third round of the RBC Heritage golf tournament in Hilton Head Island, S.C., Saturday, April 17, 2021. (AP Photo/Stephen B. Morton) 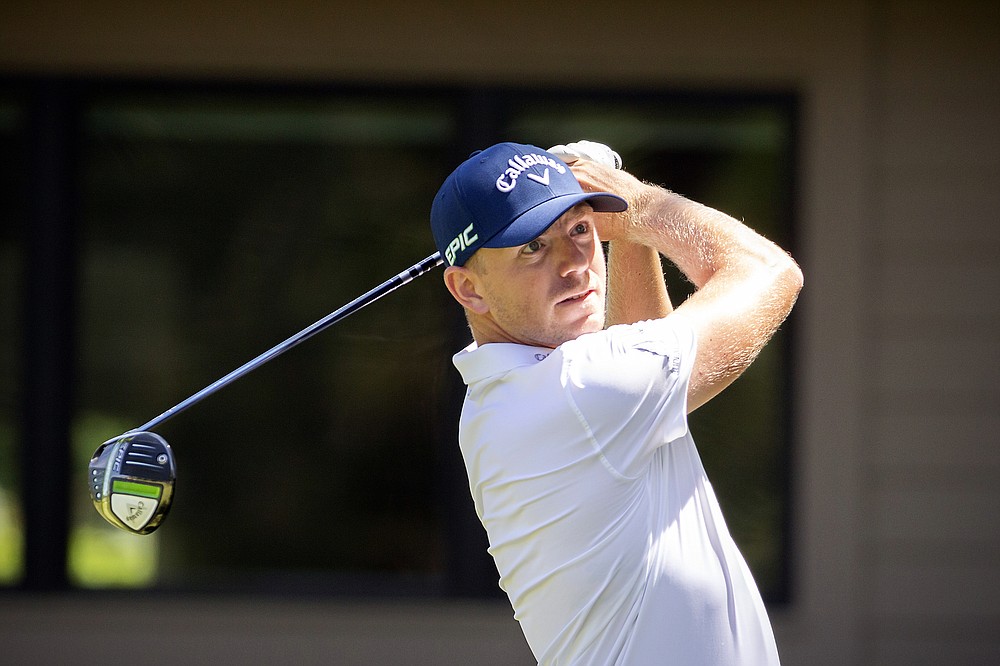 Matt Wallace, of England, hits off the third tee during the third round of the RBC Heritage golf tournament in Hilton Head Island, S.C., Saturday, April 17, 2021. (AP Photo/Stephen B. Morton) 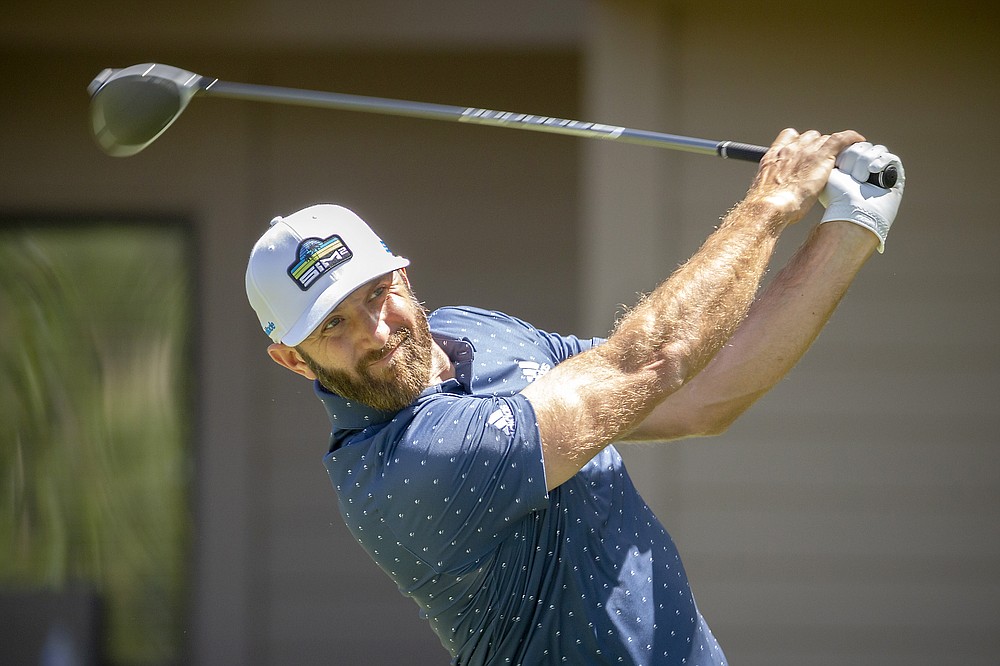 Dustin Johnson watches his drive off the third tee during the third round of the RBC Heritage golf tournament in Hilton Head Island, S.C., Saturday, April 17, 2021. (AP Photo/Stephen B. Morton) 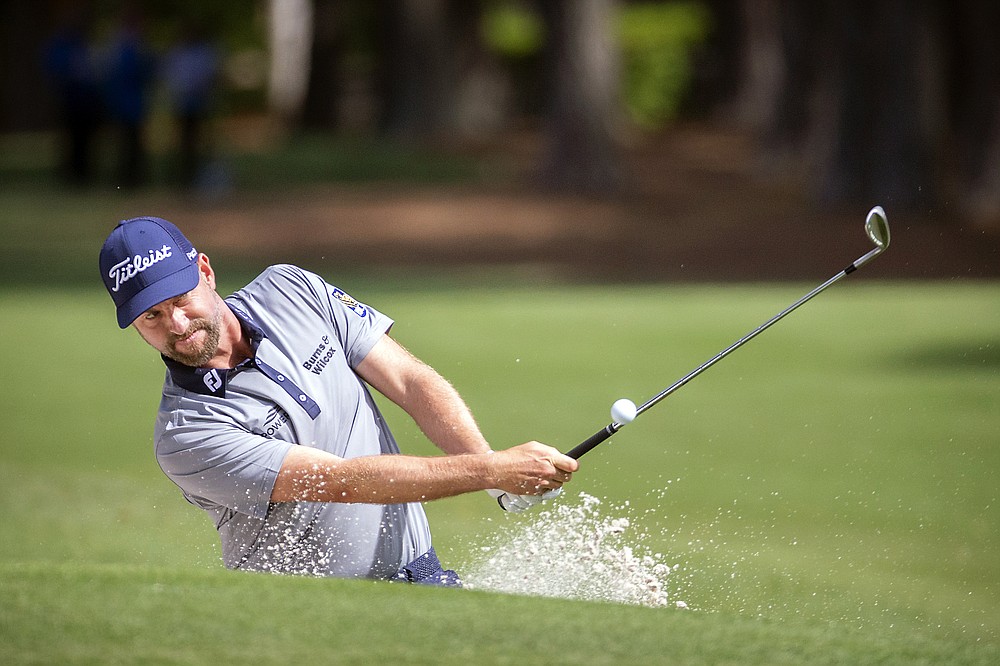 Webb Simpson hits out of the bunker to the second green during the third round of the RBC Heritage golf tournament in Hilton Head Island, S.C., Saturday, April 17, 2021. (AP Photo/Stephen B. Morton)
ADVERTISEMENT