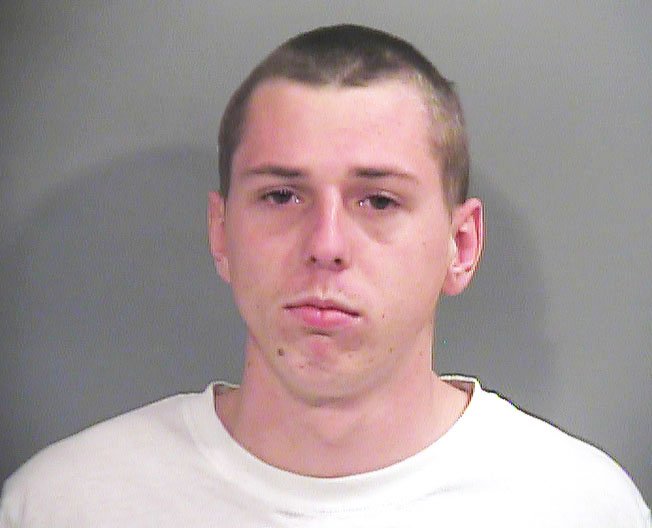 FAYETTEVILLE -- A man pleaded guilty to killing a one-year-old boy and hiding the body in a closet in 2017.

Tyler Hobbs, 25, pleaded guilty Tuesday to first-degree murder and abuse of a corpse. Washington County Circuit Judge Joanna Taylor sentenced Hobbs to 40 years at the Arkansas Department of Correction with 15 years suspended. Hobbs was given credit for more than three years jail time while he awaited trial.

Hobbs also pleaded guilty to several drug and weapons charges. Those sentences will run concurrently with the sentence for murder.

Hobbs' case was set for trial in August but was resolved by plea bargain.

"No outcome is going to right the terrible wrong committed by Mr. Hobbs, but we hope that him having to stand in court and admit to what he did along with serving his 25 year prison sentence will serve as some small measure of justice for the victim and his family," said Brian Lamb, deputy prosecutor.

Fayetteville police went to Foxborough Apartments, 920 N. Leverett Ave., No. 707 on Oct. 30, 2017, after Hobbs called and told them the child fell down the stairs a "few days ago" and had a seizure, according to a preliminary arrest report. Hobbs told police he did CPR and the child started breathing, but stopped. Hobbs told police he got scared, didn't know what to do and called to turn himself in.

Police found the boy's body in an advanced state of decomposition in a plastic container covered with blankets in a bedroom closet, according to police. Hobbs told police the boy died 15 days earlier.

Maria Giron-Molina, the child's mother, told police Hobbs told her the child fell at a park, according to the report.

Hobbs later told police he had a headache and the boy was crying uncontrollably. The boy had knocked a picture frame and lamp off a bedside table. Angered at the boy's refusal to calm down, Hobbs said he picked the boy up and covered the child's mouth with his hand to muffle the crying. Hobbs said the child hit and scratched him, so he shook the boy back-and-forth, according to a police news release.

Hobbs told police he was under the influence of marijuana, blacked out and when he came to, the child wasn't breathing.

Giron-Molina is charged with hindering the apprehension of Hobbs. She has a May 12 court date before Judge Taylor. Giron-Molina is being held at the Washington County Jail with no bond set.