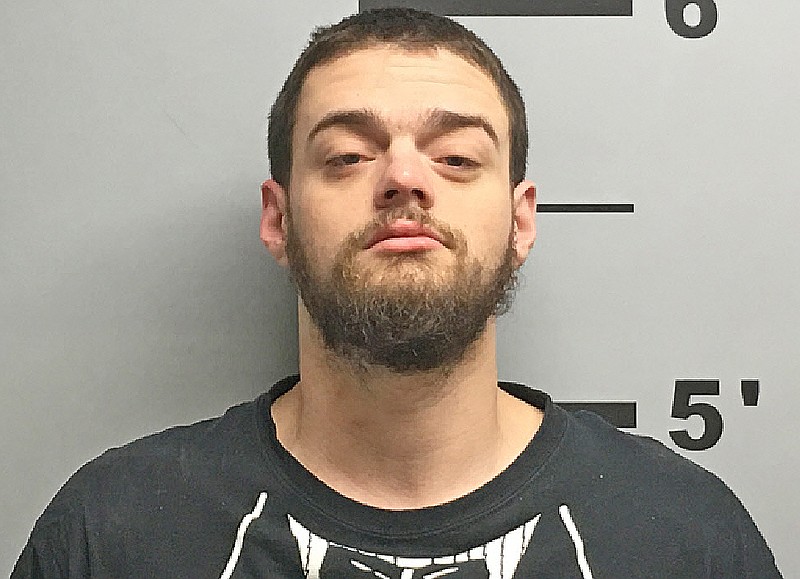 BENTONVILLE -- A Rogers man accused of murder pleaded not guilty Tuesday to a charge he raped an inmate at the Benton County Jail.

David Arthur Adair Jr., 27, entered the plea at his arraignment before Benton County Circuit Judge Brad Karren. Rape is punishable with a prison sentence ranging from 10 to 40 years or life.

Adair is accused of forcing the inmate to perform a sex act.

He's charged with capital murder in the death of Lavonte Jackson and is being held without bond in the county jail. Jackson's body was found Feb. 24, 2020, on the side of Van Hollow Road near Beaver Lake.

Benton County Sheriff Shawn Holloway said last year deputies think Jackson was killed in the Beaver Shores area near the Arkansas 12 bridge, which is 7 or 8 miles from where the body was found.

Zackary David Whitcomb, 20, of Rogers and Lydia Elaine Riggs, 21, are charged with accomplice to capital murder in Jackson's death. Mark Brannan, 32, of Fayetteville is charged in the case with abuse of corpse; hindering apprehension and prosecution; and tampering with physical evidence. The three have pleaded not guilty to the charges.

Adair is also charged with battery and possession of a firearm by certain persons. He was arrested in 2019 after being accused of shooting a man in the foot.

He was free on $35,000 bond in that case when he was arrested on the murder charge.