Arkansas, 15 other states back Alabama's challenge to Census privacy tool 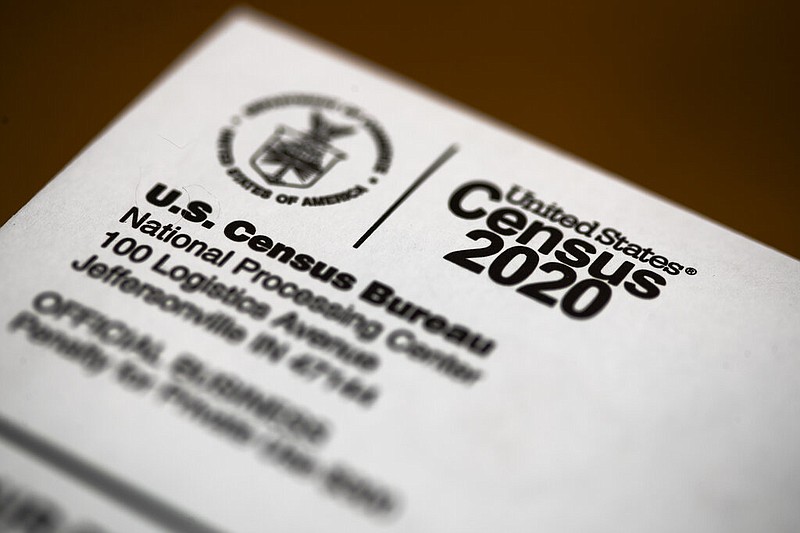 FILE - This March 19, 2020, file photo, shows an envelope containing a 2020 census letter mailed to a U.S. resident. On Wednesday, March 24, 2021, a federal judge dismissed a lawsuit filed by the state of Ohio that tried to get the U.S. Census Bureau to provide data used for drawing congressional and legislative districts ahead of its planned release. (AP Photo/Matt Rourke, File)

ORLANDO, Fla. — Sixteen other states are backing Alabama's challenge to a statistical method the U.S. Census Bureau is using for the first time to protect the privacy of people who participated in the 2020 census, the nation's once-a-decade head count that determines political power and funding.

A federal judge on Monday allowed the 16 states to file a brief in a support of a lawsuit brought by Alabama last month. The suit seeks to stop the Census Bureau from applying the method known as "differential privacy" to the numbers that will be used for redrawing congressional and legislative seats later this year.

A three-judge panel in federal court in Alabama is hearing the case, which could go directly to the Supreme Court if appealed.

Differential privacy adds mathematical "noise," or intentional errors, to the data to obscure any given individual's identity while still providing statistically valid information.

Bureau officials say the change is needed to prevent data miners from matching individuals to confidential details that have been rendered anonymous in the massive data release, which is expected as early as August. It will be applied to race, age and other demographic information in geographic areas within each state.

"It's a statistical technique that is intended to protect people's privacy ... There can be privacy hacks today that technologically weren't possible 10 years ago," said Department of Commerce Secretary Gina Raimondo last week during a White House briefing. "So in order for us to keep up with that and protect people's privacy, we have to implement new techniques, and this is one of those new techniques."

The 16 states supporting Alabama said that differential privacy's use in the redistricting numbers will make the figures inaccurate for all states, especially at small geographic levels, and the Census Bureau could use other methods to protect people's privacy.

Differential privacy "would make accurate redistricting at the local level impossible," violating the constitutional obligation that districts have equal populations, and it also could harm long-running research on health and safety, their brief said.

"Because differential privacy creates false information—by design—it prevents the states from accessing municipal-level information crucial to performing this essential government functions," the 16 states said. "And the distorting impact of differential privacy will likely fall hardest on some of the most vulnerable populations—rural areas and minority racial groups."