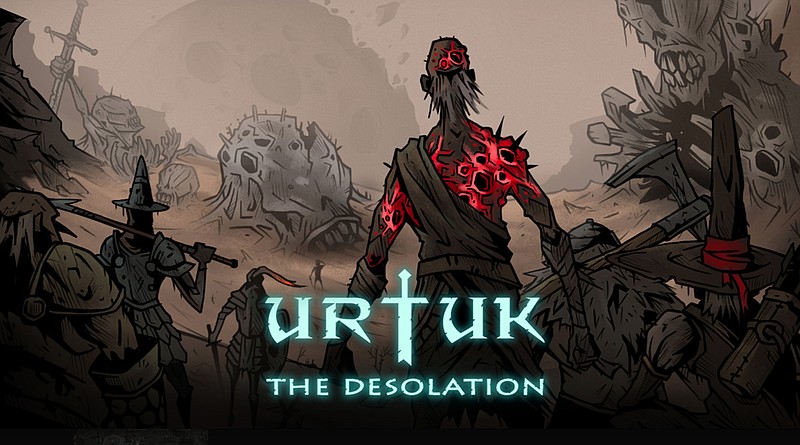 The game hands you the reins of main character Urtuk, who has escaped a laboratory where alchemists conducted experiments on his body. Urtuk has a lethal disease that mutates and worsens as the game progresses, and you must find his cure before time runs out.

Visually, Urtuk strikes me as kind of a cross between two of my favorite games in the tactical RPG genre. It has randomized, hex-grid battle maps similar to "Battle Brothers" and a grim but whimsical character aesthetic similar to "Darkest Dungeon."

At the game's start, players create a party of three, choosing from 11 human character classes, each of which fulfills various combat roles, such as protecting allies, melee and ranged damage, healing and support. More allies are gained as the game progresses, and up to six can be taken into combat. Additional allies on the roster will ride the bench, and sidelined characters can be swapped in based on mission needs or as replacements because of injuries.

The allies Urtuk can recruit to his party will even extend beyond the human, picking up the fantastical and abominable, such as vampires and varieties of mutants. But everyone is sort of a mutant in "Urtuk."

There are no skill trees, although the classes do start with some basic abilities. But additional skills are learned by equipping mutators, harvested from the bodies of slain enemies. Mutators can come with downsides, such as reducing maximum health in exchange for more damaging attacks; and over time, characters can absorb these mutators, making their bonuses permanent and freeing up a spot to equip another skill-granting mutator.

It's a pretty interesting concept that I haven't seen before, and it works really well here with the theme of the game.

The game eventually expands to include dozens of character classes, and because of the skill acquisition system, even characters of the same class can behave quite differently. This opens up a lot of combat depth and synergies.

Combat will often find Urtuk and his allies facing large bands of enemies who sometimes have taken hostages or must be stopped within a certain time limit. Occasionally, nonplayer characters rescued from enemies can be recruited to the party.

The randomized nature of battle maps can be a bit unforgiving, as characters can find themselves blocked by terrain and forced to take long paths to find the enemy. The terrain is also part of the battlefield — hazards, such as rocky, spiked sections that cause damage when moved over can be used to players' advantage or to their disadvantage by the enemy.

Many of the skills available also involve pushing or pulling enemies and allies, so throwing enemies off a cliff or sending them flying into spikes can help trivialize some fights. Just be aware that enemies can use the same tactics on you!

In addition to battles, there's also a regional overland map, and Urtuk's party moves from node to node, freeing settlements, visiting shops to buy upgrades or sell excess equipment, and finding roving bands of enemies to fulfill contracts and bounties.

"Urtuk" offers a lot of replayability due to its roguelike nature. No two play-throughs are going to be the same, and there are five difficulty levels for those who seek a serious challenge. Permadeath also exists for characters, although the first time they fall in battle, they'll become wounded. Those wounds can be healed, given medicine and time, but if a wounded unit goes into battle and falls again, he's permanently gone. And if it's Urtuk, it's game over.

"Urtuk" is a pretty impressive first showing from Mad Sheep Studios. It does a lot of things right, and while the game can be a bit of a chore to grind through late at night, it offers a coherent, cohesive experience and is definitely worth considering for the turn-based RPG enthusiast.