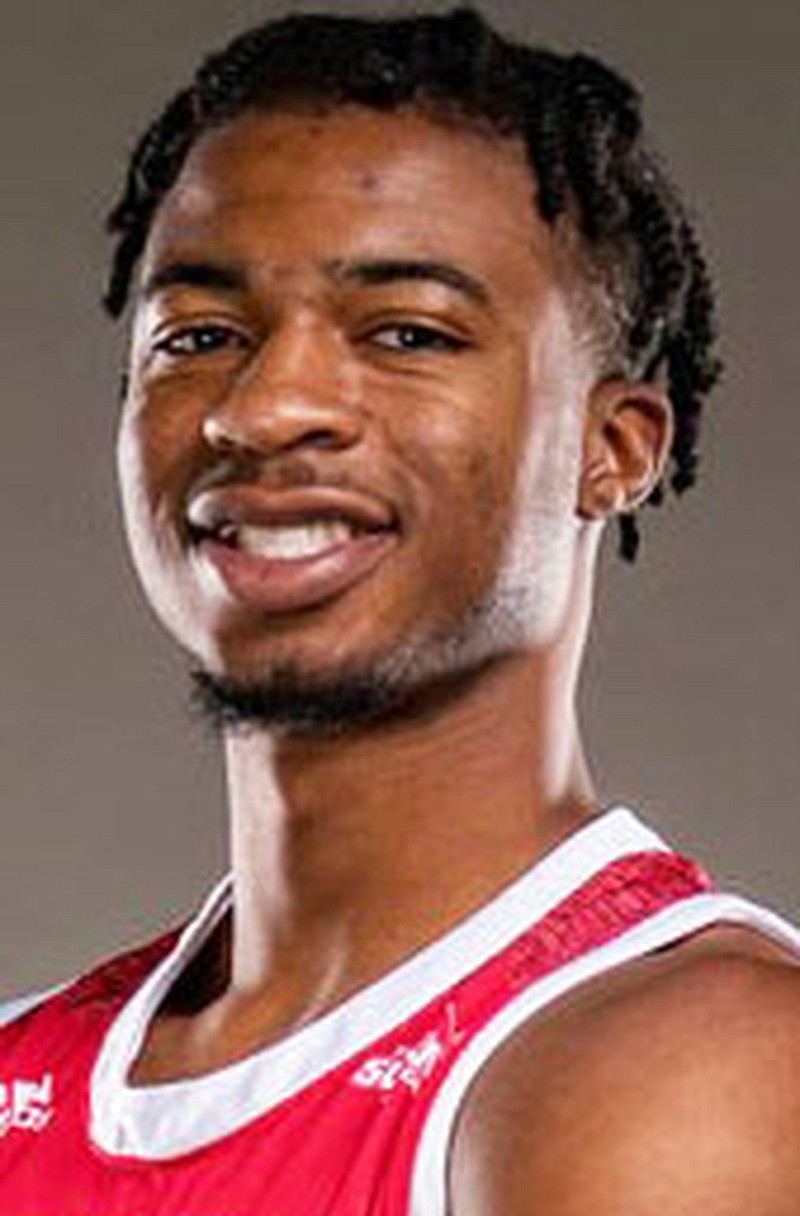 Former South Dakota wing Stanley Umude, who is considered one of the top players in the NCAA transfer portal, plans to attend the University of Arkansas as a graduate transfer.

Umude, 6-6, 210 pounds, was the nation's ninth-leading scorer at 21.6 points per game last season. He also averaged seven rebounds and scored in double figures in every game but one. He had a career-high 41 points in a win over South Dakota State.

Busting Brackets and The Athletic list him as the No. 34 available transfer.

"I think the fit was good for me," he said. "With Coach Musselman, I know he's a former NBA coach. He's got experience getting guys to the NBA and really developing, especially transfers.

"Considering everything I'm trying to get done as far as winning as many games as possible and making a NCAA Tournament run and ultimately making it to the NBA, I just think this is the route to take."

A Zoom meeting with Musselman and staff was a defining moment in the process.

"I think it clicked for me when I had a Zoom with Coach Musselman and how detailed they were on doing homework on my game and just making sure I knew that I was a priority," he said. "I think that's when I knew this was the move to make."

He had 13 points, eight rebounds and a blocked shot in South Dakota's 77-56 loss to Arkansas in Walton Arena in November 2019. Coyotes Coach Todd Lee worked for Musselman as an assistant for the Rapid City Thrillers of the CBA.

"We are excited to welcome Stanley to the Razorback family," Musselman said. "He brings great versatility and was extremely well-coached at South Dakota by Todd Lee. He has a lot of experience and has a winning background.

"We feel the addition of Stanley and Au'Diese [Toney] on the wings will give us the ability to play position-less basketball."

As a junior, he averaged 16.7 points, 6.3 rebounds, 2.1 assists per game and was named second team all-Summit League.

As a sophomore, he was a first team all-Summit League performer after averaging 14.4 points, 5.5 rebounds and 1.4 assists.

Umude explained how Musselman wants to use him.

"I'm going to be used on the perimeter taking advantages of mismatches and some isolations, and getting out and running in transition and turning defense into offense," he said.

Lee's relationship with Musselman helped the Hogs but wasn't a deciding factor.

"It really didn't play that much of a role," Umude said. "I asked Coach Lee about Coach Musselman and how he is as a person. He gave me good feedback on that. To me, he's a good guy. He loves winning. That's what I'm trying to do."

He attended San Antonio Warren High School and averaged 23.2 points, 6.2 rebounds, 2.4 blocks and 2.1 assists per game as a senior.

Umude is the third transfer to sign with Arkansas for next season. Former Miami guard Chris Lykes committed to the Razorbacks on Wednesday. He was the No. 6 available transfer, according to Busting Brackets, and The Athletic lists him at No. 30.

Busting Brackets also rates former Pittsburgh wing Au'Diese Toney the No. 16 transfer, and The Athletic rated him the No. 44 transfer before he signed with Arkansas.