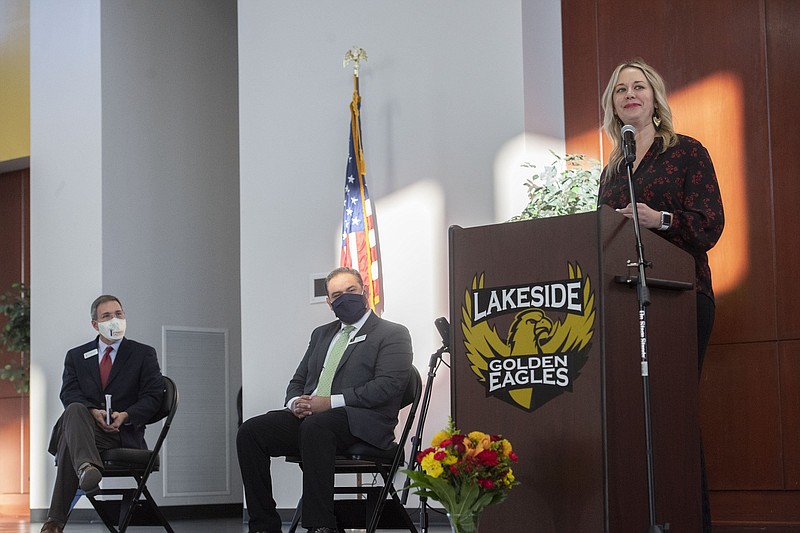 "We are proud to recognize Chelsea Jennings as the 2021 NASSP Assistant Principal of the Year for her tremendous leadership in developing a positive school culture to ensure the well-being and safety of her students, their families and their community," said Ronn Nozoe, the association's chief executive officer, in the release. "We salute Ms. Jennings' drive and efforts to prioritize the social-emotional well-being of her students through innovative solutions and continued advocacy. During one of the most challenging years ever faced by the education community, it's inspiring to see how Ms. Jennings has worked to support and empower families to feel safe and connected."

Jennings is in her fifth year as assistant principal at Lakeside. She taught two years at Kelly Middle School and six years at Springdale High School before becoming a district teacher on special assignment, according to the Springdale School District's website.